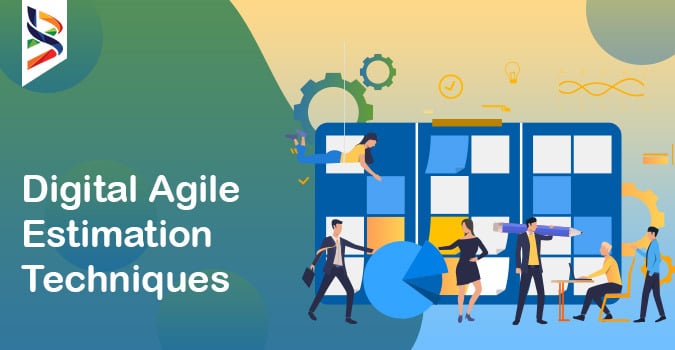 Despite the fact that most marketers have abandoned the idea of Digital Agile Estimation entirely due to its difficulty, it’s possible that they’re still attempting to estimate using the old way. Estimation used to be measured in terms of the number of days or hours it took to complete an assignment. T-shirt sizing is a different old-fashioned way in a project environment.

When someone is getting ready to start working, they estimate hours or days on a finite scale. As I type this, I estimate that it will take me between one and two hours to complete. In the short term, this is a sound decision, but it’s not a useful criterion to use for long-term planning.

T-shirt sizing is an excellent initial step for any new campaign or initiative that is being evaluated. We have the ability to sense whether a project is little or large, but we don’t have any figures. Using storey points and a modified Fibonacci sequence is an “agile” technique to estimate. It’s a number sequence that, despite its strange character, is designed to provide an appropriate range for comparing one person’s work to that of another.

Instead of conducting the estimation procedure for each contributor individually, a team does so. To complete the project and make it accessible to the user, for example, blog posting may require the services of a designer, writer, editor, web developer, and designer. Consequently, the team might consider the story to be five points. It’s not large, but it’s not small either. They can then compare that with a press release, determine that it’s less and thus give it the number.

Where the numbers fall on the scale is determined by the efforts of the team members. If the task is truly complex, or something that’s new to the team and isn’t used to the work is slightly more weighted.

The principle behind the estimation of story points is that everyone in the team talks about the project and come to a shared knowledge of the work. Once the team has worked together for a while, it’s easy.

The fundamental principles of agile estimation are: to make use of an estimation that is relative, permit discussion to gather more details about the issues, build trust and understanding about the options, build an environment where the team is committed to the task set out and improve collaboration among team members by working together. Estimation is conducted using relative units generally stories.

A few points of caution Beware of comparing the estimations of one team to another’s because one team could declare a press release while another could claim it’s an event when the effort is identical. The estimate is only to be used by the group. Don’t make the conversion of story points to days. If you claim that points equal three days, you’ve removed the significance of relative estimation. Just refer to it as days. The good thing is that the majority of marketers are quite adept in the area of relative estimation and can master it quickly.

Here are seven short estimation techniques that aren’t as time-consuming as Planning Poker.

Participants use numbered playing cards. Participants estimate what they are voting on. The vote is anonymous and discussions are triggered when there are significant differences. Voting continues until the entire team has come to a common understanding of the correct estimation. Planning poker is a great option when you need to estimate a tiny amount of things (max 10,) for a tiny group (5-8 members). Tips: Try to keep the vote between numbers that are affordable. Make sure you maximize the highest card to 13 points.

This is an excellent method to estimate the size of a backlog of relatively big items. Particularly when there are several simultaneous scrum teams working on the same project. The items are categorized into sizes for t-shirts: XS S M L, and XL. The choice of size is made based on an open conversation. This is a casual and efficient way of getting an idea of the amount of the backlog.

If you’re faced with an extremely small number of objects and in need of a simple and efficient method to estimate it is possible to use Dot Voting. This technique is a result of decision making, and you could use it to estimate. Every person receives a tiny amount of tiny stickers and they can vote for the items individually. The higher the number of dots is an indicator of larger size. This is a great tool for large and small groups. You must limit the number of estimated items.

A lot faster than making plans with games is more efficient than planning with the Bucket System. This is a great alternative for estimating a large number of things that involve a large number of players. Make several buckets within the pattern of playing planning poker. The group will estimate the items by placing them into those “buckets”. Buckets are typically various sheets of brown paper which you can put a sticky note alongside the item. However, you can also use real baskets to avoid discussions about items that are already processed.

A very fast method of rough estimating is the Large/Uncertain/Small method. The team is required to put the items into either of the categories. First, it is categorizing the most obvious items into two categories. Then, the group will discuss more complicated items. This is a simplified version of this system of buckets. This is particularly good for smaller groups that have similar items. You can then determine the sizes of these three categories.

This approach is based on identifying patterns in the estimates. The group is required to organize them. It is best to do this using a visual method and then order them from small groups to larger ones. It is best to use smaller groups of people and a smaller amount of items. It is possible to assign estimations to the various groups.

This is an exercise in which you will get a clear picture of the size and relative weight of the items. This is most effective in an expert group of a few. The items are put randomly on the scale label that ranges in height from low. Each participant is asked to move a thing on the list. Each move is one spot lower or one higher if you pass the turn. This process continues until the team members do not want to move anything and has passed their turn. The ordering protocol is a way to get precise estimates of size. Best suited for a small number of people and an abundance of things.

Digital Agile Estimating and having assurance can be life-saving for marketers, who are among the most pressured groups with whom we have worked. Sure, it takes some effort upfront, but those who can estimate and be confident in the quantity of work they can do will be able to work at a realistic and sustainable rate.