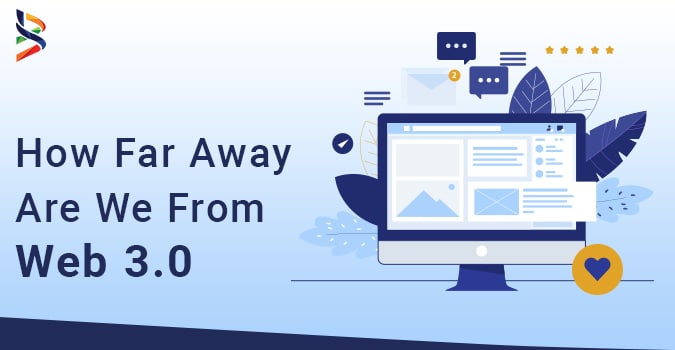 Today the seeds of web 3.0 are starting to take root. The third iteration of web technology brings us the decentralized web: a place where services will be distributed rather than localized, where users own and control their data, and where smaller players take back power from corporate giants like Google and Amazon. First was web 1.0, the original form: A network of pages tied together by hyperlinks, interconnected in a self-referencing mesh. Then came web 2.0, the social web: blogs, forums, social media platforms, endless channels ﬁlled with user-generated content created by and for the same audience that made it.

The exact meaning of web 3.0, and how it will change our digital lives, is still in the process of being deﬁned, but web decentralization is a trend that exists in the present, and an idea that is gradually taking hold. It represents an essential progression for digital culture, but also a return to the values of the original web, where you have decoupled the autonomy and the creative expression from commercial interest.

Web 2.0 has evolved to become highly centralized around massive platforms running out of ever-larger data centres, creating many issues surrounding security, privacy, control and concentration of power in the hands of large enterprises.

Here, we unpack the principles of the decentralized web and the related technologies: the problems it addresses, the solutions it offers, and the future that it suggests.

Public Blockchain such as Ethereum provides the decentralized platform to run smart contracts and removes the middlemen enabling the individual to communicate directly. In Web 3.0, Apple, Google, Facebook to name a few would have no control over the data of the users, which would result in high security and privacy. Ethereum would provide a platform where we will have decentralized data, where no entity will be able to alter the code without the permission of other entities in the network. Moreover, no one will have the right to block websites and services. Because data will be decentralized and distributed, it will be difﬁcult for hackers to have control over the entire network. However, data cannot be erased or altered once it is in the blockchain. This will create a continuous flow of accurate information and ultimately result in no data loss.

Today, applications are OS-speciﬁc which means it runs on a single operating system. Web 3.0 will provide easy to customize, and device-agnostic applications, i.e. applications will run on any device which includes television, refrigerators, microwaves, sensors, smart-phones and many more devices.

xDistributed Denial of Service (DDoS) attack will be drastically reduced! Due to the decentralized system, there will be continuous data processing; nobody can block the system to stop a service; no single hardware infrastructure can hold the service. It will have multiple backups to prevent server failure.

The blockchain will be a core part of web 3.0, but the next generation internet will also see the convergence of the Internet of Things and big data analytics. Dataﬁcation is the transformation of social action into online quantiﬁed data, thus allowing for real-time tracking and predictive analysis. Simply put, it is about taking previously invisible processes/activity and turning it into data that can be monitored, tracked, analyzed and optimized. Latest technologies we use have enabled lots of new ways to ‘satisfy’ our daily and basic activities. Dataﬁcation is a technological trend turning many aspects of our lives into computerized data using processes to transform organizations into data-driven enterprises by converting this information into new forms of value. Dataﬁcation refers to the fact that daily interactions of living things can be rendered into a data format and put to social use.

Internet of Things (IoT) is the concept of connecting any device with an “on-and-off” switch to the Internet (and/or to each other). This includes everything from cell phones, coffee makers, washing machines, headphones, lamps, wearable devices and almost anything else you can think of. This also applies to components of machines, for example, an aeroplane jet engine or the drill of an oil rig. As mentioned, if it has an “on-and-off” switch, then chances are it can be a part of the IoT. The IoT is a giant network of connected “things” (which also includes people). The relationship will be between people-people, people-things, and things-things.

There are many examples of what this might look like or what the potential value might be. Say, for example, you are on your way to a meeting; your car could have access to your calendar and already know the best route to take. If the traffic is heavy, your car might send a text to the other party notifying them that you will be late. What if your alarm clock wakes you up at 6 a.m. and then notify your coffee maker to start brewing coffee for you? What if your office equipment knew when it was running low on supplies and automatically re-ordered more? What if the wearable device you used in the workplace could tell you when and where you were most active and productive and shared that information with other devices that you used while working?

The Architecture of a Web 3.0 application

Take Medium, for example, a simple blogging site that lets users publish their own content and interact with content from others.

As a web 2.0 application, it may sound simple, but there’s a lot that goes into Medium’s architecture to make it all possible:

First, there must be a place to store essential data, such as users, posts, tags, comments, likes, and so on. This requires a constantly updated database.

Second, backend code (written in a language like Node.js, Java, or Python) must define Medium’s business logic. For example, what happens when a new user signs up, publishes a new blog, or comments on someone else’s blog?

Third, frontend code (typically written in JavaScript, HTML, and CSS) must define Medium’s UI logic. For instance, what does the site look like, and what happens when a user interacts with each element on the page?

Putting it all together, when you write a blog post on Medium, you interact with its frontend, which talks to its backend, which talks to its database. All of this code is hosted on centralized servers and sent to users through an internet browser. This is a good high-level summary of how most Web 2.0 applications work today.

Instead, you can leverage blockchain to build apps on a decentralized state machine that’s maintained by anonymous nodes on the internet.

By “state machine,” I mean a machine that maintains some given program state and future states allowed on that machine. Blockchains are state machines that are instantiated with some genesis state and have very strict rules (i.e., consensus) that define how that state can transition.

Better yet, no single entity controls this decentralized state machine — it is collectively maintained by everyone in the network.

And what about a backend server? Instead of how Medium’s backend was controlled, in Web 3.0 you can write smart contracts that define the logic of your applications and deploy them onto the decentralized state machine. This means that every person who wants to build a blockchain application deploys their code on this shared state machine.

The Metaverse is coming!

The Metaverse is on its way, and it’ll arrive sooner than you think. It’s already being constructed. The race is on to see who can accomplish it first, and I am confident that whomever is first to do it and make it available to everyone will revolutionise the internet’s landscape, the global economy, technology, and, in general, the flow of information.