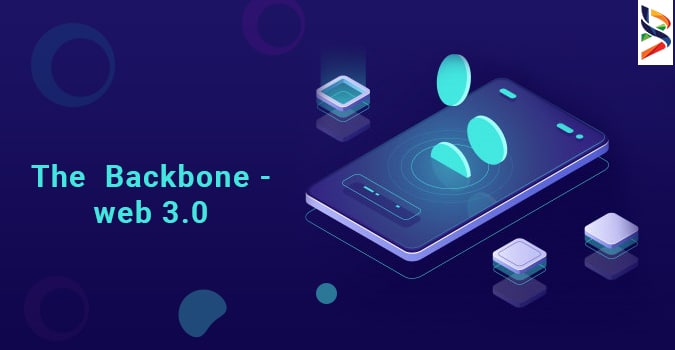 How Web 3.0 Will Be The Backbone of Decentralised Protocols and Digital Tokens or Payment?

Cryptocurrencies are the most powerful application for blockchain. It’s a fact. In the end, they
won’t only be used to speculate. They’ll become a way to trade value between individuals or
organisations, and eventually machines.

Cryptocurrencies are a protocol-native payment solution

The networks of the present are closed, private areas of information that can only connect to the
outside world via defined interfaces. In the future, these systems will require more flexibility and
autonomy in order to collaborate to serve us in ways that were not feasible previously.

Consider the annoyance that currently exists in online payment, for instance. Transactions at
banks are slow for reasons. There’s no way to know how they work. If you’re not at PayPal or
Venmo and you do not know why your funds can take between 3-5 business days to be
deposited into your account.

It’s also interesting: the HTTP protocol comes with the 402 payment required status code. It’s
probable that this was meant to be used to create an integrated digital payment system,
however it was never created.

In the near future, all services that require some type of payment will be speaking the same
system at the level of the network which will make conditional transactions so simple that
developers don’t need to consider the complexities in the same way that the web developers of
today don’t require a deep understanding of the workings of protocols such as TCP/IP.

Decentralised platforms such as Ethereum allow systems to exchange value within a trusted
environment. They implement the commands of smart contracts precisely as they’re
programmed, and secure transfer possession of tokens in digital form.

In the present, many initiatives are working on their own utility tokens which is a token that
grants access to a service or platform and functions as a kind of access key.

To get the most accurate sketch of how utility tokens can be employed, let’s look at the services
of a “decentralised” company, one which is a perfect match for Blockchain technology

Utility token is at the heart of its ecosystem. It will be the primary currency to pay for its services

and that means you’ll exchange fiat in exchange for tokens , and use the tokens to pay the cost
of your accommodation. It’s important to point out that the exchange between fiat and tokens
requires good UX to dispel the notion that you’re purchasing a cryptocurrency. The entry barrier
needs to fall as little as possible otherwise , we won’t see widespread acceptance.

Blockchain technology allows peer-to-peer transactions and, when you’re paying the cost of
your hotel stay, you’ll send the money directly to the hostnot through an escrow service.
Naturally, there will also be logic within the protocol to deal with disputes and to manage the
flow of money. Since it’s services could cost just a small portion however, it’ll be much smaller
than banks’ or the fees of a payment processor due to the lower processing costs.

When you’re a host and recently been paid for a weekend reservation You’ll have these tokens
in your account. You can cash them out if you want to receive exactly the amount that you
agreed to in fiat. You’ll also be able to hold the tokens and take a part in the ongoing growth of
the service, and directly benefit from the increase in the value of tokens.

At present only those who purchase stock of companies can gain by the worth of the business.
The value of a business is determined from the value it generates and is usually created
through its network. It could be a system that is composed of trucks with high efficiency or truck
drivers, as well as supply chains. For digital networks such as those of Facebook and Google
the value is calculated from the use of their services, the amount of active users, as well as the
data that is generated. Users do not gain anything by scrolling through Facebook although
Facebook has a lot to gain from your time and attention. time. Utilising utility tokens traded in
public markets allows all users to take part in the benefits of an effective service.

The capabilities that will be offered by Web 3.0 will be decentralised platforms that have levels
of abstraction complexity. The protocols behind them will function as middleware, exchange of
data and money. Value will be created through incentive-based networks that will benefit all the
participants including consumers and producers.

Internet Was Meant To Be Free – Historical Trends

The very first version of the internet was just a passive, “read-only” web with very little
interactivity between its users. The majority of us were users of data.

Web 2.0 was born. Web 2.0 came around at the beginning of the millennium with the “read-write
web” protocol, that was based on social networks blogs and wikis, which allow users to create
or share content of their own which enhanced their participation and collaboration. We started
communicating with one another and sharing information using centralised services offered by
large corporations in their “walled gardens” where you communicate with your friends via their
networks. Our smartphones and laptops were essentially screens. This is so much that
nowadays, we can’t perform anything productive in the absence of the cloud.

Web 3.0 is the next stage in the current experience and it is the “read-write-execute web”
protocol. The technology in Web 3.0 can understand, blend and automatically interpret
information to provide users with significantly more immersive and interactive experience.

This could be an alternative to a centralised website that could challenge the power of tech
giants, by shifting away from relying heavily on a handful of firms, technologies and a small
portion of internet infrastructure.The issue of privacy and misuse of data today is a reminder of
the early 1990s debates in which lawyers and journalists debated on the impact that national
laws could exert over internet regulations. Today, governments are eager to improve regulation
in their own countries.

The bitcoin phenomenon, as a real case of decentralisation on the internet has been recently
discovered with the rise of crypto currencies. Decentralised systems do not necessarily
eliminate unbalanced systems of power, they are able to replace them with a difference. Bitcoin
is a system that saves documents of financial transactions in computers connected on the
internet and is designed to evade traditional financial institutions and give individuals more
control over their finances. It operates in a parallel fashion to traditional banking regulations and
has gathered acceptance as a viable alternative to the traditional bank.

Unified Payment Interface (UPI) is the biggest decentralisation effort of the GoI through the
Digital India initiative. It has grown exponentially over the past two years. Up to 2.3 billion
transactions in the amount of 4.2 trillion were recorded by UPI in just one month.It took UPI
three years to reach one billion transactions per month. The five-year-old digital payment
system UPI will soon surpass the world’s majors like Visa as well as MasterCard as the most
popular method of payment. By seamlessly integrating several payment methods through an
interface that is single that gives users greater control over their money contrasted with
traditional banks.

What is the global trend of Digital Payment?

With a keen eye on foreign markets too the globalisation of RuPay and UPI has been
revolutionising the world of payments and the number of UPI transactions is increasing.In order
to increase the acceptance in the use of UPI for merchants, the regulators recently removed
transaction costs such as merchant discount rate and payment service provider fees from
banks, and they are forced to consider alternative revenue models.To ensure UPI’s universal
acceptance the free market structure is better suited for stability in markets and a continuous
exponential growth where the pricing model and costs are not set through institutions, but
through market force.

The decentralisation of digital payments is therefore in line with the speedy use of digital
technology in the future of creating sustainable jobs, thereby reducing the urban-rural economic
gap.