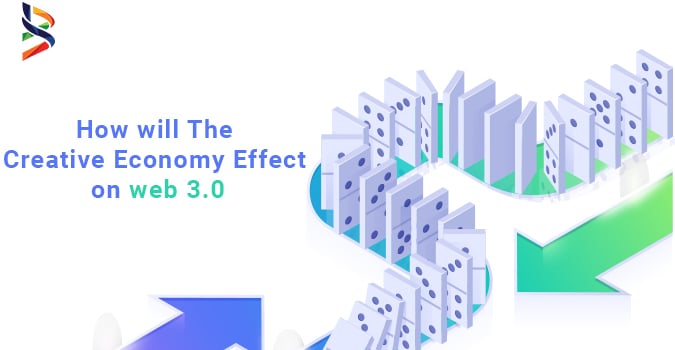 How will the creative economy effect on web 3.0?

We are in the third stage of the Internet. Many Web 3.0 skeptics believe that
decentralization will not change anything. I disagree.
Coinbase CEO Brian Armstrong believes that Web 3.0 is nothing new. He said
that we are re-decentralizing the Internet. In other words, what was the Internet
like in the beginning and why?
He said that we need to “test the power of large technology companies,” also
because many countries are excluded from the economic prosperity of creators.
Ask a creator like Chinedu, my friend in Africa. It is difficult for them to make
money through PayPal and Stripe. However, people like me always take this for
granted. The luck of your birthplace should not affect whether you can join the
creator economy and make a living from it.
Creativity is not restricted by the country of origin. Web 2.0 makes us think it is.

Before CEO Jack Dorsey saw the power of Web 3.0, Twitter had never shared
revenue with its creator, and now he is set sail again. He publicly announced that
he will decentralize Twitter and turn it into a Web 3.0 product. In addition, Twitter
has just launched a “super follow” feature that allows creators to make money
from content.

In addition, there is a new comment communication feature that allows creators to
charge for paid communication. This is not all. The best features have been
introduced recently. Twitter has now opened cryptocurrency services. You can

use Bitcoin to transfer money on Twitter. For example, if you ever tried to send
money from the United States to El Salvador, this is the new rule of the game.
Twitter proved that the migration to Web 3.0 will happen 100%, albeit slowly.
However, Facebook, Instagram and TikTok have not yet understood this shift.
They allow content creators to work hard. The creator has a follower and gets an
algorithm-controlled view that can decide whether to like your hoodie color
tomorrow. They use this content to attract consumers and show them
advertisements. This $0 advertising revenue will be shared with creators. Please
read it again.
When content platforms first appeared, we were just happy to be able to use them
without spending a penny. Now we are used to it. Our standards have changed.
Creators hope to share the benefits of our content to the platform fairly. This is
reasonable. However, unless Zuckerberg is forced to sell ads and share the
income instead of buying another house, the change will not happen.
If creators no longer provide content for free, what will happen to platforms like
TikTok? Please imagine.

How is Web 3.0 different? Ownership. Creators want to own the platforms they
create and have voting rights. When platforms make money, they also make
money.
Form a content review policy through voting rights. It is done through blockchain
consensus and the mandatory trust of thousands of computers around the world.
Web 3.0 is different. The function is determined by the user through a democratic
process. If a group of users don’t like it, they will create a fork. Forking refers to
running two versions of the same platform with different characteristics.
When ownership is fixed and transparent, the motivation will change. Ownership
leads to user democracy, rather than a dictatorship philosophy similar to web 2.0.

Smart contracts contributed to this revolution:

At the beginning of the 21st century: Make a website.
2010s: Development of applications.
1920s: Deploy smart contracts.
Many people misunderstand the role of Ethereum in the new creative economy.
Ethereum allows machines instead of humans to execute smart contracts.

The Web 2.0 version of the Internet we use is not built for content ownership. If
you want, you can take any video from the tubing.
Smart contracts change this. The smart contract tells everyone who is the owner
of the content. The creativity of NFT is to transform your content into portable
digital assets so that you can publish it anywhere on the Internet.
According to expert Eric Jorgenson, the current era of web 3.0 is only due to the
following three differences:
Web1 = free release
Web2 = free communication
Web3 = free trading

Now that Web 3.0 solves the content ownership problem and makes our digital
assets portable, as creators, we can find more ways to make money.
Mike Novogratz stated that we will “see the transition from businessman to
creativity.” Creators will have a way to monetize their creativity. Not only artistic
creativity, but also all kinds of creativity.
He even said that we will wear NFT on our t-shirts, and only when we wear AR/VR
glasses can others see it.
You can share funds with multiple parties. You can transfer content from one
platform to another according to which platform is better. Creators from all over
the world will be able to collaborate and come up with crazy ways to make money
from our work.

Creators will accelerate the development of Web 3.0, because we just want to be
paid so that we can engage in creation full-time. Once content capturers release
us, more ways to make money will drown our creative economy and brains.

Next wave of Decentralization:

The next wave of decentralization will be Youtube, Spotify and Facebook. Now is
the best time to become part of the creator’s economy. Observe the transitions
that take place in front of your own eyes and port any content type you like to Web
3.0. This is how to use this great opportunity as a creator.