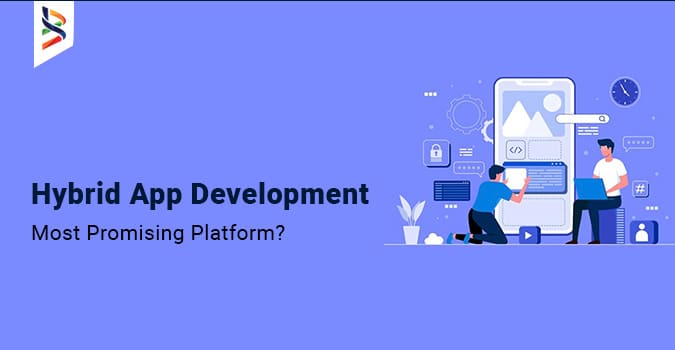 Hybrid mobile app technology allows developers to create one piece of code that can be executed on different operating systems like Android, iOS, and Windows. You only need to create one app in Hybrid App, and it will run on multiple platforms. These apps don’t take extensive development time.

An app that isn’t elite for a particular operating platform is called a hybrid app. It uses JavaScript, CSS, HTML5 languages and a third-party product that wraps the code to make it behave as a native app on other mobile operating systems.

The hybrid is called such because it contains two parts. The first is the back-end code which is written using the above languages. The second is the native shell that makes the app available for download.

After a hybrid app has been created, it can be submitted to all available stores such as AppStore or Google PlayStore. Because of its benefits and payback, Hybrid App Development is rapidly gaining popularity in the app development industry.

A hybrid mobile app is cheaper than a native or web app and can be built much faster. Cost efficiency is a key component in helping businesses build and get their products to market quickly. PhoneGap, Xamarin, and other frameworks allow developers to speed up the app development process while also helping to reduce cost and time.

Predictability of user experience across different mobile platforms is the main purpose for hybrid applications’ popularity. The app will respond quickly on different devices and provide a seamless experience. Hybrid apps rely on the possibility that “information is just a tap away”. It is able to display information faster and change with different screen configurations instantly. This helps reduce the risk of data loss. The hybrid application UI-UX design is lightweight and can stack top-notch designs quickly.

Hybrid apps, which are similar to native applications, use the device’s internal programming framework through an overlay that allows for consistent synchronization between compatible applications. This reduces integration problems for designers. The hybrid apps work well with the native apps on the device, such as messaging, GPS, camera, etc. to ensure a seamless user experience.

Hybrid apps store the API of the device to save offline information. This allows the application to be loaded quickly. It stores some data that users can access in times of low or no internet. Afterwards hybrid application allows users to access application information offline without any execution problems and reduce mobile data usage. This is why hybrid mobile apps are so much better than native mobile applications.

A hybrid application is not like a web app, but it makes use of many of the features available on the phone. Although native apps use all features of the device, it can be difficult for developers and users to keep up with them. Developers must accept new forms as updates, and users will need to update the application every time a new version is launched. Hybrid applications avoid the need to form and make application maintenance simple. They can also be updated progressively. Enterprises also appreciate this level of flexibility.

Firstly every business needs a mobile app to be competitive and quickly enter the market and Secondly, this task is made easier and faster by hybrid mobile app development.

Hybrid Mobile Apps are a great option for situations where speed is a priority. It is also a good option for those situations where it would be prohibitively expensive to target each platform with every native app. Performance and control are essential for companies that need to keep up with the latest developments.