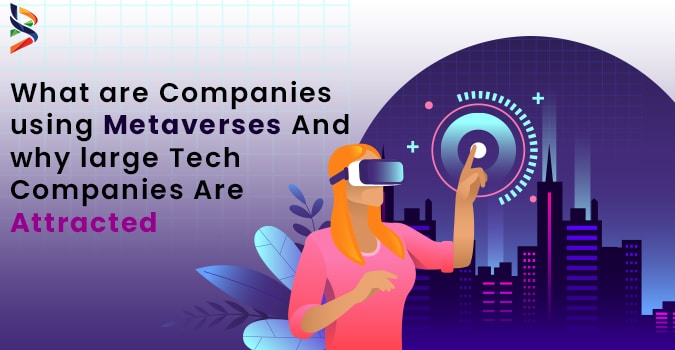 In the last few weeks, we’ve received a flurry of information concerning the”metaverse ” and Mark Zuckerberg’s interest in this universe has brought it more and more attention. It is the reason Facebook has recently announced that he will transform Facebook from a social media platform to a metaverse business within five years. But he’s certainly not alone. as Nvidia, Sony, and Microsoft are also major technology companies betting on the new world.

According to a study by Bloomberg Intelligence, this digital environment is so promising for economic potential which it is projected to grow to 800 billion in the middle of the decade and by 2030, that number is predicted to grow to 2.5 trillion. When you look at these numbers, it’s clear why large technology companies consider that the “metaverse” is the next frontier for the Internet.

This concept is explained in greater detail and explain how businesses can use metaverses to enhance their operations. Be attentive!

Metaverse refers to the combination between physical and augmented as well as virtual realities within a shared online space.

This kind of environment lets humans communicate economically and socially by playing virtual avatars that acts as a sort of representation of reality, breaking through boundaries in terms of physical and economic. This is the reason why many people see that the virtual world as being the future for the Internet.

While it might appear to be like a novel, and is a very modern concept however, it was first coined at the time of 1992 Neal Stephenson’s science-fiction book, “Snow Crash.” The novel presents the idea as a way to escape the physical world which was becoming a nightmare, and its escape route was through a virtual world.

In reality, only one year later, 1993 The Metaverse, Steve Jackson Games company, introduced MOO, a virtual-reality system where multiple users could connect simultaneously. However, the anticipated results did not materialize due to the fact that Internet connectivity wasn’t as widely available and there were not many investors willing to take on the risk. As a result, many firms (OZ Virtual, Linden Lab, Somnium Space …) joined by launching similar initiatives, however they’ve not had much success.

Because it is a virtual universe Metaverses’ characteristics are vast However, the ones listed below are the most important ones:

What do you have to accomplish in metaverse?

While it might appear to be an alternate universe of science fiction however, in the metaverse it is feasible to perform actions as diverse as going to virtual concerts, travelling and shopping, visiting the cinema or trying on clothes and so on.

It could also alter how we do business in the future, as video calls may quit the 2D screen and be converted into a virtual format.

However it is designed as an industrial scale workspace in which all sorts of machines and systems can be evaluated by using digital twins. This aids in the identification of potential problems and enhancements before implementing them in a real-world setting.

What exactly is a metaverse corporation?

One of the most important aspects in the world of metaspace includes interoperability which will permit it to not be an uncontrolled platform controlled by handful of companies, but instead the result of interconnected spaces which allow us to freely move between different places. Furthermore, it includes the benefits of a full-time economy that encompasses both physical and the virtual worlds that is, the concept of “embedded internet”, it is distributed.

The possibilities for a business can be a variety of things, from social interaction as well as entertainment, office work and payments, health retail products for the consumer, hourly work and so on.

But, there’s plenty of work to be completed in the field of development including resolving the numerous issues that this virtual universe has to face in addition to making lighter and more comfortable VR devices and removing the obstacles that must be faced when it is time for mass adoption to be real. We live in the “proto-verse,” like the early days of the Internet in that there are various virtual worlds which are distinct however, they aren’t connected to one another.

Mark Zuckerberg, CEO of Facebook has been positioned as the standard bearer of this virtual universe . He is currently creating his own metaverse as well as an identity change for his social media platform, but this isn’t alone. Numerous companies have started various initiatives to promote the technology including Microsoft’s HoloLens and Sony’s VR helmets, Facebook’s Oculus, Epic Games’ video games as well as Alibaba’s Ali Metaverse, a new video game studio that is based on Tencet’s metaverse and even the creator of TikTok has already expressed his fascination with this kind of technology.

As we mentioned above numerous companies are striving to be among the first to attain the goal of creating the most advanced metaverse as quickly as they can. Here are a few examples:

Microsoft has been astonished in the previous edition of Ignite with the presentation of Mesh the virtual reality betting system that is intended to be used predominantly, within Teams and has the same momentum as its HoloLens2. The tech giant defines Mesh as a possibility that “enables the sharing of experiences and presence at any time, with any device using mixed reality apps.

They also talk of avatars, or even “holoportation” in the work environment to enhance the efficiency of decision-making and speed of problem solving.

While the metaverse isn’t yet a tangible thing but it is a groundbreaking idea and the current technology is bringing it closer to achieving that economic worth. Based on previous experience it will be integrated into the platforms slowly by little, just as the Internet has been since its inception. The result will be an revolutionary change that will affect every industry.

Brisk Logic, we have completed projects that might be placed within the metaverse like the following ones:

One example is that designed by Telefonica Movistar with Evergine. It’s a platform which lets users view multimedia content across various devices and media and connects users who have the same experience. What is referred to as “the TV of the future..

We created a platform that users could connect to, and have private and public rooms with a complete sync between playback and communicating via voice and expressions. Users can also make and modify avatars, and connect to the Twitter panel, which filters tweets by content, and integrate with Facebook as well as the avatar of an administrator who can guide users on how to use the platform.

We were one of the very first Microsoft partners in Spain to create custom solutions using HoloLens 2. It is used in any type of sector like construction, energy, industries and medicine, smart buildings retail, etc.

With this arrangement that we signed, we’ve been able to develop innovative ideas including guided biopsies using Augmented Reality. We have developed an application for HoloLens that lets us visually visualize the scanner of a patient and the doctor is able to decide where to place the biopsy sample during the procedure. Healthcare personnel can review and decide on the best method to carry out the procedure.

Here at Brisk Logic, we have an unwavering commitment to moving new and innovative ideas forward every day. Metaverses are a new challenge that we’ve already embraced.