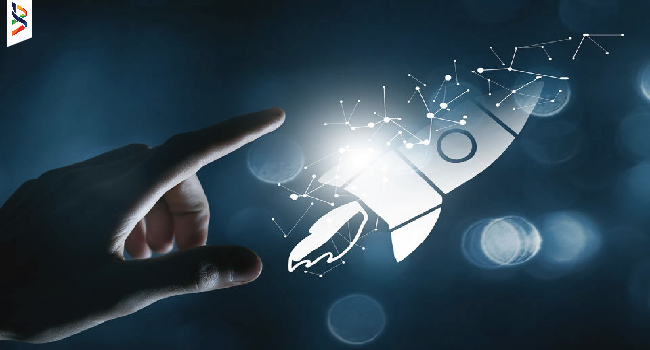 Product Development Frameworks for Startups In 2022

This has made it more difficult and competitive to develop a startup, particularly when choosing the right Product Development Frameworks

Entrepreneurs are putting their business ideas to the test more often. However, if the core product has not been developed correctly, even a startup with resources and solutions is not enough. If you are planning to start a digital startup, it is crucial that you choose the right Product Development Framework startup  framework.

Developers share a common goal: to use the templates and libraries provided by business development frameworks in order to create interactive, user-friendly web apps and products.

A good startup framework can also help improve the performance and productivity of development projects. The first step in achieving this is to choose the right startup framework. This blog will help you make an informed decision. So, let’s get started!

Startups are new businesses created to fill a gap in the market with innovative products or services.

Startups are typically founded by one to three entrepreneurs with limited cash, staff, and other resources. However, startups have a high growth rate due to the availability of irreplaceable and highly-demanded properties.

This is what Shopify and Dropbox are well-known for. Both were founded as startups but rose to prominence due to their unique offerings and hard work. 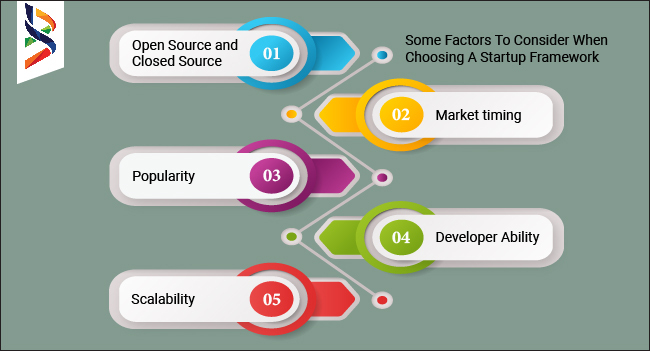 Closed-source programming frameworks will be restricted to businesses, which will need specific licenses. It is possible to make a smart decision by choosing open-source frameworks for a startup.

Developers can use the source code to work simultaneously on several projects and have ready-to-use resources.

Companies should consider how long it will take to get to market before they decide on a programming framework. Most startups want to have their MVPs ready as soon as possible to attract investors and customers. Startups should therefore use frameworks that facilitate quick product design to speed up the time to market.

Many frameworks like Ruby on Rails and NodeJS have large communities of developers and tools that can be used to assist them in their development projects.

Startup HR teams must conduct extensive research into the availability and qualifications of potential development staff before choosing a programming framework. HR executives are crucial when evaluating candidates for a particular framework. It is also easy to hire developers for most of the in-demand programming languages and frameworks.

New firms should examine the scalability capabilities of a framework before making their final selection. As we all know, startups have lots of potential for rapid development.

It is important to understand how a programming framework can help your startup business when your customer database grows or your resources become more limited. Entrepreneurs can also perform scalability testing.

Frameworks are a great way to speed up the development process, improve code efficiency, simplify debugging and allow developers to create apps quicker. Here are the best startup frameworks. 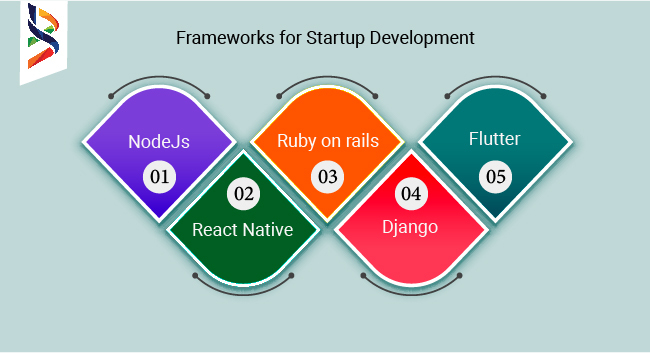 NodeJS is a great platform for startups because of its JS interoperability. This server-side environment is available for JavaScript languages and is open-source.

It was published for the first time in 2009. However, Express JS support has made it one of the most popular runtime environments. Slack and Udemy are just a few of the many organizations that have taken advantage of NodeJS’ unique capabilities for different initiatives.

React Native, a well-known framework for startup development was released in 2015.

It is one of the best mobile app development platforms available for both Android and iOS. It can be used with JavaScript to create Android apps, and Objective-C, Swift, or Swift to build iOS apps.

Because of its low-code functionality and support from the Facebook community, it’s attractive to new businesses. Facebook has tested ‘Facebook Ads” as a cross-platform programming platform. React Native has been used by startups such as Discovery VR, Wix and Myntra.

There are many reasons to use React Native Framework in Startups

React Native is another popular framework for startups. Here are some reasons you should choose React Native for your startup.

React Native is, as any other development framework is, insecure. However, features like Android Key store, iOS Keychain Services and authentication make it more secure.

Similar services are available for iOS keychains. They allow secure data collection and deep linking, which aids in secure data transmission. Key store on the other hand allows you to collect cryptographic keys and avoid their extraction.

Developers can create mobile apps faster with React Native. Young enterprises often start with very small budgets because they have significant investors who join them after the MVP’s success.

React Native allows developers to create a single script and reuse it for iOS and Android app development. Programming is also made easier by its reusable components.

React Native is an open-source programming framework with a vibrant community. The React Native community is active on GitHub. It has 99.3k stars on GitHub and 21.4k forks. This number will only increase. Facebook’s support also helps React Native stand out from its competitors.

Startups can easily find JavaScript developers because React Native is built upon JS. According to a recent Stack Overflow poll, JavaScript is the most used technology in 2021 with 64.96% of votes.

Rails are often regarded as a good programming platform for startups due to its model-view-controller (MVC) design.

Ruby on Rails (RoR) is the most popular name for this backend framework. It is popular among Ruby developers because of its do-not-repeat yourself (DRY), and active record pattern functionality.

It offers coders a variety of ‘Gems,’ which are startup-friendly frameworks. RoR distributes Gems to developers. Large brands such as GitHub, Twitter and Netflix use Ruby on Rails.

Django is a great framework for startups that have been encouraged to use Python a fast-growing programming language.

Django is known for its quality. Django is also a popular web framework due to its integration capabilities. Statista’s survey also ranked Django as the most widely used web framework internationally, with 14.99% votes.

This open-source, high-level framework is ideal for both front-end and server-side Python development as well as HTML application development. Many publications also provide information on how to use Django for machine learning models.

Why Startups Should Use Django Framework?

Django framework can help you get a competitive edge in your startup development for several reasons, as we have listed below.

Django is a great alternative to the many documentation options offered by different frameworks. Django organizes all the documentation and example scripts in a structured way. You can easily access the code via GitHub.

The Django framework’s simple interface is one of its best features. This framework is easy to use by both developers and entrepreneurs, thanks to its simple interface. You can view, edit and update content quickly using the admin interface.

Django is a great choice for startups, and it can also work well as a business tool. This architecture allows young businesses to quickly expand their resources by separating elements.

According to TIOBE Index Django is the most used programming language. You will find experienced and seasoned applicants if you use the Django framework to build your Python-based startup.

Like other popular frameworks for development, Django has a vibrant community. You can simply connect to Django-related groups and exchange ideas.

Additionally, the framework includes 3787 packages. All of these can be found on Django Packages’ official website.

Flutter is another popular open-source programming platform startups should consider.

It is a Google user interface toolkit that was released in 2017. It uses a single codebase to create apps for iOS, Mac OS, Windows, Linux and Android.

This software development kit (SDK), is used to create amazing client-side applications. This toolkit can be used in conjunction with existing scripts.

Flutter’s amazing capabilities are used by many companies, including Hookle, Alibaba, and Google Ads.

Flutter uses the Dark programming language. This allows for more attractive app designs and decreases development time. Flutter makes it easy to quickly create apps thanks to its built-in widgets and feature-rich UI. It also has low-code functionality.

Hot reloading is very important in the developing world. Flutter’s Hot Reloading allows developers to look at changes and tweaks made to the codebase in order to audit them. This increases productivity and improves the user experience.

Flutter’s user base is rapidly growing. According to GitHub, Flutter has 132k stars and 19.5 forks. Statista also says that Flutter is one of the most popular libraries and frameworks. 13.55% of all developers around the globe use Flutter. 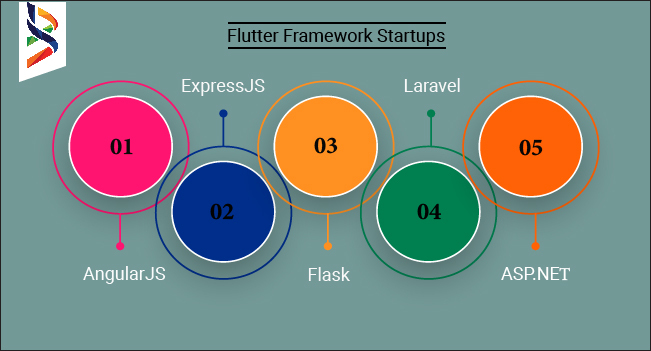 AngularJS, a JavaScript web framework, is a great choice. This open-source framework was released by Google in 2010. It could be an excellent way to create single-page client-side applications.

AngularJS is a great alternative if you don’t need large applications or a simple web application to launch an MVP.

AngularJS is used by Mixer, Forbes, PayPal and UpWork to manage their client-side MEAN stack.

AngularJS is another popular framework for developing startups. These are the main reasons for this.

AngularJS is a great tool for startups. The user interface is automatically updated with every data update. This means that you only need to modify the data once and all subsequent changes will be reflected immediately.

AngularJS allows businesses to build apps within their budget constraints, making it a cost-effective development platform for startups.

Google has a large community for AngularJS. Entrepreneurs will find a lot of information on the Google Developers Platform. This frontend framework is also very popular on GitHub with 59.6k stars and 28.4k forks.

ExpressJS is a popular JavaScript framework for startups.

Statista also ranked Express JS 3rd among the most popular web frameworks with 23.82% of the votes. This open-source server-side development framework is often used in combination with NodeJS.

Flask can be an alternative to Django for your Python project.

It is a Python-based microweb platform that was developed in 2010. Flask is used by many popular web apps such as Red Hat, Airflow and PythonAnywhere.

Laravel, a reliable PHP framework, was released for the first time in 2011. The model-view-controller (MVC) paradigm is used to execute web development tasks in this open-source framework. It is different from other frameworks in terms of traffic handling, security and extensive integration capabilities.

This architecture is used by many well-known companies such as SpaceX, MasterCard, and Alibaba Travels.

This web development framework is probably familiar to you. Here’s why it is so popular as a startup framework.

ASP.NET security features protect the data from any attack. ASP.NET Core allows the APIs, compiler and runtime elements to quickly complete their responsibilities. These features make it more scalable.

When choosing a web development framework or an app development framework for startups, you should consider scalability and popularity. These best-in-class frameworks will guarantee that your product is feature-rich, robust, scalable, and will be able to compete with other products. Choose the best startup framework based on your requirements, budget, product type and functionalities. 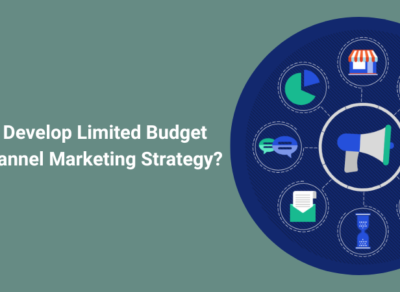 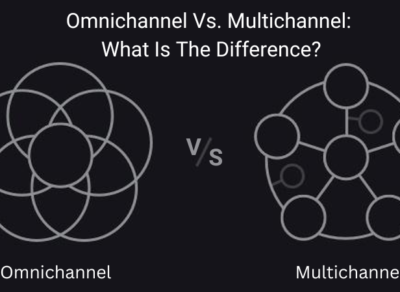 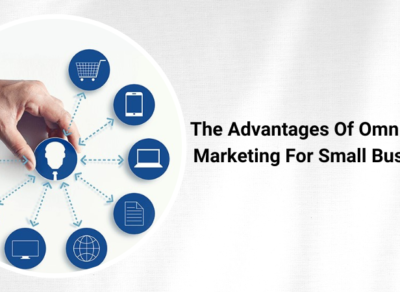 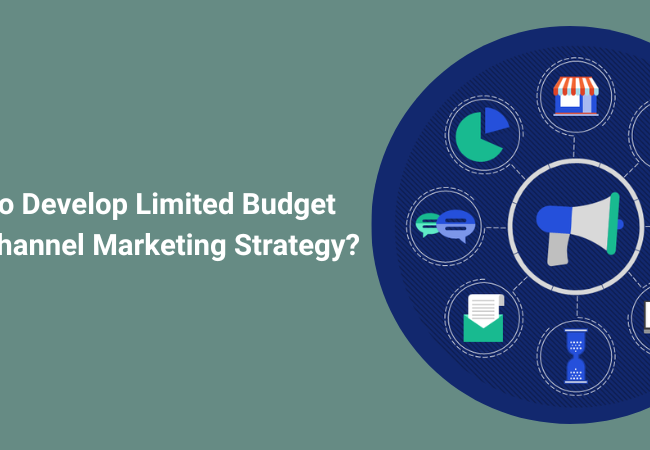 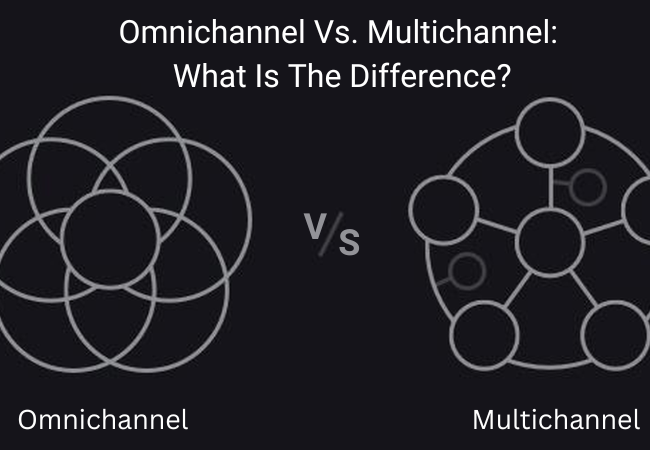 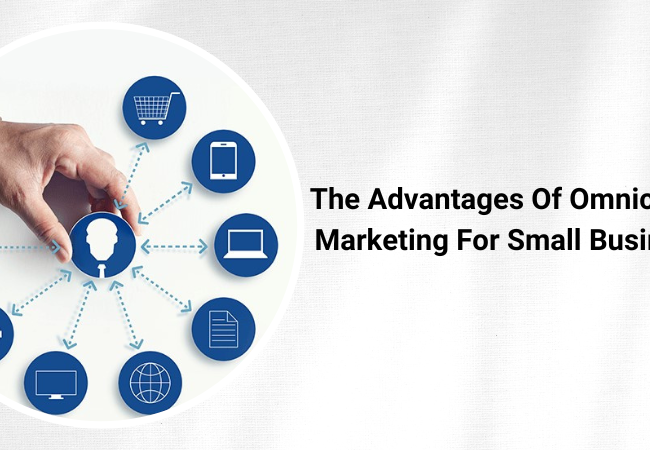 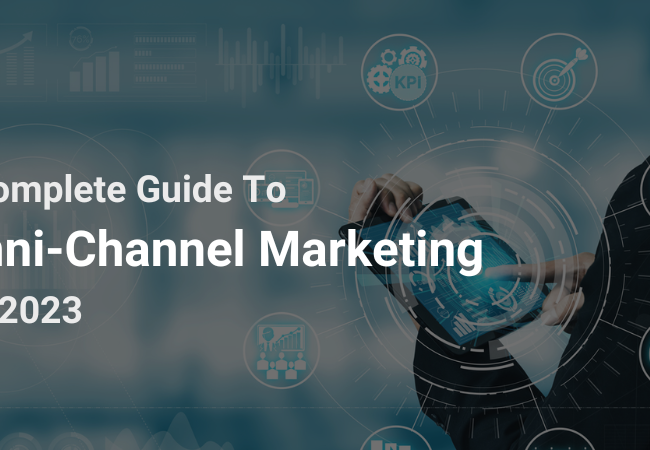 A Complete Guide to Omnichannel Marketing for 2023