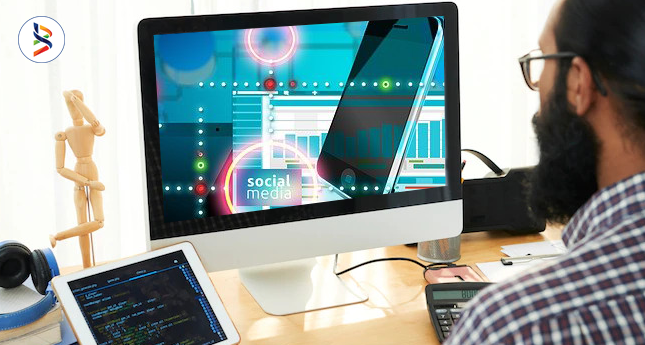 Being an owner, it is likely that you have taken the right decision to create  a mvp app development for your company and remain ahead of the competition. There is the question of whether or not your application will succeed or not.

In order to combat this fear and reduce risk factors, use an MVP, or mvp app development to assist startup and business companies in evaluating dangers and risks prior to bringing an idea into the world.

Definition of the MVP

This Minimum Viable product has proven to be an asset to companies. It lets developers try out the concept of the app with users. The MVP could also be regarded as the basis of any mobile application.

One of the essential aspects that makes up this mvp app development is that it contains the essential elements of the application you believe are essential. The team developing the app initially gets an evaluation from potential customers and is able to determine how well the product is to the marketplace. They can also determine the areas that require improvement, and also where the performance isn’t sufficient.

It is possible to release an mvp app development to a predetermined number of users or release it directly into the market. If users aren’t satisfied with the capabilities, it’s obvious that there’s something wrong with the concept of the app and it requires a re-design.

Why is the MVP Necessary for Your Mobile App?

With competition becoming more fierce The importance of having an mvp app development for every mobile app has increased in the present scenario. This is the point at which you can determine whether your idea for an app is truly distinctive or not. It provides the quickest way to access the market and also gives you experience with real users experience to judge your product.

Fastest and Accurate Way to Receive User Reviews About the App

You might come across an idea in the course of a day and then spend the next few months developing an app around that. This is certainly not a sensible method since you can’t know what the final outcome will be.

However, having an mvp app development will allow you to access the most accurate and speediest method of obtaining the user’s feedback regarding the application. It’s only necessary to concentrate on implementing those features that improve user experience and will be needed by users.

MVP is Considered as Core of the App

The primary function that the minimum viable product serves is to focus on the main idea and important app features. It doesn’t focus on any other secondary or less important aspects.

In this way, the concept of a Lean startup gains the benefits of the mvp app development method. Lean Startup is a term used to describe the Lean Startup can be defined as a business that starts with the lowest budget at an appropriate time. The mvp app development is worth the time for a test run, with the aim to gain the most number of customers in the least possible time.

It is the lowest risky step. This also lowers the costs of developing apps since only the basic features are used. Thus, we can say that mvp app development is not a sign that the app’s owner is not meeting his budget estimates, but rather that he grasps the basic concept that the app is a success.

The Minimum Viable Product is becoming an effective tool for evaluating and grading the app’s performance. The app developer can determine whether he’s moving in the correct direction and taking advantage of the latest technologies and the latest trends when developing an application.

It is ultimately the end-users who determine if your MVP app is a success or not. What happens to this? In the first place, you determine if you were effective in solving the issue of the users with the application. In addition, you can evaluate the effectiveness of the app in the first stages, which aids in saving money and time.

It is evident that the security of apps has become a major concern particularly if the app you are using has built-in payment facilities. The MVP can assist you to identify security holes and resolving these issues appropriately.

Another advantage of addressing security issues in the beginning phase is that your application is bug-free from the beginning. This will increase the rate at which users convert to the application. Users can also move around the app seamlessly.

Creating an Improved Version of the App

“Minimum Viable Products” allows you to examine whether your app is receiving the public’s attention or not.

If you are concerned that you’ve not received the desired feedback or you haven’t managed to connect your concept to people who use it, then it’s time to revamp the app and consider the possibility of creating a better version of the application.

Some examples of Popular Apps with Great MVP Performance

If you do your research and do your homework, you’ll come across numerous examples of how the success of the MVP launch resulted in hugely popularizing the app. Let’s look at a few of them: 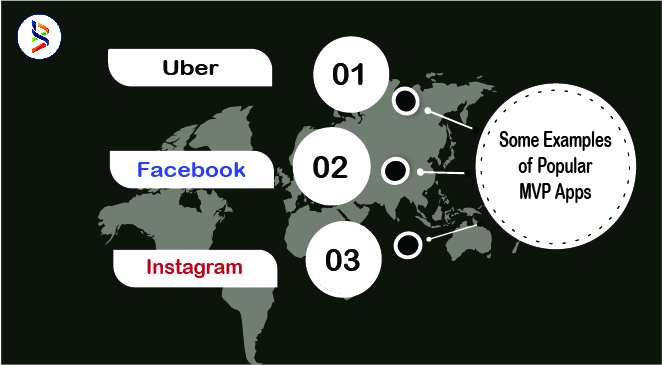 The taxi booking app Uber has also begun its first journey with the MVP launch. In the initial version, Uber mainly focused on making sure that there was a great connection between the driver and the customers and included the option of credit card payment.

It soon started that it was receiving an overwhelming response. Now it is an enterprise worth billions of dollars with an array of modern capabilities.

Then, we’ll look at Instagram, which is among the top well-known photo-sharing apps on Instagram with the highest amount of users. In the initial version, users could only use the smallest number of filters available when sharing their images.

The market was saturated with more advanced tools for editing photos when they began their venture. Slowly, but surely the company gained momentum and was able to add Unique Value Proposition (UVP) which allows customers to modify and then share images simultaneously.

Furthermore, it provides the ability to support video, and added new filters and direct messaging in addition to other options.

The Facebook-owned social media company’s story is intriguing. Mark Zuckerberg initially built a social media platform for Harvard University students where they could browse the directory. However, later, the service was extended to other universities and colleges and eventually to the entire world.

The initial version of Facebook offered only a single profile page, which also had the possibility of friend requests and messages. However, today it’s different with numerous new features which are being added at regular intervals. 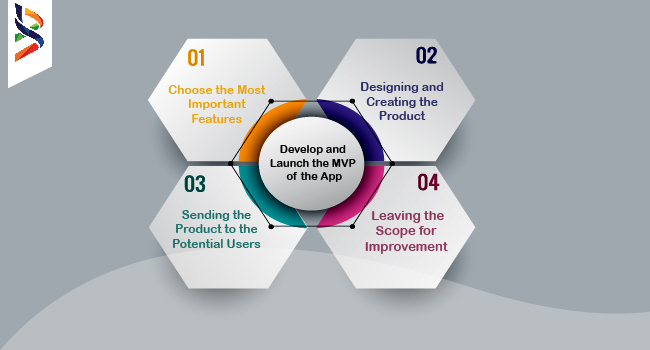 1. Choose the Most Important Features to Integrate

The first step is to select the most essential features you would like to incorporate into the application to allow it to be practical. The decision should be made with great care and should conduct with an extensive investigation.

It is important to determine whether your idea is feasible or not. In addition, you need to decide on the time when you’ll start the MVP application. It is essential to discuss these issues with the team working on development.

Additionally, you can pick one particular group to whom you would like to share your app after you’ve released the MVP to review and provide feedback. It is recommended to use an Agile Development approach since it’s flexible and permits constant testing of the application.

2. Designing and Creating the Product

Once you’ve received confirmation that your idea is viable, you can focus your efforts to developing and designing the app making use of the appropriate tools to improve the performance of your app. The App Development company you hire to do the work will provide the MVP of the app.

3. Sending the Product to the Potential Users

Well done! You’ve reached the next step after the conclusion of the designing or development procedure. It’s time to start showing the product’s features and sending it to prospective users. Be sure the app provides value to customers.

4. Leaving the Scope for Improvement

There is no perfect app which is way to allows for some room for improvement after receiving constructive feedback from users. It could be necessary to alter some of the UI as well as UX design or add more value to current features or improve the security aspect and more. This process takes the longest time and can be difficult to complete; therefore it is essential to be patient.

The Minimum Viable Product (MVP) is an integral element of the development process for apps. But, despite that, it’s not required to create and publish the MVP application. If you’re deciding and creating an MVP for your application it is certain to provide greater scalability as well as a higher chance of retention.

Don’t get too confident that your app concept is original and will become a hit in the marketplace. Furthermore, you can introduce your MVP to a specific quantity of target audiences.

If you’re looking for a dependable app development company that can deliver the minimum viable product using the best approach, contact Brisk Logic.