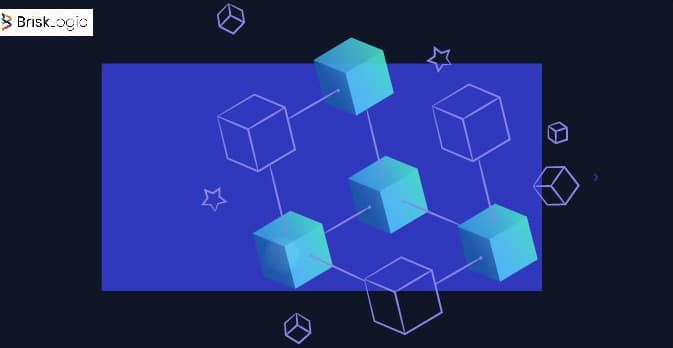 TOP BLOCKCHAIN STARTUPS TO WATCH IN 2022

What Is A Blockchain?

Blockchain is a term used to describe a decentralized public ledger in which data is stored and distributed digitally across different computer networks through a peer-to-peer network. What sets it apart from conventional digital storage methods is its inertia data is not able to be altered or deleted and transparency, as well as its greater security, quicker settlements, and decentralization. These features are the reason why companies are eager to adopt this latest technology and reap its advantages.

We review the top 10 blockchain-based startup companies from India with complete information for 2022.

Blockchain technology is part of the rapidly developing technology. blockchains are used to store data in blocks, which are later connected by encryption systems, like Bitcoin which allows for an unsecured and decentralized database of transactions. Blockchain technology is changing not only in the financial sector but also in the health sector as well as aviation, media and more. Bitcoin is the most popular emerging technology on the market. Blockchain is the core of this new technology. Because of the increased use of cryptocurrency, blockchain-related startups are also seeing growth.

Bitcoin is a source of an abundance of interest from corporations, blockchain startups, and others. Blockchain technology can transform economics and businesses. Blockchains utilize cryptography, an area of mathematics as well as computer science. Each transaction is accompanied by a digital signature unique to the person who initiated the transaction. The signatures are kept private. NITI Ayog said the annual business value blockchain is predicted to generate is USD3 in 2030.

Here is the most popular blockchain startup in India 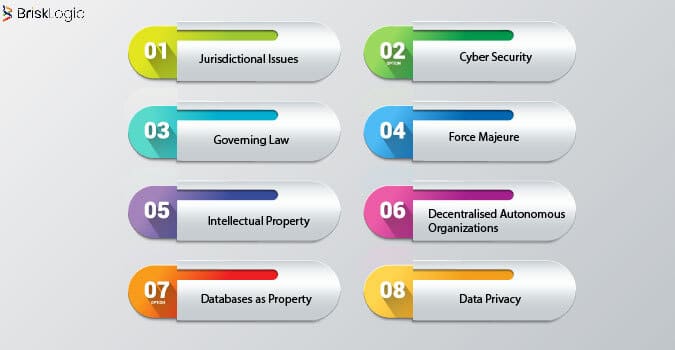 Since it is a decentralized ledger the blockchain’s nodes are able to span a wide range of countries. This means that each transaction recorded on the blockchain may be a part of every country in which the network’s nodes are located, leading to an overwhelming amount of regulations and laws that could be applicable to the blockchain. The system will need to comply with all applicable laws and regulatory frameworks. It is also difficult to determine the exact location of a transaction when this particular transaction proves not to be legitimate or fraudulent in its nature.

The laws and regulations of various jurisdictions differ in the fundamental principles of contract law and the rightful owner. What constitutes a valid agreement in one jurisdiction could be invalid in a different state. To avoid confusion, the laws that govern transactions should be determined through an internal governance system. This will allow the parties to assess the validity of the contracts as well as their obligations and rights under the contracts. It is also beneficial to identify a procedure for dispute resolution that will be acceptable for all parties in the process.

Although the blockchain itself is thought to be an extremely safe as well as “tamper-proof technology”; this benefit is not realized if the data that saved on blockchains is compromised at first! Instead of attacking the blockchain in itself, hackers target input points for data, which can result in inaccurate or misleading information being recorded. A 15-year-old boy from the UK demonstrated that these kinds of attacks are feasible by coding a proof-of-concept code that allowed backdoor access to hardware wallets. This would enable attackers to change the number of payments and destinations of wallets and also divert money to their personal accounts without detection that making it appear as if the money has actually reached the wallet of the destination.

In addition to the techniques mentioned above attack, brute force is also a danger. In the majority of blockchains, the bulk of the processing is executed by a concentrated group of nodes. If the attacker has the ability to find these nodes and attack those responsible, then the blockchain will be compromised. Exchanges that trade in cryptocurrencies are also susceptible to Eclipse or Sybil attacks as well as attacks that cause a denial of service.

Contracts generally cover things like pandemics, wars or natural disasters, fires or any other event that is out of the reach of the ordinary person and similar. However, in the event of a system based on blockchain, there are other legal considerations to take into account including the malfunctioning of a smart contract or a problem with the transfer of cryptocurrencies or accessing Blockchain being blocked, It should be clearly stated that such incidents are considered to be forces Majeure and that parties can count on them to prevent or delay the execution of their obligations in the contract. There is also an exception added to this provision order to state it states that “parties cannot claim the protection of the force majeure provision for issues resulting from that party’s own default or failure to maintain industry-appropriate protection measures.”

The ledger will invariably have value and the ownership of the intellectual property (“IP”) is an important aspect. Customers may demand the ownership of this IP and decide to license it for the duration of the contract and to agree to a lifetime license if it’s not restricted to a specific blockchain network. They might limit the power of the vendor to utilize the IP in accordance with the time period, the recipients or the method of use.

The majority of digital currency and blockchain applications are created with open source licenses. These licenses are generally non-commercial and royalty-free. They also restrict the users. Therefore, it is crucial for businesses to be aware of what limitations are imposed by the open source license that they have been granted, and also to protect themselves from any liability that could arise from a breach of the license’s terms.

One of the most important questions for regulators with regard to decentralized systems is who will be accountable for a violation of the law? DAOs, also known as Decentralised Autonomous Organisations (“DAO”) can be defined as entities that are self-governing and run through the application of pre-coded rules. In this way, they need very little or no human involvement and are used to execute smart contracts, which are later registered onto the blockchain. This raises numerous legal issues for blockchain businesses. First, what is the legal standing given to these entities? Are they just software, legal contracts that are automated or a company?

Do they have the power that traditional companies have, for example, the power to file lawsuits and to be accused of being sued? Who will be held accountable for a violation of some law(s)? This is similar to the times when it was difficult to decide who should be held accountable for actions of a violation that a business committed. The issue was settled by introducing the concept of breaching the veil of corporate responsibility. Do we require similar legal concepts to determine the responsibility to DAOs and their creators? It’s only time to find out. Courts and regulatory bodies are likely to be unable to resolve such disputes, and might even recommend against the mass use of these technologies in the absence of regulations in place.

Although companies generally do not possess IP rights over the various elements of data they offer for them to use, a collection of data i.e. databases is covered by intellectual property rights in a variety of countries. In India, database data is protected under the kind of literary work in accordance with the Indian Copyright Act, 1957.

Many companies transfer their information to third parties including their processing companies, marketing agencies and other service providers, in the hopes of storage or providing more efficient services. If the person or company to who the database is transferred wants to use the information for another reason, they will need to get consent from the individual concerned in order to comply with the regulations regarding data protection that are in force in all countries.

Immutability is one of the most important characteristics that make blockchain efficient, it functions as a double-edged weapon. Since the information stored on the ledger can not be altered or deleted (at least, not in a way that is easy) Blockchains are immediately declared incompatible with laws regarding data protection. It is the General Data Protection Regulation of the European Union provides for the “right to be forgotten” as well as it is the California Consumer Protection Act also allows consumers to ask for their personal information to be changed or erased.

Because blockchain technology is a new market, a slew of new businesses are springing up every day.

The best blockchain companies to look out for if you want to use their services are listed above.