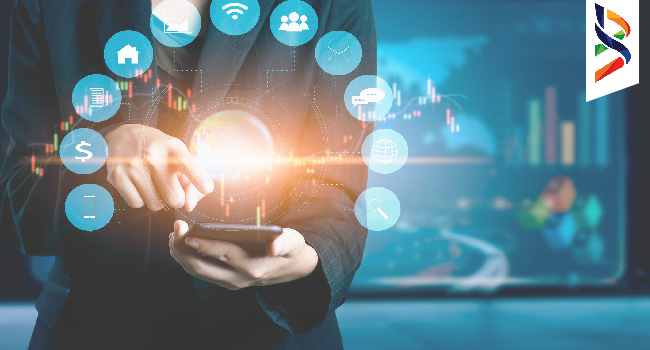 Web app development allows web-based projects the ability to act and perform in the same way as a mobile app. Web apps engage users by prioritizing responsive interactions but can still be delivered over the internet via a network. Web app development can be described as the cool little brother to web development. Web development is the reason you are here, but web application development is how this page was created. Both are important. However, knowing the difference can help you to understand web app development and whether it is a good idea for your business. Continue reading to learn more about web apps, including their benefits and drawbacks as well as the frameworks that should be used to put them together.

What is a Web Application Development?

A web app is an interactive application that uses web design technologies and users can access it from their browser. Web apps use the standard front-end and backend web development technologies. Web apps can be thought to be closely related to websites. Web app development and web design share many similarities. For example, web developers use JavaScript and CSS on the front-end. Similar server-side languages may be used to create web apps on the back-end. Web apps can be used on any device, but in a different way than traditional websites.

What is the difference between a Web app and a Website?

Web apps are interactive, whereas websites’ primary purpose is to provide information. It is a bit difficult to distinguish one from another, but once you begin to recognize the differences you will see why it matters. Learning a little bit about mobile development is a great way to learn about web app development. Do you know what is the difference between hybrid and native apps?

Native applications are apps specifically designed for mobile platforms. Developers must use native technologies to access them, such as the Swift programming languages for iOS or the Java programming languages for Android. Native apps have the disadvantage that native developers must create different apps for different platforms. Each app will need a different codebase and language. Hybrid apps provide a solution for quicker development. Hybrid apps combine native and web technologies, which allows them to be multi-platform compatible.

What are Progressive Web Apps?

Progressive web apps (PWAs), a type of app that is very modern in the digital age, are called progressive web apps. PWAs combine the best features of both hybrid and native apps. PWAs can be accessed in any web browser, just like any other web app. PWAs can be accessed from any web browser. However, a PWA requires users to go through the same download and installation process as mobile apps. This is a good thing, as PWAs are always available on the user’s phone.

PWAs are welcome on both the Microsoft Store and Google Play Store. In some ways, a PWA can be compared to a mobile application. You can launch progressive web apps directly from your device. They can be used offline and loaded in a matter of minutes. Performance is what makes PWAs so appealing. Because of its cross-platform capabilities, web apps should be attractive in and of themselves.

What are the advantages and disadvantages of Web Application Development?

The development process is made easier by web-based apps. Companies can provide interactivity to their customers without needing to spend the time and resources required for building a mobile app.

It is still worth weighing the pros and cons of web application development to get the kinks out.

You should first look at the benefits of web app development. Web apps can be a great way to improve the user experience of customers who value user engagement in web browsing.

Web apps don’t need to be downloaded or installed. PWAs don’t require you to download or install the app. Smartphones seem to have an ever-increasing storage capacity in seemingly squared increments. However, for some people, the clutter of multiple apps is just too much. Users are no longer required to update their apps. Progressive web apps are a great way to enjoy many of the same benefits as mobile apps without the hassle.

Again, many mobile app developers and web designers are not the same. This is a shame because it means that if you want to have the best of both worlds you will need at least twice the number of developers and at least twice the talent. You will need two apps if your mobile application is to appear on the Apple App Store or Google Play Store. This means that you will need three times as many resources if you want a website and an app for all platforms. These frustrations can be avoided with web app development. Only one codebase is available.

A list of pros and cons would not be complete if there weren’t any. Web app development comes with its disadvantages.

Web apps are not a replacement for mobile apps. They will also operate slower than local applications. Although PWAs do try to minimize this side effect, there is no evidence have eliminated it completely.

Web apps require internet access in order to function well, or, in many cases, at all. Although PWAs can deter from this, even the most interactive web apps won’t respond to you if there isn’t a reliable internet connection.

Native technology will always have an advantage over other technologies. Web apps aren’t native and therefore can’t collaborate with your device’s hardware or operating system. Developers don’t make apps that work with different system settings on every device.

There are many behaviour web apps that have different behavior depending on how they were built. All these types of web applications still use web technologies. They generally fall under the category of client-side or server-side applications.

Front-end development is dominated by client-side web apps. This means that the focus of these apps is on the user interface (UI). They place high importance on UX and provide users with high-performance services. All data and business logic the app may need to function dynamically is loaded at startup. Client-side rendering means that there is very little buffering time to load a page. This makes the page responsive and speeds up interaction with content.

Server-side software is synonymous with backend development. Back-end development involves the creation of databases, servers, APIs, and other background processes in an application. Although server-side apps may display content and/or user interfaces, the web server hosts the most dynamic code. Server-side rendering works well with static content, as it takes some time for the browser to send a request and wait for an answer. Server-side web applications are generally more secure and more compatible with browsers than client-side apps.

Single-page applications (SPAs) are different from traditional multi-page applications, which load new pages only when you click on a link. Instead, SPAs offer both client-side and server-side benefits. SPAs can only access their power through one page. SPAs typically use an infinite scroll mechanism to display all of their content. Despite the fact server-side rendering can cause long wait times, JavaScript frameworks such as Vue.js and Angular use dynamic routes to fetch the only data they need at any given moment.

This faculty of SSR is used by many web developers and web app developers to create SPAs that don’t require the entire page reload to perform an action or fetch data.

Your business will need the right tools and front-end software to complete full-stack web app development. These frameworks and technologies will prove to be extremely useful in building your web application. 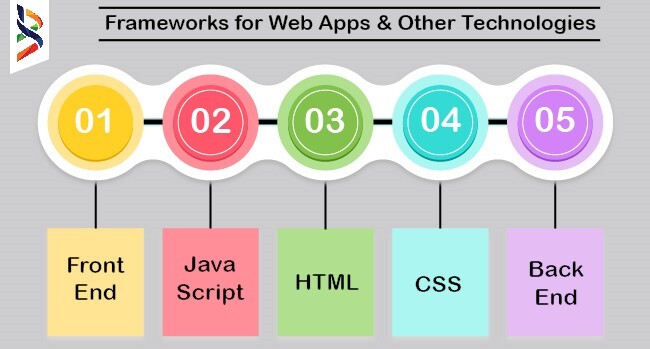 The tools that you need for web app development and development have remained relatively the same over the past quarter-century. They are reliable, at least.

HTML is another key technology in web development. Hyper Text Markup Language, (HTML), is responsible for structuring web pages’ content. A collection of HTML elements describes to a website how to display text, images and, in the most recent HTML version HTML 5, audio and video. HTML elements can be identified by the “”, and “>” characters. Here’s the secret: If you’re browsing on a laptop or desktop, right-click any page and press “View Page Source”. You will see a lot of HTML embedded directly into your browser.

Cascading Style Scripts is a language that denotes the presence of a website. It is the foundation technology that makes the World Wide Web what is it today, just like HTML and JavaScript. Web pages and web apps have many integral features. These include colours, layouts, fonts, and other elements. These characteristics are invoked by CSS.

Back-end development offers a wider variety of technologies because it includes multiple components like server-side programming and databases as well as APIs.

Back-end or server-side programming languages should handle functionality for web apps that take place behind the scenes. Back-end web development may involve managing security authentications and user connections, as well as sending and receiving data from one end to another. Some of the most used back-end languages are Python and Ruby. Although many tech companies may use multiple languages, there are still many side-by-sides that allow you to compare their utility. Back-end web frameworks are available to help simplify software creation. Ruby on Rails are becoming increasingly popular in the web development community. 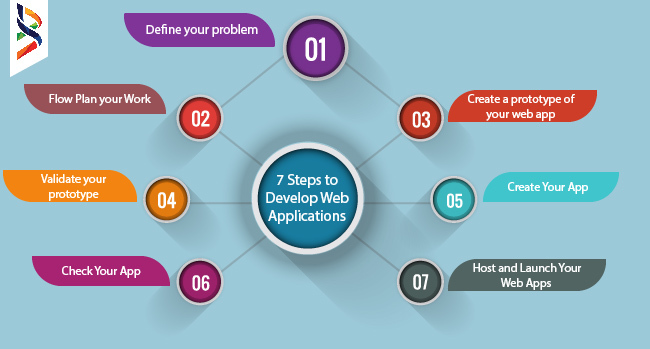 The first step to developing your web app is to identify the problem or reason you want your customers to use it. Although people are always coming up with new ideas, is it worth the effort to implement an idea if it doesn’t offer clever solutions for an existing problem?

3. Create a prototype of your web app

To better understand the final product, prototyping is the process of building a functional but incomplete application. A prototype is similar to a minimum viable product (MVP) in software development.

To build your app, you will need to research the software that you will need. You should consider which back-end frameworks, technologies and frameworks can be used to meet the needs of your project. Now it’s time for you to get started developing. Your web app is ready!

Testing your web app should not be a problem. Software development teams often run tests throughout the development process to ensure that your web application is bug-free. Software quality control is also an important part of building a web app. This should be done before your app is released to the public.

7. Host and Launch Your Web Apps

A web app needs to be hosted on the same web server as a website. To put your web app in action, you will need to purchase a domain name as well as a hosting provider.

Web app development is a subset of web design that is not quite what you would expect from a website or a mobile application. There are many types of Web Application Development. Apart from the revolutionary progressive web apps that can change everything, there are also client-side and server-side apps as well as single-page apps.  Web apps are created using a combination of front-end and back-end technologies. This process, along with the software development process itself, does not differ from standard web development.

It’s likely that you already know about many popular web apps that are used frequently across the internet. 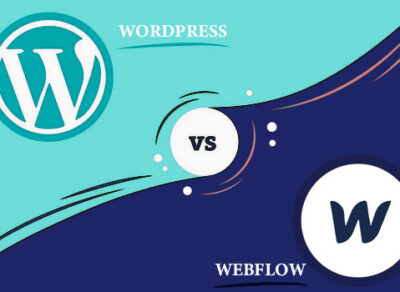 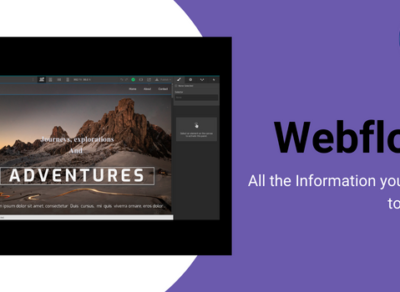 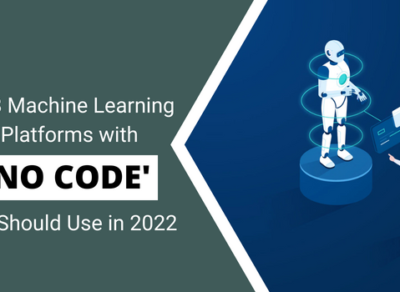 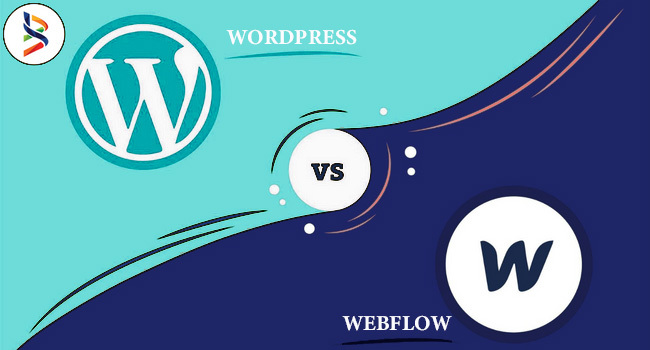 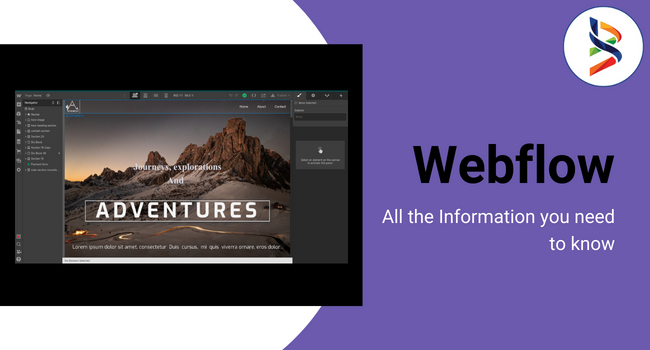 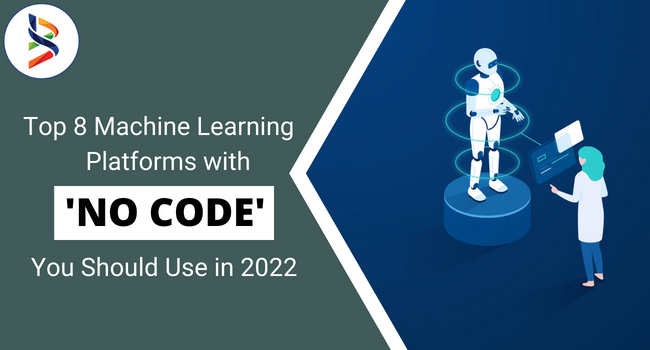 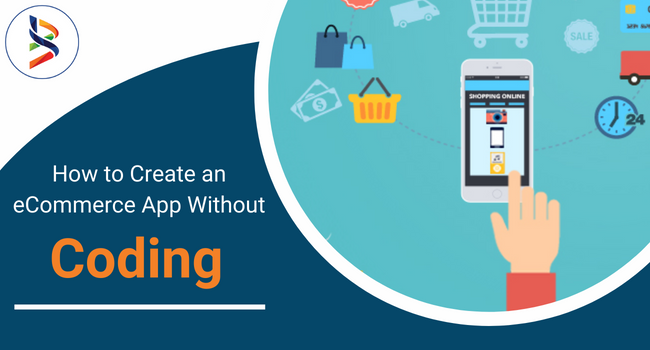 How to Create an eCommerce App Without Coding?