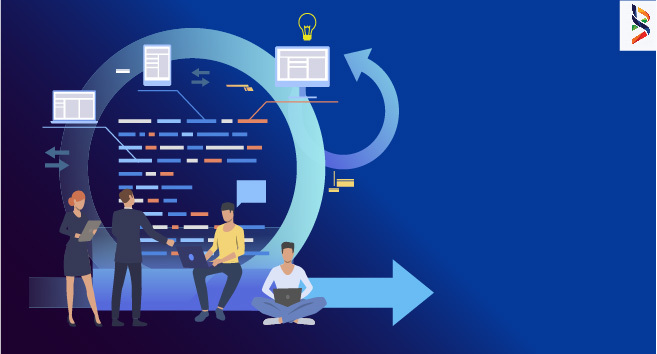 What are Minimum Viable Product Examples-2022?

The following quote is supported by successful companies such as Zappos and Dropbox that have minimum viable products. With respect to MVP websites or mobile app projects, the MVP concept is not new.

There is much confusion about the MVP approach. Here are some examples of MVP. This article will explain the three-step process for creating a minimum viable product.

Below are some examples of minimum viable products 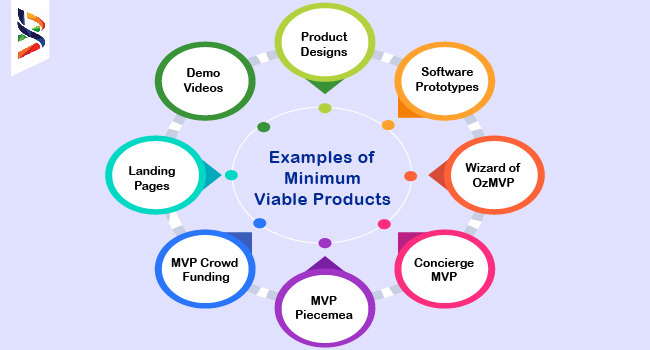 What is MVP and what does it imply from a business perspective?

MVP (Minimum Viable Products) is the first version of a product that works. It has just enough features to satisfy potential customers and gather & analyze their feedback in order to improve the next version. This requires minimal effort and resources. After analyzing the user feedback, the next product version is created.

Many MVP definitions are available online, and many experts have written reports about this topic. Although the MVP technique can be very useful it requires critical thinking and a limited amount of gradation. Even experts who created the MVP concept have been confused about the minimum viable product.

“The power and confusion of MVP cannot be matched by its ability to cause confusion, which can be quite difficult to do.” It took me many years to understand it.

This minimum feature set, sometimes called the “minimum viable products”, causes a lot of confusion. The founders pretend that the “minimum” part of the product is the goal, or worse, that all potential customers should desire it.

Frank Robinson created the MVP concept, but it was popularized by Eric Ries and Steve Blank, both startup consultants.

Steve Blank adds to the MVP definition by saying, “You’re selling the vision and delivering minimum feature set for visionaries, but not everyone.”

A minimum viable product example must include two elements. These elements may vary depending on the product idea. A simple video is a good example of an MVP. In another case, you will need to create a functional MVP website or mobile application.

Let’s now look at the most common minimum viable products, with a few real-life examples:

You can design the product in many ways. It could be more complicated mockups, or it might be very simple sketches. Let’s take a look at each product type that is minimally viable.

A sketch is a drawing that shows the system in freehand or using some tools such as Balsamiq and Proto.io. The sketch shows the main screens and web pages of the product, along with the core mechanics. You can use sketches to show the minimum viable product, present your idea to investors or apply for crowdfunding.

Wireframes UX and user experience are a way to define the hierarchy of design and provide a framework for the system. They should be consistent with the platform guidelines (iOS/Android/Web). Wireframes are a minimum viable product illustration that shows the location of system elements, navigation between screens, and product features.

This MVP example is great for those with limited budgets. It is possible to test new features that could change the behaviour of potential users e.g. Right/left swipe in dating apps like Tinder.

UI Design Services are mockups and user interfaces that can be used to design your product. They can be downloaded in full-size and are ready for use in the software. These minimum viable product examples, similar to UX wireframes can be used for demo, evaluation, promotion and fundraising. Mockups can be made clickable to enable MVP testing of the interaction with future websites or apps.

Demo videos are a great option for inclusion in minimum viable product examples. Ask the audience to determine if the solution meets their needs.

This category’s most well-known MVP is the Dropbox video. At the time, it was revolutionary to have all your digital data in one place that is accessible everywhere. It was possible to demonstrate its full functionality with a 3-minute Dropbox MVP Video. This allowed for great user feedback and helped raise the funds needed for development.

Instead of spending thousands of dollars unwisely, create an explanation video to explain your MVP idea to potential investors.

A landing page is one page that has been optimized for search results to give key information about the product and its benefits, as well as to provide value. These static pages are used primarily for marketing purposes. This page is used to spread the word about upcoming products, gauge interest and get feedback. With an already interested audience, it is much easier to apply and invest.

Buffer’s landing pages are a great example of a minimum viable product. This is a simple app that lets you sequence your tweets and social media posts according to a set schedule.

The landing page was then updated and he asked potential users to select from three plans: $5 per month, $20 per month, or free. Many chose a paid plan. This was a sign that you can start building the initial version of your product, the minimum viable product. This is an excellent example of iterative product development.

Pebble was successful in not only validating its idea but also receiving payments for its product before it was produced. Pebble is an electronic watch made of paper for smartphones. This minimum viable product was the most funded on Kickstarter.

Bounce, another team, had the idea for a mobile app that tracks your time and keeps you on track so that you’re never late. The MVP example also received pre-payments for the product’s development.

This piecemeal minimum viable product example is an attempt to make use of existing services and tools in your own projects. It basically collects all the components and then pieces them together to create new functionality.

Groupon is a classic piecemeal MVP. Groupon can be described as a marketplace that offers exclusive deals from local agencies, retailers, restaurants, and grocers.

Integration and partnerships with other services can be a problem. They should recognize their value as a way to develop your MVP startup.

These examples of minimum viable products will help you choose a target audience and validate whether your service is valuable. This is a “concierge” product, which is an MVP product in which you first need to provide services manually rather than using a digital product. This allows you to build your customer base and analyse your audience. This information will allow you to easily pivot your idea and redefine your MVP company.

The name is all that reveals the whole idea. The Wizard of Oz’s story tells of a wizard who turns out to be an old man hiding behind curtains pretending to be a scary-looking green head.

Zappos is the best example of MVP in this category. Nick Swinmurn, the founder of Zappos, wanted to see if people would purchase shoes without having them tried on. He snapped a picture at a shop and uploaded it to the Internet. People did make purchases. Zappos, now worth billions of dollars, was recently purchased by Amazon for $880million.

The software prototype, the first version of a product with all the basic features, is our favorite type among the minimum viable product examples. If you are looking for:

You have done some idea testing prior to the project and you have the support of your target audience.

Here are some inspiring stories about successful services and the story behind their minimum viable products. 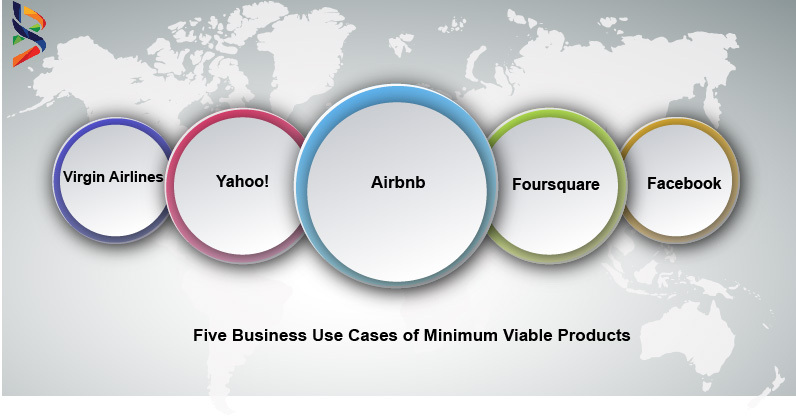 Virgin Airlines, one of the most important British airlines, is owned by Richard Branson. What was Virgin Airlines’ minimum viable product? It was one route and one aircraft flying between Gatwick, and Newark.

What was Yahoo’s MVP product? Yahoo was represented by an MVP website. This website contained one page and a list with links to other websites. This provided enough functionality to satisfy users and keep early adopters. The system is now the second most used search engine in the globe.

Airbnb started out as a concierge MVP. In 2017, there was a fantastic design conference in San Francisco. Airbnb posted information about their affordable accommodations on a simple website. In a matter of minutes, three guests expressed an interest in the minimum viable service. This confirmed the market insight that potential clients would prefer to spend their money at home instead of a hotel.

In late 2004, Facebook was the best social media platform. The profile was simple and users had the opportunity to connect with other members of their group. This single feature was enough for a huge boost to turn a small startup into one of the most successful public tech companies ever.

This section will show you how to successfully create minimum viable products.

A well-designed business plan is key to a successful MVP strategy. The Business Model Canvas is a useful tool that can help you finalize your minimum viable product idea and to envision a larger product vision. It is important to determine the market in which your MVP product will be launched. Otherwise, it might prove difficult to compete with services with an existing audience that offer a similar product.

This is why you should analyze your competition and create a service that is superior in quality, features, design and speed. These factors must all be considered in order to provide a better user experience for your product. The context will help you determine the MVP scope.

It is important to identify the key features of your app and to separate them from functionality. This will allow you to create the minimum viable product.

Many tools can be used to help prioritize your feature list. One example is the MoSCoW technique. This method divides minimum product functionality into Must-Haves should have, Could Have, and Won’t Haves.

It is important to note that the MVP concept’s approach has changed significantly since 2001. Yahoo! and Facebook have produced minimum viable products. They were innovative because they were at the time of invention. It is difficult to invent a new product today with the advent of new technology, generations, and the internet.

It is nearly impossible to produce something today that is both cheap and high-quality, while also being fast. Customers are tech-savvy and educated, so it is not surprising that they are tech-savvy. Even if the test is only for a few days, not everyone will sacrifice quality or look.

The high quality of all new products is a familiar expectation for users.

It is important to consider the context of any new idea you plan to implement. You should first ask yourself what minimum product is necessary for a product to be launched and what viable means within the market environment.

If your idea is not original, you should build a better product to attract customers.

Sometimes it can be difficult to identify what an MVP is and which MVP type you should choose for your company. A small video or experiment can sometimes be enough to demonstrate a minimum viable product. In other instances, it may be better to make a prototype of the software. Your product must be viable, and it should serve its primary purpose of testing your idea and gaining “validated learning” using as few resources as possible.