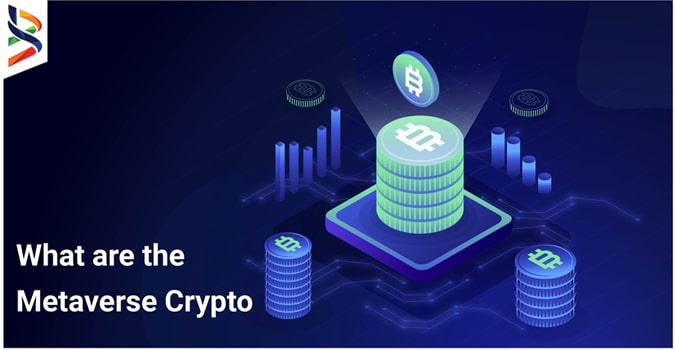 What are the Meta-verse Crypto ?

Since decentralised virtual realities take off, metaverse cryptocurrency is an excellent investment.

In recent times as the metaverse has changed from a tool for social communication to one that is employed or used for other entertainment options there is a renewed interest in the field.

Internet giants such as Meta Platforms Inc (formerly Facebook) intend to take over the market, digital currencies are seen as an opportunity to undermine their plans while also expanding the market to new frontiers.

Everyone and everything is possible to exist and be whatever they want inside Virtual Reality ( VR). Meta is aware of this and positions it as the leading force in the rapidly developing digital communications revolution. Meta’s change of name to Meta is supported by a glimpse of the company’s future metaverse.

Metaverse that is decentralized

There are a lot of people who would prefer not to have this controversial company engaged in something that consumers love for its freedoms. Meta’s rules and algorithms still are in effect within their metaverse and some prefer their own rules and freedom of expression.

Blockchains with decentralized metaverses permit users to do just this. Users can self-govern and utilize the decentralized digital concept to fund themselves and their digital economics, usually which results in real-world benefits. Below are three well-known metaverse cryptos available today.

Decentraland is a favored virtual world for those who want to combine blockchain and digital sociability. A virtual economy that is powered through the MANA token provides an income that is real and passive for members.

Users can create avatars and are able to do whatever they want. One can chat with friends, play games, or even visit an online casino. The network has recently started hosting massive virtual music events that began by hosting the Metaverse Festival.

Users are able to earn money and spend it on Decentraland. Similar to real estate, the Decentraland network is a marketplace for land parcels. Users are able to claim certain parcels of land that are mapped in the metaverse and built according to their own preferences. The plots can be sold at any time. Apart from the possibility of land arbitrage, developers could make money by selling non-fungible cosmetics through the Decentraland marketplace for MANA.

Due to its current digital community Decentraland can stand apart from the other businesses that aim to make money from the metaverse. The company was established in the year 2015, and then became 3D in 2017 and has continued to grow every year since. The growth in structure and the funding from investors who were early on has enabled it to acquire important designs.

At present, MANA is trading at $2.78 at the moment, which is down 5.45 percent over the last 24 hours , and down 13.05 percent over the past seven days, with a market cap of around $5 billion. The price of Decentralands has increased in the last month, rising from $0.80 and at one point at a point of MANA reached a record maximum of $4.69 before settling down.

Enjin has high-level goals to support initiatives within its ecosystem that aim to create an open metaverse, as per its latest blog article.

In the end on the 4th of November, the gaming platform that uses blockchain technology announced the establishment of a fund worth $100 million. The Efinity Metaverse Fund, which is the official name, was founded with the aim of helping its partners in the ecosystem, and to promote the development of a decentralized, open metaverse.

To aid and promote development of metaverse-related projects on the Efinity Metaverse Fund was established. Alongside Polkadot, Enjin created a blockchain network that can be used to store Non-fungible Tokens (NFTs).

The fund will help businesses in the development of collaborative NFT projects that focus on Efinity and Polkadot that include assets that are able to be utilized across different chains and protocols.

In its funding policy, Enjin intends to invest in games on all devices, in addition to protocols for other areas like Mixed Reality (MR), which is a form of experience that blends elements of Augmented Real ( AR) and Virtual Reality, esports and immersive entertainment and virtual events, and many more.

The third most popular among virtual world tokens, is The Sandbox (SAND). Virtual worlds can be built in Sandbox like Decentraland which allows developers to develop games and sell their products and use the platform to connect and enjoy a good time with others.

Sandbox users can make maximum enjoyment from their experience by buying and developing land, much like they do in Decentraland. The land can be used for whatever purpose you want as both business and individuals can own plots. SAND can generate real revenue with SAND similarly to the as Decentraland can be achieved through the market.

A wide array of sponsors across a range of pop culture aided the development of the platform, through encouraging fans to engage with the game. The Walking Dead and The Smurfs are among the TV and film series who have joined forces with Sandbox to promote the game, as well as musicians Snoop Dogg, and Deadmau5.

One of the most convincing arguments in favor of SAND bulls isn’t just the sponsorship agreements with front-facing visibility that SAND bulls have signed, but also the recent significant increase in investment into the network which has boosted confidence. In the process of investing $193 million into the SAND network was Japanese holding firm SoftBank.

The new funding stream is likely to result in increasing the size of the network so that it surpasses Decentraland as the most powerful metaverse network. Presently Decentraland’s MANA has an estimated market worth of $5 billion in contrast, SAND is a company with a market cap that is $2.3 billion.

How does crypto fit into the metaverse?

The background of the metaverse is the need to provide an identity that is permissionless as well as financial services, and high-speed exchange. Data needs to be stored and distributed to billions, if not millions of people. The answer to these challenges is in the technology behind cryptocurrency.

Companies such as Decentraland as well as The Sandbox have developed virtual worlds that incorporate cryptocurrency to allow gamers to create structures, such as virtual casinos or theme parks, and then monetize the structures. In Decentraland MANA is the name of the cryptocurrency used. MANA is readily available for purchase via exchanges such as Coinbase. There are casinos too located in Decentraland which allow players to bet with MANA and dealers are getting paid by MANA for showing up at work.

NFTs can also play an important part in metaworlds. They will give players full ownership for their character, in-game items , and the possibility of virtual land. A 259-parcel NFT virtual estate located in Decentraland was recently purchased to a buyer for over $900,000.00 it was the most expensive sale to the present.

Sooner or later eventually, it is possible to purchase and sell virtual items from various universes and games through interoperable marketplaces. This means that someone could be in a position to sell their virtual piece of terrain in Decentraland world, and then make use of the proceeds to purchase Fortnite skins, like. Cryptocurrencies may become the only legal tender that is used in the metaverse as every virtual object and intangible objects are referred to as NFTs.

While nobody can say exactly what the metaverse is going to appear like or when its final design will be realized, the significance of cryptocurrency for its development is a certain fact. While Brisklogic  tracks the progress of technology like virtual reality and the ways that market leaders such as Facebook are collaborating advances in blockchain technology as well as the cryptocurrency industry are also playing a significant part in shaping the future of the metaverse.