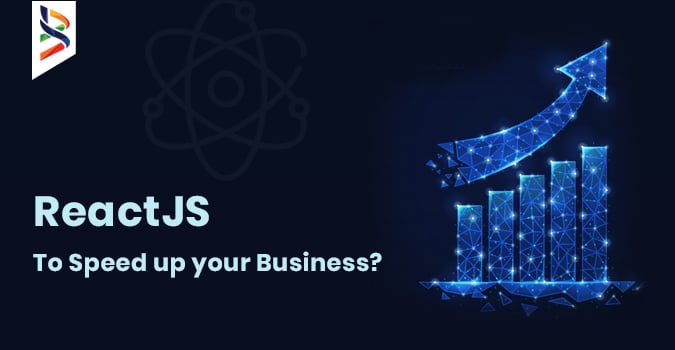 What are the reasons to utilize ReactJS to speed up your business?

From the numerous amazing front-end technologies Which one do you consider to be the developers’  preference? If you’re interested, the Stack Overflow survey report published by GitHub will provide you with the answer. This report presents the views of 65,000 developers regarding the most popular front-end framework within the software industry.

If we look at this data in relation to the popularity percentage achieved by these frameworks in the year 2019 it’s clear that React’s popularity grew significantly within a single year. 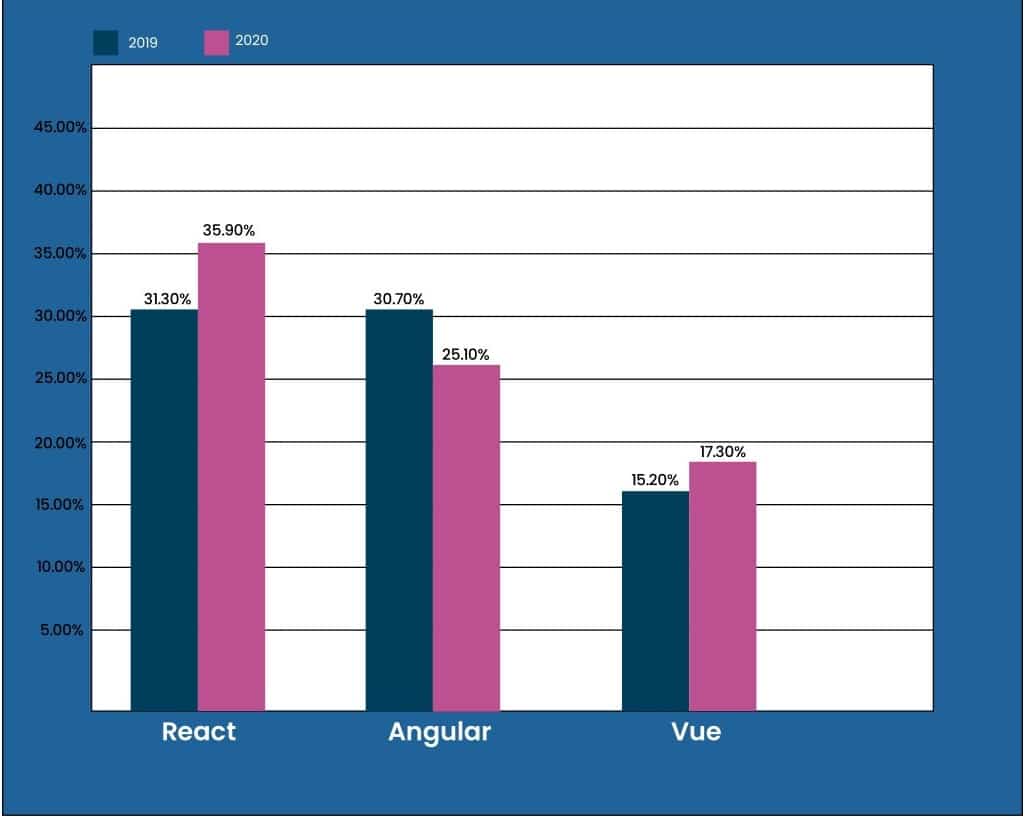 According to builtwith, another famous online portal, 4,582.863 live websites are running ReactJS.”

This article provides an overview of the reasons behind why React is more popular than other modern frameworks and technologies. But before we go into more detail I’ll present to you this framework.

ReactJS in a Nutshell

React JS or also known as React JS; is an open source front-end JavaScript library to create UI components, also known as user interfaces for mobile and web apps. It was invented in the hands of Jordan Walke, a Facebook engineer The ReactJS library was launched at the end of 2013 and was regarded to be a single-source solution to create simple, flexible and quick frontends for web applications.

One of the most important ReactJS features are listed below.

According to builtwith, another famous online portal, 4,582.863 live websites use ReactJS.”

The next inquiry that comes to your mind is what is it that makes ReactJS the most well-known front-end technology? It is because React allows one to create engaging, and mobile and interactive websites. It is no surprise that businesses have taken advantage of ReactJS to build engaging and interactive apps. ReactJS framework to increase their profits and increase competitive advantage over their competitors.

This article gives you insight into the reason that React is preferred over other modern frameworks and techniques. Before we go into more detail into the details, let me present to you this framework. 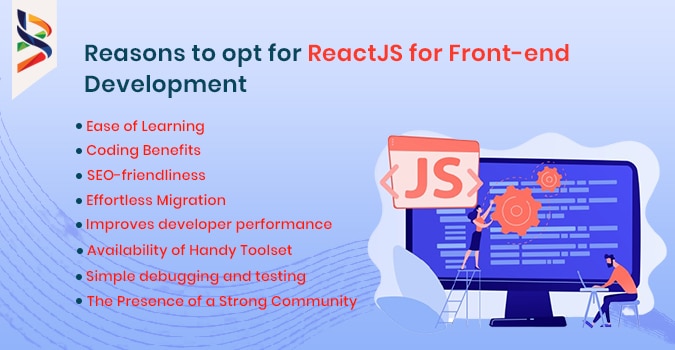 Reasons to opt for ReactJS for Front-end Development

React is a simpler learning curve. Furthermore, documentation is easily accessible in comparison to equivalents such as Vue or Angular.

Simplicized Coding: inclusion of JSX simplifies the entire process of writing code. Additionally, JSX eases out the rendering of sub-components. It additionally provides shortcuts to create the code. This leads to the development of cleaner code.

Code Stability React uses downward flow of data to ensure that when any changes are made to its child structure, the parent structure won’t be affected. When an object is altered in any way, the ReactJS developer must alter the state of the object and make modifications to the code to ensure that only one component is changed. This is why the data flow and structure gives greater security to code and guarantees that the application runs efficiently.

The performance of an app is largely dependent the SEO (Search Engine Optimization) score. In order to get a higher SEO rank on Google and other search engines, the page loading time of a web page or app must be lower and the speed of rendering has to be fast. Utilizing React libraries React libraries can reduce the loading time of pages significantly leading to a better SEO ranking in comparison against other frameworks.

Because ReactJS is packaged into one module, developers are able to seamlessly integrate it into a existing framework, without affecting the workflow. This makes it easier to migrate.

React Developers can reuse components with ease, which permits the re-use of digital objects. Developers can include components like buttons, text fields, checkboxes and more, and then wrap them up in the wrapper component, which is then enclosed within the main component. This leads to better maintenance of the code and speeds up the development process for applications.

Businesses can benefit from the benefits of technology stacks only when they implement it properly. To ensure that the stack is used correctly, Facebook, React’s creator has included a variety of crucial Chrome development tools as well as React development tools into the framework. These tools allow React developers to look at hierarchy of components, determine the child and parent components, and examine the current status of props and components. Visit this page to gain insight about these React Native debugging tools.

Debugging is easier when using ReactJS because the method of data flow between the components of it is one way, and is initiated from a single point known as Dispatcher.

Furthermore, ReactJS views act as states with functions and are able to be easily modified. This means that testing ReactJS applications is a breeze.

The Presence of a Strong Community

React has a thriving community that includes 1,331 regular contributors . It has also earned 136,079 stars on GitHub. A wealth of tutorials is available for developers. Free React tutorials are regularly updated on YouTube and the web as blogs, videos, articles and more. Additionally, React experts provide reliable solutions to resolve queries and questions via QA websites like Quora or Stack Overflow.

By now, you must have realized the extraordinary potential of the React framework in crafting profitable applications. So, consider hiring React app development services for your next project to ensure a bright future for your business.