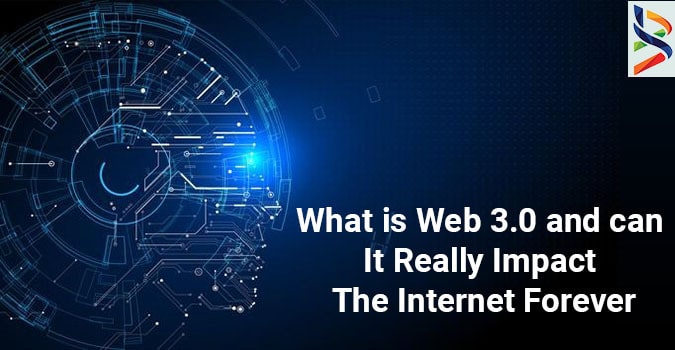 What is Web 3.0 and can it really Impact the Internet Forever?

The Metaverse is now a hot subject after Mark Zuckerberg’s rebranding Facebook to Meta however, what does it mean? Today, everything you do on your current web is a 2-dimensional experience i.e. the browse and scroll functions. Metaverse is a three-dimensional virtual reality web experience typically rendered using AR as well as VR technologies.

But, while this might not be a revolutionary announcement for everyone, but the idea of a virtual universe is all around us on various platforms in the last few years.

A huge number of players are spending all day long in virtual worlds such as Roblox as well as Fortnite. In March, the luxury fashion house Gucci announced that they would sell a pair of sneakers at PS8.99 that can only be worn online and Puma, Reebok and Farfetch also offer similar online-only collections.

Augmented reality applications such as Pokemon Go that came out in 2016 are a prime illustration of this type of model.

In the world of digital media and social networks, Snapchat is one of the most compelling examples of how the world of metaverse is already affecting the lives of millions of people without even. The filters they create allow distinct brands to interact to consumers on a deeper level through high-quality and interactive content.

The metaverse has been spotted in financial systems too entrepreneurs are developing an alternative monetary system with blockchain technology, buying and selling virtual real estate along with digital currencies.

Through blockchain-based games such as Axie Infinity, players can purchase, train and breed creatures listed with the Ethereum blockchain. Particularly, in recent years, these opportunities have encouraged young people to look towards a metaverse , which is an ideal place to earn their fortunes.

In the wake of Covid-19, there’s seen a major change in the world of digital and especially in the field of remote working. Despite the concerns that were raised at the start of the global pandemic the possibilities for collaboration, growth and innovation have been infinite.

Work’s future appears to be more fluid for both employers and employees. Today, workers can design their own customized avatars (virtual self-portraits) and then use to join an office or meeting space while at home. In the room, they can create the virtual whiteboard or wander around a 3D model of the car they’re designing, according to Microsoft CEO Satya Naidella on the concept of launching Mesh within Microsoft Teams.

A metaverse can allow retailers to provide more interactive in-store experiences. VR and AR systems allow customers to test out products in the store, regardless of whether it’s available or not. The hope of the virtual world is that it will allow an extensive overlap between our physical and digital lives , including productivity, wealth as well as shopping and entertainment.

The interest in a deeper digital realm has exploded in recent years, with cryptocurrency as well as non-fungible currencies (NFTs) having a significant impact on the global market. If the metaverse is basically just an extension of our internet we have today and is important to be aware of the numerous challenges remain to be solved within our present online existence like catfishing, cyber-crimes, harassment and hate speech.

Metaverse is currently to be more of an exercise in branding, and a bid to unite elements that are already in development online. If it is brought to the world as awe-inspiringly as was anticipated, it’s possible that it will fundamentally alter the way that people consume and work.

3.0 Web 3.0 is a possible third version on internet technology.

It’s expected to provide many features that could make it easier to control web content.

As the blockchain technology has already been in use for some time, Web 3.0 is creating quite a stir, leaving users scratching their heads trying to find out what the fuss is about. As with any other technology, the world of internet is always evolving to meet the ever-changing needs of the society. Being informed and knowledgeable about what’s to come for the internet could keep users from suffering from the changes that internet 3.0 will bring — if and when it is a reality.

Like the name suggests, there have been two distinct versions of internet computing, which are gradually expanding the number of internet-based services that provide new doors to digital technology. Web 1.0 was the initial stage of the internet’s web that displayed information, however it was a bit restricted in its capabilities, difficult to move around and didn’t provide numerous ways to make money from content. Web 2.0 enhanced its predecessor by separating information from sites (thank Google! ) and allowing information transfer from owner of site to the user, as well as providing tools to users to create content. Many are now demanding an entirely new version of the web that can address the problems that the new generation has been warning about.

Web 3.0 is being promoted in a large way

Content creators are enraged that only a few big companies own the majority of websites, they’re looking for to get the control back. Newsfeeds are brimming with stories which show that major social media organizations such as Twitter benefit from all the benefits from the creation of content. Technocrats have been calling for a new version of the internet built using blockchain technology. This could make creators of content owners of their content as well as enable them to earn money in a manner that is appropriate. Instead of a business receiving royalty fees from content web 3.0 will give each creator of content a token in the blockchain each when a user visits their content. This token would be accrued real-time value.

Despite the adulation of numerous investors making money off of cryptocurrency it’s impossible to tell when blockchain technology will integrate itself into the tech. There’s been a slow acceptance across all industries while governing authorities try to figure out the most effective method to regulate the blockchain. This means that content creators could be waiting for a long time until they get blockchain tokens as part of web 3.0. But that does not mean it will never occur nor does it mean that the web 3.0 will not include some other method of making content decentralized.

Web 3.0 is said to likely include other notable features, such as incorporating AI into web processing to replicate the way humans discern information. Web 3.0 may potentially validate information more quickly and provide it faster to users. The internet’s new version could be compatible with the metaverse of the future that’s the focus of tech companies such as Microsoft, Apple, Facebook and Google. Web 3.0 may allow 3-d web design and include IoT devices into its perimeter.

Even with tech-evangelists screaming across the web about web 3.0 the new version of the internet has its opposition who dismiss the whole thing off as “vaporware.” There’s no tangible evidence to back web 3.0 at the moment, since there’s no test version in development and only a few research and investment taking place to make it possible to get an internet 3.0 project in motion. It’s not difficult to remain a believer because there were those who didn’t like the idea that there was a new internet at the time that web 1.0 was first launched. There’s still a lot of reasons to believe that someday the world will transform into an internet that rewards users fair.