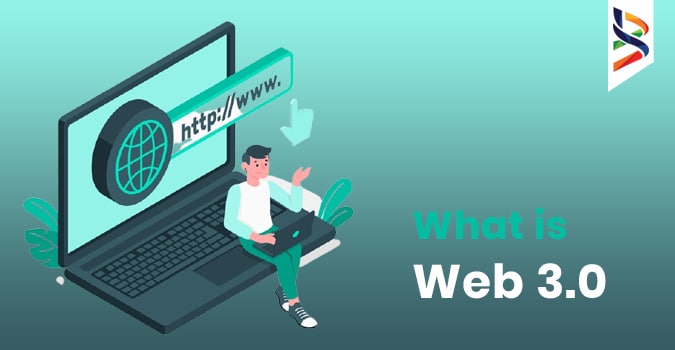 Web 3.0 has the potential to create a decentralised digital economy in which users own and manage every part of their online appearance and some believe it will put an end to the current centralised systems that favour data exploitation and privacy violations.

It was the first Internet version, which was first developed in 1989. The early Internet was mostly websites that were joined through hyperlinks. It’s also referred to in the context of”the “read-only” web. It wasn’t interconnected in any sense; most of the users’ input was done offline. Web pages that were individual are static and were created on web servers operated by Internet service companies. The users of Web 1.0 mostly read about events, receive updates or engage in linear text chat. Perhaps not so surprising, ads that ran continuously were not allowed.

Web 2.0 emerged around 1999 in the wake of the advent of digital ads blogging, blogging, and other services that enabled users to connect via the internet. Web 2.0 does not refer to any specific technical improvements to the internet but rather a change in the manner in which the Internet is utilized. It was once a solely read-only website; the internet became an opportunity for content creation as well as interactive experience.

The introduction of the iPhone in 2007 was a major event in the development of internet access on mobile devices that enabled users to be always connected. The advent of Web 2.0 also meant that, in addition to the ability to add data to the internet and to access the internet, it is also collecting information about us. It could track our location, our shopping habits as well as financial transactions.

It is not difficult to see that in this age the internet has grown more efficient, interactive and a vital element of our lives, but it has also resulted in the centralization of the internet.

It has brought new ways of coordinating and connecting with others and has facilitated an increased degree of collaboration. It has also opened the door to new possibilities for cyber stalking, cyberbullying, doxing and spreading false information, identity theft and many other things.

Some blame this on the fact that the majority of online services we utilize nowadays are run by giants of technology such as Google, Microsoft, Amazon as well as Facebook. Users have no control over how their personal data is used, and there are many accusations against these giants (as well as many smaller ones that are thriving on the internet) and suggest that they manipulate their users, exploit their data to make money and pose a serious risk to democracy and freedom of expression.

In the past, Frances Haugen, a scientist and data engineer who was formerly a product manager for Facebook and whistleblower at Facebook, accused the company of ignoring its responsibility to take actions to combat the propagation of hate and false information in its platforms for social media. In an interview on CBS, Haugen said, “The things I noticed at Facebook repeatedly was that there were conflicts of interests between what was best for the general public and what was best for Facebook. Also, Facebook repeated itself time and again, and decided to focus on its own interests, such as earning more money.”

While Facebook has denied Haugen’s claims, it isn’t the first occasion when big tech has been forced to take responsibility for its actions. There have been numerous stories regarding Amazon’s abrasive business practices, Facebook’s privacy violations and the usage of AI that raises serious security concerns in Web 2.0.

This is also why many blockchain experts believe in Web 3.0 as a more secure, and much-needed variant that is accessible via the web.

In terms of the evolution of the web, web 3.0 is the third stage. Web 3.0 is known as read-write-execute, and it pertains to the web’s future. Not only Artificial Intelligence , but also Machine Learning allow computers in order to understand data in the same manner as humans do.The Semantic web or Web 3.0,which analyses and opt user data and behaviour to create a more personalised web surfing experience, has emerged as a result of leveraging the power of big data and machine learning. Promotions for things in which you are interested follow you around the internet, which is a great example of this in action.

There are many experts who believe Web 3.0 will enable a quicker, more user-friendly web experience that allows users to leave command-line-based search terms in favor of communicating naturally with Google. As we enter today’s Web 3.0 age the search query “Show me the films that are playing in my local theater this evening” is an excellent example of a query that can produce the desired results.

There’s a good chance that cryptocurrencies are frequently mentioned when discussing Web3. This is due to the fact that the majority of these systems utilize crypto currencies. Anyone who contributes to the development or manages any of these projects will receive financial rewards. These protocols usually provide a range of services, such as computation storage as well as bandwidth, identification hosting, and other services that were previously provided by cloud-based providers.

Web 3’s main benefit is that it aims to address the most important issue that has occurred as a result of Web 2: private networks collecting personal data, which is then sold to marketers or potentially stolen by hackers.

The Web 3 network is decentralised, which means it is not controlled by a single entity, and the decentralised applications (apps) built on top of it are open.

Three major qualities that can assist in the definition of Web 3.0 are as follows:

As,”semantic web” is a crucial component of Web 3.0, semantic web improves internet technology by allowing people to produce, share, and connect content through search and rather than using keywords or figures, analysis is based on comprehending the meaning of words.

Web 3.0 websites and services, such as online games, e-commerce, and portfolio websites, make extensive use of 3D graphics. Bruno Simon’s best example of a 3D website may be seen here.

The two cornerstones of web 3.0 are the Semantic Web and Artificial Intelligence. Web 3.0 enables computers to grasp material in the same manner that people do by integrating this capability with natural language processing, resulting in faster and more relevant results. They become increasingly clever in order to suit the demands of consumers.

The development of Web 3.0, we believe, will revolutionise our lives for the better for three reasons:

1. A better browsing experience that is more tailored to the individual.

As intrusive as those advertisements can be at times, there’s no denying the convenience of being able to quickly click over to a unique offer for something you really need or want but might otherwise overlook.

Web 3.0 provides all users with a far more personalised surfing experience. Websites will be able to adapt to our device, location, and any accessibility requirements we may have, and web apps will become far more aware of our usage habits.

As previously said, the ability to communicate with a search engine in natural language is quite beneficial. Businesses will increasingly be able to take a more natural approach to search engine optimization on their websites, rather than resorting to difficult keyword techniques, as the learning curve becomes almost non-existent.

The multifarious Web 3.0 will benefit not only websites, but also web apps, which will begin to provide consumers with considerably richer experiences.

Why web 3.0 Important in Business?

In addition, Google Maps keep track of the details about the user’s area of residence and maps of the region, but it’s additionally locating relevant advertisements to display to the user, loading data about nearby businesses and creating information for overlays in the event that users want to view traffic patterns , and so on. All this happens in one go without not noticing any major delay.

This requires a high-end mobile device, the high-speed internet connectivity for mobile devices and smart algorithms as well as web design, which are hallmarks of Web 3.0 technology.

There are also massive benefits for small-scale businesses in terms of marketing research as well as advanced segmentation. For good or well, computers are now able to cross-reference, interconnect processes and combine data from various sources to discover patterns of internet traffic, shopping patterns and new trends among consumers.

This makes it much simpler for entrepreneurs to reach out to their customers through more cost-effective ways as well as, thanks to the advanced information on the habits of web users, is now able to design messages that will be a hit with prospective customers. An example of this kind of semantic web can be found in Facebook the OpenGraph.

The Graph search feature lets users get valuable data on the people they want to reach and this information can be utilized to connect with those who are the intended market for a particular site. This can significantly lower the start-up cost for businesses that are just starting out. The cost of publishing advertisements and content in the web 3.0 environment is much less than trying to achieve the same amount of reach through the traditional channels of media. The lower cost of entry into a market can encourage small-scale business development and helps the growth of new small businesses.

The internet continues to grow and there’s no reason to think that entrepreneurs haven’t seen all that the internet can do to improve profitability. The advancements in technology have reduced the costs of starting an enterprise, developed innovative and efficient methods to connect with prospective customers, and made it possible for more efficient web platforms that can provide useful information to both sellers and consumers alike. As the Web 3.0 technology is becoming more common entrepreneurs and small business owners will benefit greatly if they’re ready to profit from the next phase of web development.

The evolution of web:

Web 3.0 will significantly expand the breadth and scope of both human and machine interactions to levels far beyond what we can now comprehend. The interactions, which can range from seamless payment to more sophisticated information flows, as well as trusted data transfers, will be feasible with a significantly larger variety of possible counterparties. Web 3.0 will allow users to connect with any person or machine around the globe without needing to pass through middlemen who charge fees. This will open up an entire new generation of previously unimaginable companies and business models ranging from global co-operatives , to self-sovereign, autonomous and decentralised marketplaces for data.

Web 3.0’s Next Phase in the Business Community:

The upcoming phase of Web 3.0 goes far beyond the first use-case for cryptocurrency. Because of the wide range of interaction that is now possible, and the world-wide range of the available counterparties, Web 3.0 will cryptographically connect information from corporations, individuals and machines using effective machine learning algorithms that will lead to the development of completely new markets, and the associated business models.

It’s like the concept of a “return into the village of the globe” that is a daily involvement in human-centric and highly personalized interactions we previously benefited but now on the global scale of internet, and enabling an ever-growing variety of machine and human specific skills.