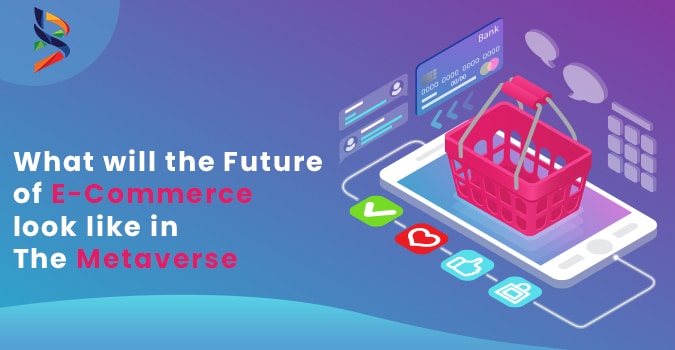 What will the future of eCommerce look like in the metaverse?

The metaverse is now at the very least, in the public mind.

The moment Facebook Chief Executive Mark Zuckerberg announced that the social media giant was planning to redesign its brand as Meta and shift its focus to build an online meta-world, the web as we know it today was exploding. We’ve all seen memes as well as the reactions and amused yourself watching video clips of Zuckerberg in a way that was so out of character, demonstrating what he believes will be likely within the next few years.

What does this all mean in the context of eCommerce?

With the notion that the metaverse is an online world that is supplementing the physical, then it is evident that eCommerce will be a part of the metaverse. We buy and things and sell them within our “real” world, so why not in the metaverse? It’s a fact that that a company such as Meta (nee Facebook) wouldn’t invest so much and so openly in the metaverse if it were no money in it.

Therefore, it’s safe that there’s a need for commerce in the metaverse however, what exactly would it be like? We’ve searched the web with the mouse and keyboard (so traditional) to try our hand at answering this question.

Finding a definition of new technology is essential when thinking about how it will perform or be used however this can be particularly difficult when it comes to the metaverse. This is because it doesn’t exist in the present, and so the different definitions that are available are speaking of slightly different visions that the technology of tomorrow.

The most effective way to describe this metaverse would be “as the internet brought to life, or at least rendered in 3D”, as NPR stated. To be closer to the details, technology experts such the venture capitalist Matthew Ball think that the metaverse will last forever (or never-stopping) as well as synchronous and live with no limit on users and will provide a sense of “presence”, which is an aspect that Zuckerberg frequently emphasized when discussing the metaverse.

Particularly relevant to our needs, however, Ball’s seminal essay also states that the metaverse is going to “be a fully functioning economy”. This is a fascinating possibility for those already involved within online commerce, it’s more than just a new way to market physical goods (and we’re all aware of the importance of having it be multichannel) the metaverse could also be a means of selling new products to the metaverse. If you’ve purchased the latest Ferrari Why not purchase a Ferrari NFT to be your avatar, to drive around in the metaverse?

Additionally, you should know that although Facebook has been vocal about its vision in the realm of the metaverse (and plans to invest at a minimum of 10 billion dollars every year for it) however, a lot of other businesses have been and will be a major component of its growth. Epic Games, for example, has integrated metaverse elements into its hugely loved Fortnite online game. In fairness to Zuckerberg however, the former CEO did say that in the course of an interview with Verge “hopefully in the future, asking if a company is building a metaverse will sound as ridiculous as asking a company how their internet is going” because it’s all interoperable and interconnected.

The metaverse of commerce

Zuckerberg as well as Meta have made it open about the fact that commerce and shopping are the keys to technological advancement, but they have shed they could shed some unclear on the specifics.

“It [the metaverse] is a part of the major themes we’re currently working on. Consider things such as community and creators as one thing and digital commerce in a second or establishing the next generation of computing platforms like virtual and augmented reality to give people the feeling of being in the present,” he told Verge.

More importantly than that, the terms “commerce” or “shopping” were mentioned more than thirteen times in the presence of Zuckerberg and other top executives as per this account from the Facebook Connect event last week, which announced Facebook’s name change and laid out Facebook’s plans for the metaverse.

We’re also working on a Horizon (Facebook’s VR beta platform] where creators can offer and trade 3D digital goods. Our hope is that this will facilitate an increase in commerce and contribute to the growth of the metaverse economy.” Zuckerberg said at one time, declaring that he believes that the Metaverse would “host thousands of billions of dollars worth of electronic commerce”.

Vishal Shah from Meta, the Vice President of Metaverse spoke in more detail about the role of commerce in the metaverse. He also explained Meta’s mission of “serve as many people, creators and businesses as we can by keeping fees as low as possible and offering choice.”

“In short, the metaverse will remove many of the physical constraints we see on commerce today and make entirely new businesses possible,” said the author.

The majority of the time, Shah spoke about digital products, not the potential of selling physical items in the metaverse. However, there was the segment was a conversation featuring Jackie Aina, an influencer who has a well-known lifestyle brand named FORVR Mood, best known for the sale of candles.

Shah Aina was in the”metaverse “space” where they outlined potential uses for the metaverse to assist in the design and development of products, and the possibility to design and create exclusive products.

“Imagine for your biggest fans, you could have an exclusive launch party where anyone could visit no matter where they were in the world,” Shah explained prior to adding “you could also drop an exclusive product in the metaverse, only available to your most ardent fans who pay the special access to get that product.”

Outside of Meta, The consensus would appear to be that the combination of digital and physical products has the greatest promise in the metaverse.

Payments providers stand to benefit from the metaverse becoming real, after all, we’ll not be paying for products and services by money in a virtual universe. It’s therefore logical that Mastercard has stated what it thinks about the development of the metaverse and eCommerce.

In the blog that was published in the late month of September Mastercard has imagined an era where two friends get together at a virtual location and purchase a pair of sneakers. It’s nothing extraordinary, however, the details of the imagined purchase are interesting.

The group of friends discuss the topic of sneakers after one of them mentions that she had spotted a pair she would like. Then, a list of images digitally of sneakers pops up and, as one of the buddies describes the sneakers she was looking at, a virtual assistant narrows down the choices. The AI then lets the users personalize the sneakers before purchasing the physical pair, as well as one NFT version.

From the discovery of products to personalization and fulfilment in just a few minutes. All without ever even leaving the comfort of your home, according to this Mastercard writer. While it may seem like something that is futuristic but take a closer look at this transaction, and it’s merely an expansion of the direction that eCommerce is taking. Seamless experience from channel to channel, cardless payments, hyper-personalization, and even some good-old-fashioned cross-selling.

“Brands will offer their customers hyper-personalized experiences without worrying about the physical world’s many barriers,” the article states.

In the meantime, Shopify president Harley Finkelstein believes that his firm’s long-standing connections with the company that was previously known as Facebook could put them in a good position to ride the gravy train of the metaverse.

“If the metaverse is a place where shopping and commerce happens, we’re really fortunate that Facebook has been a great partner for us over the years, and we suspect we will be the launch partner for commerce inside of Facebook,” the CEO said to Bloomberg with the now-defunct name of the company.

Fast Company spoke to 28 experts about what the metaverse could and will not be prior to the major Facebook announcement. They also believed that commerce is a key element in the coming years, no matter if Meta is involved or not.

According to the piece in Vice clearly stated Zuckerberg had been “pitching products that don’t exist for a reality that does not exist in a desperate attempt to change the narrative as it exists in reality, where we all actually live”.

No matter where you are on Meta and Zuckerberg’s ability to lead the world to an exciting, brand-new digital age within the Metaverse tech experts are all in agreement on the idea that the world of meta is on its way either way.

The fact that eCommerce will be a part of the future is a definite possibility It’s likely to be in the forms that we’re imagining right now (more immersive brand experiences online, digital extensions, and enhanced discovery of products) as well as in ways we’re not able to envision yet.

We’re looking forward to the future at Brisklogic If you’re looking for a brighter future for your eCommerce business, then get in touch with one of our experts now.