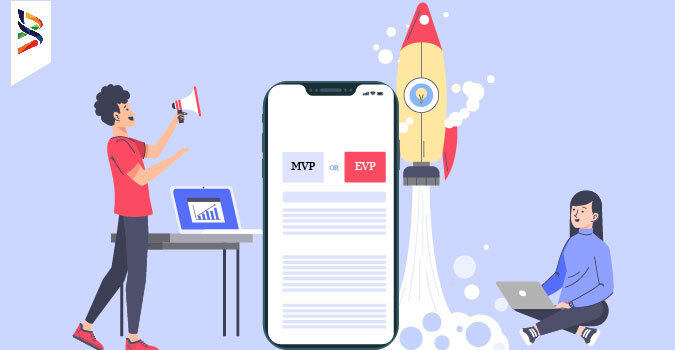 Which is Better for Your Startup, MVP or EVP?

What’s the dream that each budding entrepreneur dreams of? To be a million-dollar startup unicorn such as Amazon, Uber, and Instagram. However, the path to success isn’t easy. Are you still confusing between MVP or EVP?

The obstacles include increased competition, time limitations market saturation, changing patterns, new technologies, and the lack of funds that force you to look further away.

In the meantime, the pressure of being out-competed is pushing you back, which results in an unintentional crash for nine out of 10 startups.

How can you beat the odds and make it into the top 10% of startups?

Start small – create an idea for a prototype product and then get approval instead of investing all your money in something that customers may not even need initially.

However, as easy as this may sound, making an initial prototype can be quite difficult. A minimum viable product, and then there’s an outstanding potential product. It’s like being in front of a crossroads. The choice of the route you take will decide the outcome of your design and how much effort you’ll need to put into it and how many elements you’ll include and how long you will need to put in.

In this article, we’ve evaluated each option to aid you in making a more informed choice for your business.

What is an MVP (Minimum Viable Product)?

MVP (also known as Minimal Viable Product is the strategy that was popularized in the work of Eric Reis. It’s a process that allows startups to create an MVP of their product or mobile app. An MVP can be described as a minimally feature-rich product that allows businesses to receive real-time feedback from customers.

After analyzing all the consumer feedback on the initial version, the startup can alter the product to include new features and features. Then, finally, they can introduce the product to the market.

Thus, a basic variant of the software that has a limited version of the core features is introduced to the market to try out the idea and observe the reactions of customers.

What is an EVP (Exceptional Viable Product)?

The idea of EVP was first introduced through Rand Fishkin, founder of SeoMOZ. The definition he uses is EVP as the smaller version of a fully-fledged product that is ready to launch in the marketplace. The initial product is developed and tested with the agile development method of distributed testing. It’s similar to developing an MVP however, the testing happens internally or through a restricted closed beta, and the aim is to create an extremely small but polished end-to-end product.

After the EVP has been tested, tried and improved to be the most effective version, it’s ready to release on the market. The first version is remarkable and distinctive in an approach that instantly draws the attention of the public.

Create an initial prototype of the product that is close to the final product. It’s like shining all the aspects of the product prior to handing it over to the customer.

It could be the complete opposite of our current lean ideas in product design. But don’t fret, it isn’t exactly the same as the traditional waterfall methodology. There are times when going the EVP way is sensible and can assist in defining the meaning of when we refer to MVP and EVP in the context of this post.

What kind of thin product slice are you constructing?

Before you jump to the comments Before you do, remember that the previously mentioned “definitions” of MVP and EVP don’t intend to be considered dogma. They’re placeholders to help you answer the main question you must be asking as an agile product manager.

Are you beginning with the “vertical slice” of product capabilities i.e. you are focusing solely on one characteristic or function, at the expense of nearby or adjacent aspects Or are you beginning with a “horizontal slice” i.e. polished from end to end, but only a tiny slice of the feature set you’re considering?

For clarity, The so-called vertical slice is comparable with the MVP in this way The one that is horizontal represents EVP. Naturally, what you develop must be valid proof of the market’s interest in the idea you’re developing, so it’s crucial to not ignore that “viable” bit in both definitions! Each startup will require a unique combination of these two methods however we’ll look at the extremes of the spectrum at present to help us determine what our personal balancing point may be.

What’s the difference between an MVP or EVP?

We have seen that the two design approaches use two completely different routes.

Let’s look at the distinctions between MVP or EVP. 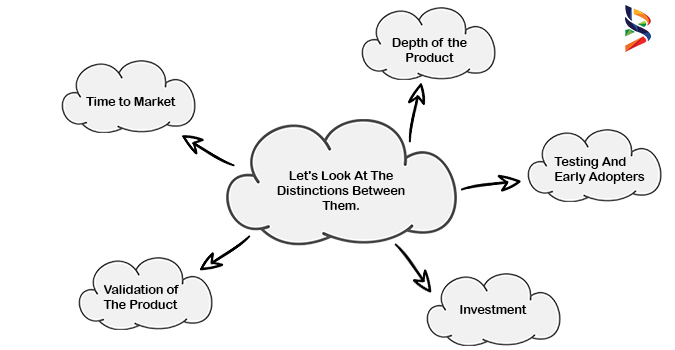 MVP concentrates on making the first launch into the market using only a few features and a small budget. The MVP is the bare-bones version that the product goes on sale to gather user feedback fast.

EVP believes that a product launch is slightly late, but it’s developed thoroughly to create a standout debut in the market. The final version of the product is made available only when it’s exceptional.

Depth of the Product

MVP is a minimal version of the application. The design of the app focuses on only two functions.

EVP is, on the contrary, a complete version application. The primary goal in EVP application development is to offer more quality to the users, rather than launching the basic capabilities of the app.

In evaluating the performance in MVP development The MVP product is evaluated by the actual users. When it comes to the MVP process of development there are various ways to evaluate, until a satisfying product is found.

In contrast, EVP is only available to internal developers and a few loyal customers to try out the application. The public will be able to download the full version of the app once it’s launched. The practices of testing and iterations are applied until the startup is able to offer the perfect version of its product.

Entrepreneurs can begin developing their MVPs using a lower budget. It won’t require a huge portion of the budget to develop an MVP that is viable. It’s possible to launch at less than the cost and carry a lower risk.

EVP On its own needs an investment of more than the average. Because this is the final version of the software it requires more capabilities, finishing details and a refined version of the product. This requires the use of more advanced technology and requires more time which results in higher costs for developers.

Validation of the Product

The release of an MVP signifies that you’ve started the process of validation. This will give you the opportunity to prove the validity of the feature that is the primary one or the product you want to market.

EVP however means that you have acquired a wealth of knowledge regarding the product or service you’re planning to provide. It indicates that the entrepreneur has already accumulated domain knowledge of the market, gathered market information, and conducted research on customers prior to investing time and resources into building the nearly finished version that the solution.

What’s the difference between MVP and EVP, and when should you choose one over the other?

When it comes down to choosing between the two different product approaches to development There are a variety of things that entrepreneurs should be aware of. Find out whether you should develop an MVP or choose an EVP.

When Should MVP Development Be Considered?

Every startup is not able to succeed with a minimally viable product. It is impossible to launch a simple item and hope to please even the tiniest fraction of early users. It should deliver something and must understand the fundamental values to gain some respect.

This is an excellent moment to see an MVP’s development:

When Should You Opt For EVP Development?

Although the MVP method of development is considered to be the “right method for development by a majority of startups, there are a lot of situations where launching a functional-first version of the product with too much polishing would not be a good idea.

Below are some scenarios where it is recommended to go with an MVP from the beginning.

You’ve probably used popular apps such as Uber, Instagram, and Snapchat every now and then. This is how apps are successful with an MVP at the beginning. 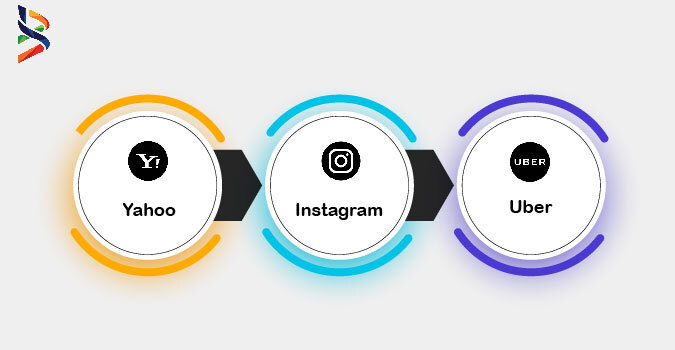 Yahoo was first introduced as a single-page MVP site that only contained links to other websites. This was the only feature that was able to satisfy users back then. Today, the site is the second most searched-for search engine in the world.

Instagram first came out with basic editing of photos and sharing capabilities. Additionally, a few additional filters for sending and receiving messages were included within the application. Today, Instagram is enriched with various features, including posting, sharing photos messages, image filters and more. It is among the most popular apps that dominate the social media space today.

Uber Cabs were an MVP which let customers book cabs from an app, monitor their movements using GPS enabled devices and let them pay completed using cards. However, look at how they’ve evolved with other features such as live tracking as well as fare estimation and fare splitting, automatic payments and connecting to mobile wallets and many more.

Although we’ve all heard the stories of success stories from startups that employ EVP, the Minimum Viable Product method to get to the top, very little is talked about and discussed EVP. We have two instances of companies that were founded by using EVP and climbed to the top of the heap.

The company that wireframes and prototypes were looking to impress designers with the simple concept of using notepads to prototype ideas on paper. They realized that the idea was straightforward however the most effective way to capture the attention of designers was through their first prototype. Therefore, they created several variations and let their products undergo multiple revisions before releasing them. The utter thoroughness of the process and the superior quality of the product contributed to making the designers look good and gaining better feedback.

The most important key

Still, Confused Between MVP or EVP?

From choosing a technology stack to the development process the entire process is based on the nature of work time, cost, and scope. When you are choosing the best option for your startup among MVP and EVP It is important to keep in mind that they are two completely different methods.

MVP’s primary goal is to gather feedback and test the product as well as scale the product over time in an iterative way. The initial version of the product was constructed with only a few features, but it can be targeted at an even wider audience. It’s intended to give an understanding of the market in the shortest amount of time and at a minimal cost.

A smart decision could lead your company to the heights of success. Make wise choices and have the best of luck with your venture. For more information contact Brisk Logic.