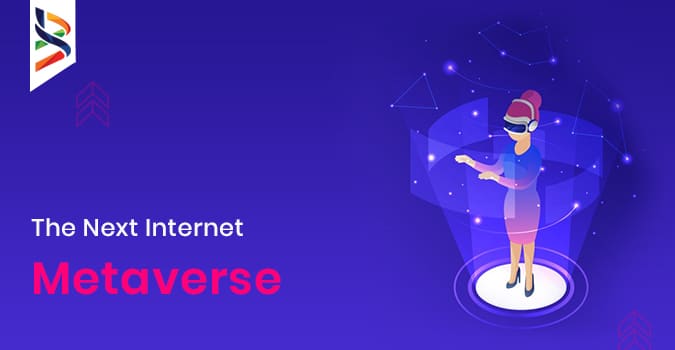 The Next Internet: Meta verse

Facebook’s, er, Meta’s recent rebranding and investment have sparked a new trend of fascination with the metaverse. The metaverse is everywhere in headlines as well as memes, corporate news as well as gaming platforms and even social media. The increasing popularity of the term creates a fear of doom. It’s as if in the near future, our lives could be consumed by commercial pixels as well as paywalled interaction. However, Fortnite and Roblox are also hyping the metaverse for a while years, and the idea actually has been around for decades.

What exactly do we mean by the term “metaverse?

Mark Zuckerburg’s concept conjures up the image of virtual everything The idea is that you attend meetings at work as an avatar wearing an Quest VR headset and use devices on your wrist to text friends.When you venture out wearing smart glasses, you’ll be wearing them which offer Augmented Reality experience as well as recording what you experience and see. The metaverse will be available via smartphones and computers, wearable technology and headsets (or the combination of all three) and is where you can shop, work and engage in socializing, exercise, view moviesand games.

However, the term “long” predates several of the technologies that might be used to make it feasible. Meta- is a suffix that means “behind or beyond” it could also refer to “more extensive” or “transformative” (like the metamorphosis). The second part of the word,’verse’, is derived from “universe” and is used to describe an entire sphere (like Twitterverse) or a fictional universe, such as that of the Omegaverse (sorry! ) an speculative alternative world literary genre used to group characters into betas, alphas, and omegas. The term “metaverse” generally means the virtual world that is above, beyond or as an extension from the real world.

The term was coined by the dystopian sci-fi book of 1992, Snow Crash, written by Neal Stephenson. The book describes the Meta verse is the collection of both augmented and virtual reality that are centered around a long “Street” where users walk as avatars, and are able to access the world via glasses and connecting to terminals. Terminal users who are public get rendered in blurry avatars in black and white, while those who purchase personal terminals can be rendered with full detail and color. In the past, however, the term “metaverse” was coined to refer to the various projects aimed in creating a lasting virtual reality that is a part of our daily lives.

The quest to create virtual worlds that are immersive since the 1960s, an effort that was fueled by the global building efforts of both the video and film game industries. One of the most frequently cited instances of metaverse could be Second Life, an alt-reality computer game that lets you are a character and could do nearly everything — including build houses or marry — was launched in 2003. It was a very real world that it was a bustling community of kinks – it can’t get any more real than this. By the year 2006, there was enough metaverse enthusiasts who were serious enough to come together for a conference.

This summit conceived the Metaverse Roadmap which was a plan that laid out the way towards completing the metaverse. This Metaverse Roadmap defines the Meta verse as “the combination of virtual-enhanced physical reality with a physically permanent virtual world.” It could appear as a different world, layered on top of one we have in our lives by using AR and an imaginary space that we could enter and exit, as in the video game from Spy Kids 3. Imagine Snapchat filters or the Google feature which lets you view the life-sized 3D animal models. In the Metaverse Roadmap explains that, “the Metaverse wouldn’t be the entire Internet, but as with the Web it would be viewed by many as the most important component.”

There have been several rounds of metaverse-related hype over the years, however, many of the evangelists today will say they are the only ones who say that, for the first time we’ve got the tools, protocols and infrastructure to get onto the gas and actually make it happen. They claim it’s the next step , following smartphones and the Internet of Things. Metaverse asks the huge “what could happen” regarding combining virtual reality as well as augmented reality, Zoom meetings and crypto, social networks and online shopping, NFT’s and wearable technology Artificial Intelligence 5G, and many more. It’s the future, they say! The future is certain and therefore it must be positive isn’t it?

Most of the time those proclaiming the benefits of the Meta verse, and insisting that it’s the only way to go and the next step in our evolution are Silicone Valley voices, futurists (the Metaverse Roadmap’s John Smart) and all kinds of people with significant financial stakes to the development that is the world of metaverse. Mark Zuckerberg is definitely one of them, as does Matthew Ball, a venture capitalist, prolific writer and writer who has offered one of the most useful definitions of the metaverse . He is soon to publish a book about the subject.

A vast network of permanent 3D worlds that are rendered in real-time with simulations.”

According to Ball Meta verse are “an extensive network of permanent 3D virtual worlds that are rendered in real-time with simulations.” The Meta verse of Ball should be able to preserve the continuity of identities objects, histories, and payments, and be enjoyed by an infinite number of people at same time. In this, each person will have their own personal sense of presence. The metaverse in this case is an immersive virtual world which allows users to feel present. It’s a permanent area where blockchain technology can be utilized to pay for things that we carry through various experiences. Imagine wearing your Sandy Liang fleece you got in Animal Crossing on your Twitter and Instagram profiles. The Meta verse of Ball is continually expanding and growing.

Zuckerberg’s metaverse is heavily in the direction of Ball’s. When he presented his Facebook Connect presentation, Zuckerberg’s avatar was moved from platform to and wore the same black t-shirt , demonstrating an “continuity between identity, objects and.” With over 3.0 billion Facebook users, Zuckerberg’s world is on the way to accommodating an infinite amount of users. And throughout the presentation Zuckerberg frequently assured the audience that each feature in the metaverse would create an “sense that you are there.”

In the present, Roblox and Epic Games Fortnite are frequently linked to metaverse conversations, and, some believe, are more on the way in making the world of meta come to life that Zuckerberg’s Meta. Both games satisfy the criteria of being persistent virtual universes They each have millions of players who come together to play and interact, where there is some resemblance in items (clothes as well as skins) as well as payment (Robux as well as V-Bucks). Fortnite’s Ariana Grande concert event was attended by millions of people and with emotes and avatars that can be customized These events are creating an impression that they are “presence.”

Most important you need to know is the fact that metaverse isn’t real.

One of the most crucial things to remember is that the universe doesn’t exist and isn’t an actual reality. Zuckerberg is evident that, for the company the metaverse is his target and for many researchers, engineers, investors and futurists, it’s an ongoing plan. The plan, however, was not popular, and people don’t like the idea, and there’s no confidence in Meta’s metaverse’s ability to cause anything other than immeasurable destruction to the point of being an unsustainable mess. Metaverses are an idea that is for some it’s an exciting idea and for others a terrifying one.

Rhizome, a non-profit art group that works to preserve cultural and digital artwork, hosted an event titled”Hello to the Metaverse,

In the work of creator David Rudnick noted that, “the concept of the metaverse is ultimate centralization” something that is sharp contrast to many of the democratization hopes that we had previously on the Internet. Rudnick states, “when you hear people speak of the vision of the metaverse emerging it’s really about a world in which you can accomplish everything in the virtual world]” an open, commercial space, “that can derive value or some form of ownership from all of the interactions within the system.”

At the heart of them, worries and fears about the metaverse are primarily concerned about dimensions. Any growth of the virtual world could increase its negative aspects. What is it like that so many crucial interactions to be controlled by a few for-profit businesses? If the current dominance of Meta over social media is an indication, it won’t give optimism.

The past has shown that governments are notoriously slow to comprehend and governing technological advancements. Is a government that is completely confused on what finsta means can be relied upon to keep the metaverse secure ethical, sustainable, and ethical?

What are the environmental and human costs of doing this? What are the potential benefits?

At present, the metaverse is mainly the dream of a handful or a few, an idea, a fantasy with a lot of gaps to allow the chilling wind of the unknown pass through