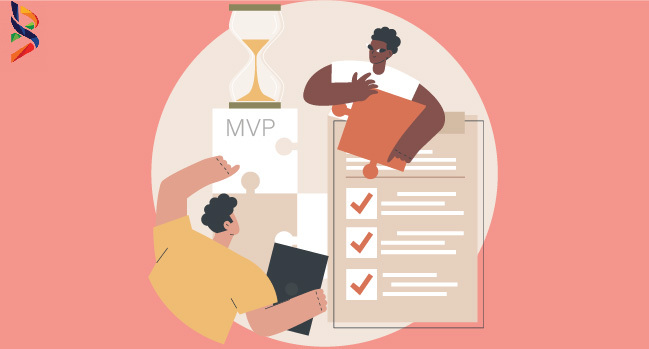 These terms are used in the software industry and elsewhere. It became clear that the community is confused about the relationships between these terms. These are the things we want to clarify.

We explain Agile philosophy and reveal how Scrum and MVP relate. Additionally, we provide many great examples of MVPs that you may have heard of. MVP in Scrum is an extremely popular topic. We are certain it will be very interesting.

Scrum is an Agile Methodology

Agile is a project management philosophy that promotes software development. It has 4 core values and 12 principles. This document, ” manifesto for Agile Software Development”, was created by 14 CEOs and founders and engineers in 2001. It provides an interactive approach to software creation and delivery to end-users. This method allows incremental improvements to the software product, as different parts of it are developed and delivered at different times to end-users. It is more efficient than creating a single product that has all the features possible before its big release.

Many people have come up with other project delivery frameworks, practices and methodologies that are based on Agile principles.

What is MVP in Agile?

A minimum viable product (MVP), is a version of the software product that has enough functionality to meet the user’s requirements.

This concept was first introduced with the Agile manifesto published in 2001. However, it gained momentum in 2009 when Eric Ries published his book ” Lean Startup”. Eric Ries stated that MVP can be used to collect valid learnings from customers.

When a team believes that the future app will be useful to users, it starts the development process. They don’t know the answer. Here’s the tricky part: The team could release an app that has a lot of features, two-way connections, and a cool design, only to discover that the market doesn’t really need it.

Another option is to create an MVP and collect customer reviews after the app has been used. This allows the team to create a comprehensive set of features that are relevant to users.

How to Create MVP in Agile?

This abstract explains how to build MVP in Agile. Building MVP in Agile or Scrum is a complex topic that we won’t be able to cover here. We recommend that you read the MVP development steps article or the most comprehensive guide from Google.

MVP has many benefits. The major benefits of MVP are: 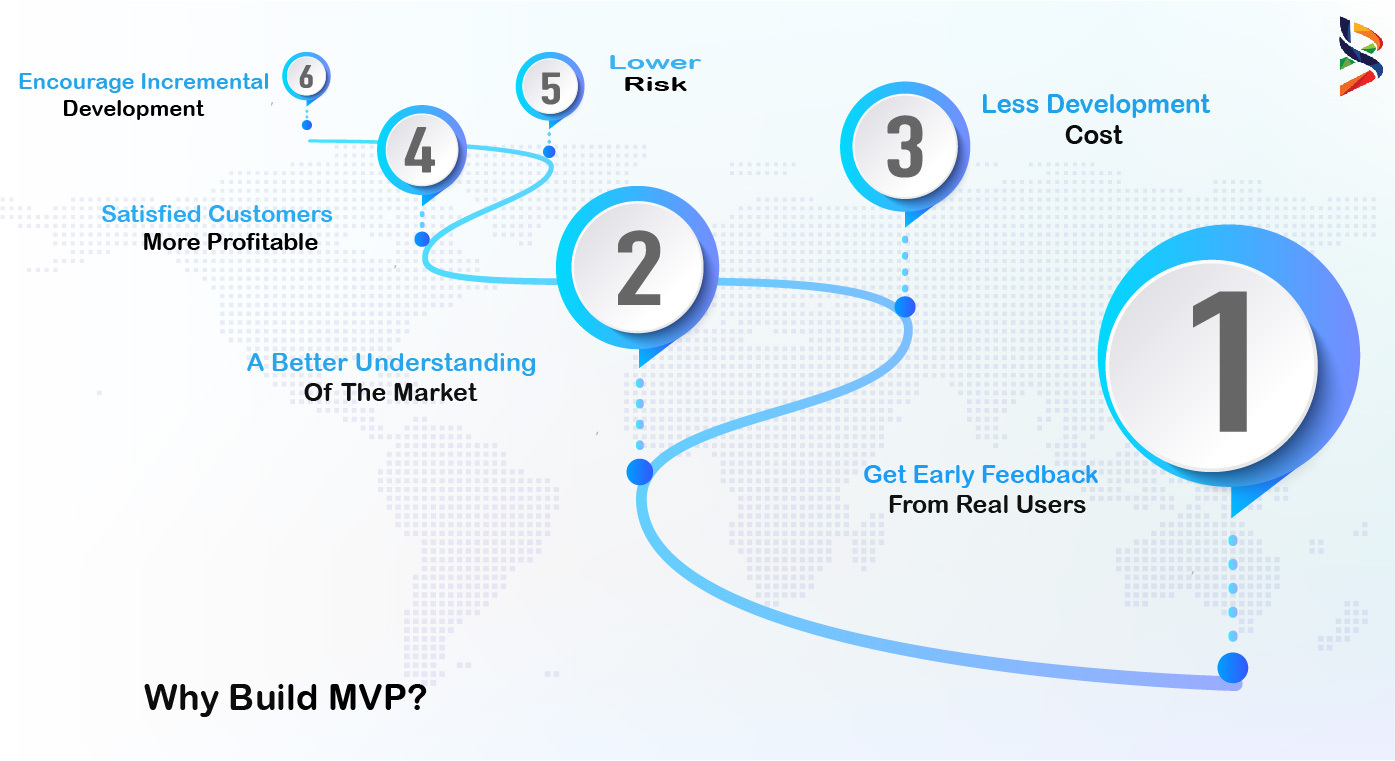 Get early feedback from real users

MVP development takes less time than creating a fully-fledged product. Real users will have the opportunity to test your product earlier and give feedback.

A Better understanding of the market

Real customers will give you early feedback, which can help you understand their needs and preferences. Your future decisions will not be based on your assumptions about product value but on the market.

This is the simple math: developing 40% of MVP features costs less than developing 100% for an app.

MVP is an Agile methodology component. It shares the Agile Manifesto’s values and principles. The first principle in the Manifesto is that customer satisfaction should be the top priority. You will have more satisfied customers if you follow Agile principles.

There are many risks associated with new projects. These risks are directly related to the development time. MVP reduces project development times and thus lowers risks.

Failure to meet the deadlines for a large project

Although MVP is not required for Agile development and incremental development, it is a great first step to encouraging the team to adopt Agile methods.

This concept isn’t a panacea. This is an instrument that should only be used when absolutely necessary. It is not a good idea to push MVP into every project without clear reasons. Sometimes people misuse technologies and concepts when they don’t know how to use them. 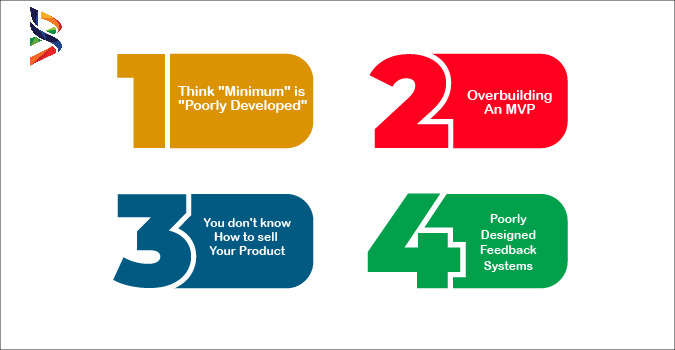 Companies sometimes try to get quick product delivery but forget that the product must be viable. This confusion can lead to untested or incomplete products.

How to avoid this mistake: MVP does not equal poorly developed products. All features within MVP must work smoothly.

MVP is not the product that has the most functionality or the full-fledged final product. It can be difficult to determine the optimal number of features that MVP should have. MVP becomes more than minimum and MVP becomes a dispute between leaders who want to include more functionality in MVP and developers who wish to reduce the scope of work.

This is how to avoid making this mistake: clearly define the MVP’s functionality and assign a role responsible for reviewing that list.

You don’t know how to sell your product

People will not pay much attention to a new product if there is no clear vision, clearly defined user values, or well-developed features. It is difficult to win the hearts of new customers in a market saturated with products.

You can avoid this mistake by exploring ways to communicate your core offer to your final users.

Developers should get early feedback. Data collection will be affected if there isn’t an effective in-build feedback system.

You can avoid this mistake by creating a feedback system. It can be embedded in the marketplace, or directly within your app. It’s up to each individual.

Once we have learned everything about MVP, it is time to move on to Scrum and MVP. We used the term “combination” intentionally because MVP has nothing to do with SCRUM, except that they are both connected with Agile philosophy.

MVP is not part of Scrum. However, MVP can be used alongside Scrum to enhance its benefits.

The second abstract of the Scrum Guide states that “each element serves a specific purpose which is essential for the overall value and the results realized with Scrum”.

We can see that MVP in Scrum was not mentioned. We did highlight the term “increment” because its meaning can be somewhat similar to that of MVP. It’s worth a look.

An increment is a concrete step (usually software or some features), towards the product goal. It is usually a working product that has a set of features. The increment must be completed (which means that there are no dependencies with non-developed functions), usable (brings value to users), and the responsible person can choose to release it immediately to receive early feedback.

MVP is software that has a set of functional features that are sufficient to provide value to users. It can then be made public so users can give feedback.

Although these definitions may look the same, real project developers often release multiple increments before naming it an MVP in Scrum. It could happen in one increment rarely or many.

The Spotify app, which is the largest audio streaming platform, with more than 381 million users monthly, was not even released to the general public at the time it was created. The MVP was based on three core assumptions: that people want to hear the music without having to store it locally, that artists and studios are willing to permit it legally, that there is sufficient bandwidth and no lags or delays in listening, and that the MVP can be used to do this. The MVP was built on the assumption that a music player would only have one option: to find and play a few pre-coded songs. The MVPs’ early adopters were the developers, their families, friends, and other family members.

Minecraft is the most popular video game. It allows you to collect natural resources, create a variety of items, explore and defeat monsters, and even rebuild the terrain and buildings in The Lord of the Rings universe.

The game’s incredible potential began as a blocky 3D landscape in which players could smash blocks and move them. was developed by one man over six days.

Although large Agile MVP cases are rare, there are many smaller projects where MVP was successfully implemented by developers. Brisk Logic can help you to become the next successful example.

Finally, there’s nothing better than a clearing in terms and concepts.

We discovered that MVP is not mentioned in Scrum. MVP is part of Agile-based software development called lean software. It can be used in conjunction with Scrum to enhance its benefits.