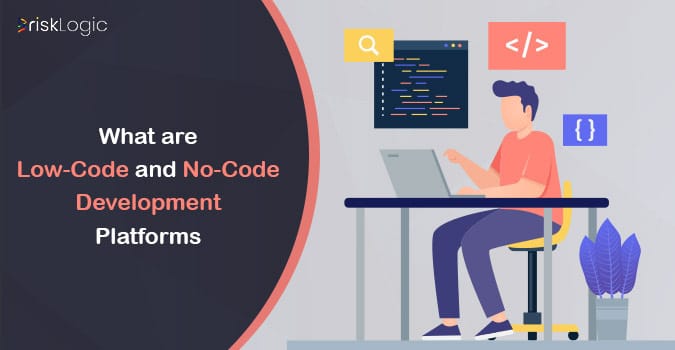 What are Low-Code or No-Code Development Platforms?

Low-code or no-code development platforms are a type of software development environment with visual interfaces that permit enterprise developers as well as citizens to drop and drag components of applications to connect them and develop mobile or web applications. They are often considered in tandem with the methods of development they use.

Modular and low-code approaches allow professional developers to quickly create applications, without the necessity of writing lines of code line-by-line. They also allow office administrators, business analysts entrepreneurs, small-business owners and many others who aren’t developers of software to create and test their applications. They can develop applications that require little or no understanding of the traditional programming machines, languages or the work that goes into developing the platform’s customizable components.

In both cases, they will see an intuitive Graphic User Interface ( GUI) via which they are able to combine components with third-party application APIs. App developers can rearrange and test the modules until they perform according to plan.

The popularity of platforms that do not require code has increased due to an insufficient number of skilled developers for software in addition to the requirement to speed up the speed of development projects so that business problems can be resolved quickly.

What is the best way to make Low-Code and No-Code work?

In traditional software development programs, programmers write lines of code to implement the features and functions needed in the computer program or application. This requires programmers to possess a thorough understanding of computer languages and the development environment, deployment procedures and test protocols.

No-code and low-code platforms encompass everything that happens behind in the background. Users are able to visually select and join together elements that are reusable, which represent specific features or steps (which include their own code) and connect them to form the ideal computerized workflow.

The users can build applications similar to writing a flowchart instead of writing line-by-line codes for every desired function or capability. These platforms typically also include features that permit experimentation, prototyping, and deployment.

The Evolution of Low-Code/No-Code tools

Low-code/no-code systems originate in the past from rapid development of applications (RAD) software like Excel, Lotus Notes and Microsoft Access that likewise put some of the capabilities of development into the users of the business (i.e. people who do not work in IT).

Additionally, the development process using RAD tools usually resulted in capabilities that were used by the person who designed the function or by a restricted number of users who are associated with the person who created it (usually an organization or business department).

Applications created using no-code or low-code tools are, however, can be utilized across departments and throughout the entire organization as well as by other users like clients and partners in business.

What are the main differences between Low-code and non-code development platforms?

Benefits of low-code or no-code platforms

The challenges of low-code and no-code platforms

The future of Low-Code and No-Code Application Development

Industry experts anticipate that the future development of the future for low-code will continue to see increased use by enterprises, particularly for speedy development and specific business needs. However, low code isn’t going to replace the traditional development of applications.

The use of no-code or low-code is expected to rise in LOB employees, and more professionals will embrace this method to aid them in the more routine programming tasks.

Today, the most popular areas for low-code applications are workflow or business process applications, mobile and web front-ends, as well as applications that interact with customers, according to Forrester. However, low-code is quickly becoming an accepted method of speedy development of applications, as demonstrated by the ability to adapt to COVID-19-related scenarios like the tracing of employee contracts. Experts anticipate that low-code will be expanded into broader fields like redesigning the technology stack and ecosystems.

But, businesses will continue to use traditional methods of development for applications that require extensive features, data governance, and deployment in specific architectural or environmental models.