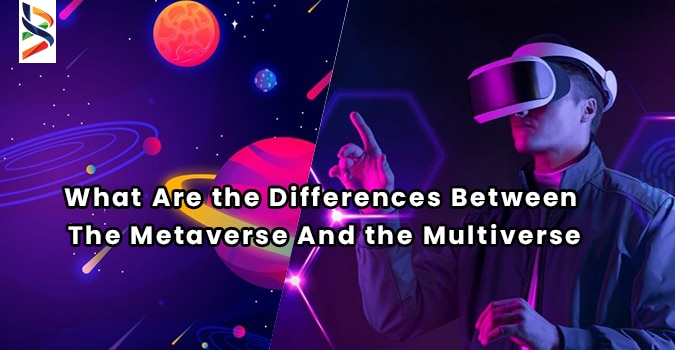 What Are the Differences Between the Metaverse and the Multiverse?

How do we define Metaverse?

The concept of the metaverse has been debated within science fiction for a long time. Metaverses are a virtual world within the game or platform but are separate from actual reality. The metaverse is created by computers., a virtual reality environment. In this virtual world, you are able to journey to various parts of the world and communicate with a variety of creatures.

Absolutely, the concept that there is a world in the metaverse can be intriguing. In fact, it would be incredible if we could exist in such a universe. However, it’s essential to recognize that this idea isn’t actual. It is not possible to go into the metaverse to see what it is like. The word Metaverse originates out of the Greek word”meta,” which means “beyond”, “above” or “over”. It’s used to refer to the realm that is beyond the physical realm. To simplify things the metaverse is simply an imaginary world.

What exactly is Multiverse?

Multiverses are a fictitious collection of multiple universes. The multiverse is frequently connected with string theory. It is the concept of the smallest element of matter. It states that particles are composed of smaller strings. According to the string theory, it is believed that there are multiple universes each with its unique rules. Also, every universe is unique.

The past was when physicists believed the universe was a single entity. But, they realized that the theory could not be the sole explanation for all of the universe. There was something that was missing. They realized that it was impossible to prove why our universe is there without taking into account there are other universes. So, they thought of the concept of the multiverse. The existence of a multiverse isn’t confirmed by any scientific proof. However, there are a variety of theories to support the idea.

By now, the Metaverse has already been introduced as a remarkable concept of physical-life-meets-virtual-living. For those who aren’t familiar with the concept, it is a concept that Metaverse is the universes that can be accessed via virtual real-world or augmented reality tools for interaction with other people as they work, play shopping, or take part in events virtual, but in a natural environment. In simple terms, it is a Metaverse is a digital realm of sorts, a simulation reality where everything physical can be transformed into a digital canvas so that every person can get the most out of their experience.

While the Metaverse has been a factor in the world of gaming A different, but remarkably similar idea is being revealed in The Multiverse.

While they look similar on the surface it is clear that there’s a vast distinction between the two concepts. The main difference is that the Metaverse is simply a set of virtual universes while the Multiverse literally means multiple universes’ merging into one single concept.

It is interesting to note that both concepts form part of the Omniverse which is an umbrella term that covers the details of our virtual and physical existence. For a more precise explanation, we’ll go over the fundamental concepts behind the Metaverse and the Multiverse and find out what sets them apart from one another and how they will each influence how the world’s future shapes shifts.

What’s the primary distinction between multiverse and metaverse?

The best illustration of the differences between them can be observed in the film “Ready Player One. In the movie, the protagonists are experiencing a virtual world called the Metaverse that is comprised of numerous other realities within the reality, also known as the Multiverse.

It is important to note that both the Metaverse as well as the Multiverse are both relatively new concepts and are in the process of being developed and being the Metaverse as the most feasible concept of both. It is fascinating to note that the Multiverse is as real like it sounds, has an extended way to go before it is a feasible concept that we can become accustomed to.

There are some fundamental distinctions that distinguish Metaverse in comparison to Multiverse. It is important to know the distinction to be able to comprehend the concept more fully.

We’ll then discuss some of the main distinctions between them.

The primary difference between them is their amount of universes. Infinite universes exist within the multiverse. However, Metaverse is only one metaverse. Metaverse that you can access through your computer as well as an AR device, such as Google Glass. So, we can conclude that the universe of the multiverse is unlimited, while that number of Universes within Metaverse is one.

The other major difference between them is their existence of randomness and order. There isn’t a thing as an ordering in the multiverse however there is a lot of order that is present in the Metaverse. The entire metaverse is tied to each other in some way and it is made up of information that flows across the network.

The third major difference between them is that they are entities. There are no entities in the multiverse however there are a variety of metaverse entities that have various capabilities. Additionally, there are various kinds of entities in Metaverse, which include AI, human beings robots, robotics, and so on.

The fourth main difference between them is the property. Both have properties but they differ from one another. Both universes possess different types of properties, however, they’re totally distinct from one another. They are not comparable with each other.

The fifth fundamental distinction between Metaverse and Multiverse is weather conditions. There isn’t a thing as a weather condition in the multiverse. However, it is ideal weather and climate in the Metaverse that offer a wide range of activities available during different times. Furthermore, it isn’t dependent on changes in temperatures as well as snow, rain and other weather conditions.

A closer look at the Multiverse:

The Multiverse is believed as a hypothetical set of multiple universes that encompass everything currently in existence. This comprises space, matter-energy, time as well as all physical laws and everything else that keeps other universes moving forward. The universes in the Multiverse generally have various names, and are frequently called ‘parallel universes or many-worlds.’

The idea of the Multiverse first came into existence as a concept in Ancient Greek Atomism, but the concept was more clear during the Middle Ages. Many prominent scientists from around the world have long debated whether other universes, which are not ours, were actually present yet the answer to that question will likely come to light sometime in the future.

However, The Multiverse suggests that since there are many universes in our universe, there could also be other communities belonging to other universes, similar to as we humans are part of our own.

To entice everyone’s curiosity to spark curiosity in everyone, the Metaverse has been made available as a part of the Multiverse which is why a variety of businesses are already exploring the manner in which the idea will be put into practice and integrated virtual.

The Metaverse from Gaming to a Real-Life Situation

While there is no doubt that Metaverse continues to be a fresh subject of debate it was gamers who were the first to be able to experience it, thanks to Virtual Reality games. Today, players can participate in any kind of sport and game in the comfort of their home as they experience the real-world setting and authentic rivalry.

Since the Metaverse is currently used exclusively in the world of gaming some companies, such as DC Comics and Marvel, have released the concept in their Multiverse comics as well as games, and animated shows, to create an idea of what it could be like. In the same vein many other moguls and tech companies too, have generated curiosity about taking advantage of using the Multiverse concept and applying it into their business.

Companies that are set to change the Metaverse:

If we don’t have the Metaverse it is impossible to discuss the Multiverse. Since the Metaverse is an eminent part of the Multiverse Many companies are expected to take a stab with the current trends and develop an appropriate Metaverse that is their own. Incredibly, companies like Facebook or Google had already explored the many, unknown territories and are in the process of establishing in their respective Metaverse programs.

While it may be some time before we actually see an official announcement about what the Metaverse developed on Facebook might be like, the plan of action Facebook has taken leaves no doubt that it will be implemented.

Of the two theories, The Metaverse is most likely to break the story earlier.

In the case of the Multiverse For the moment it remains unattainable, or perhaps say, the untrained notion that focuses on the Metaverse for a virtual component.

What will this all mean and what will the world be like 10 years from now?

There’s no way to be certain, one thing is evident – the notion of performing and living physically is likely to become obsolete as opportunities to explore new worlds and possibilities begin to be opened!