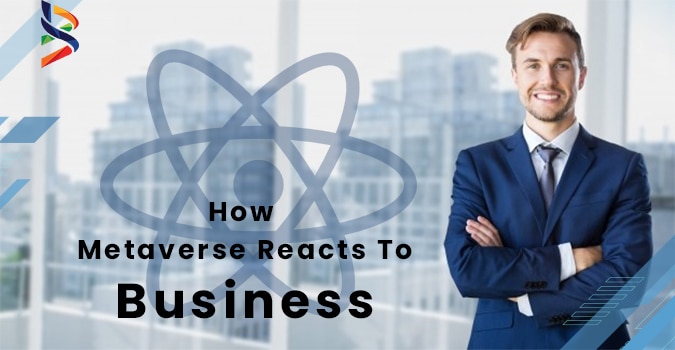 How Metaverse reacts to business?

The Metaverse and Why It Matters:

Mark Zuckerberg made the biggest announcement in the history of Facebook recently. The announcement of a brand new brand called Meta likely did more to bring people’s attention than other statements by an established brand. However, for many it caused confusion. For instance, what does the term “metaverse” mean? It’s a fair question. In reality, a variety of people and businesses are taking on this metaverse right now.

The term metaverse is derived from Neal Stephenson’s 1992 science-fiction story Snow Crash. The book imagined an imaginary world where people could utilize avatars to interact with one another. Stephen Spielberg’s film Ready Player One, based on a science fiction novel by Ernest Cline, dramatized the metaverse in a way that was appealing to a large public. Outside of the realms of entertainment Second Life, the Second Life company Second Life launched an early version of the metaverse in 2003 however, Second Life was probably ahead of its time.

There are many variations on what people mean by the term metaverse. However, a common definition is that it is the world of virtual reality in which people live and play with avatars and virtual products. The definition of currently is pretty much the way Neal Stephenson defined the metaverse.

Does the Metaverse have the same characteristics that virtual reality?

Metaverses can make use of the technology of virtual reality (VR) however, it doesn’t need to. The main thing that makes the metaverse is that people use virtual versions of themselves to communicate with one another. However, VR definitely transforms the metaverse into something more engaging.

What is it that makes the Metaverse get so much attention?

The rapid growth of cryptocurrencies like Bitcoin and non-fungible tokens (NFTs) in the year 2020 caused an explosion of curiosity about the metaverse. The idea that people could exchange payments in virtual currency – and also make digital images of things with NFTs – made the idea of a world that is completely virtual appear more real. Artists began to sell their work for millions of dollars using NFTs – entirely digital art that nobody could duplicate The metaverse was given a euphoria that is not present in other worlds. Big money talks!

When will that the Metaverse go to begin to take over?

The metaverse is developing now. One excellent example is the increasing popularity of the gaming platform Fortnite. On Fortnite, millions of players engage in games and buy virtual items like costumes for gaming characters by using virtual currency. To clarify, Fortnite members are using real money to purchase virtual items. However, to purchase virtual goods they have to convert their money into the Fortnite currency, which is known as the V-Buck.

The metaverse is far more extensive than Fortnite As this important essay by the venture capitalist Matthew Ball explains. The metaverse, once it does take shape will be comprised of virtual worlds that are interconnected and where everyone is able to live comfortably through their digital twin. Facebook hopes to contribute to the creation of an interconnected world.

What is the reason why the Metaverse affect companies?

The metaverse provides a totally new revenue stream for companies. Actually, it’s more accurate to refer to it as that it’s a completely new world of income. For instance, hip-hop superstar Travis Scott earned millions of dollars when his avatar was featured to Fortnite in 2020 to play an event. The money came from the sale of virtual items like exclusive Travis Scott gaming skins. But Travis Scott isn’t the sole brand. For instance, MLB offers NFTs of ballparks that are famous. Each NFT comes with original artwork which can be sold for hundreds of dollars. The year 2021 was the time that Gucci along with gaming company Roblox has created the virtual Gucci Garden. In the Garden, Gucci sold virtual goods through Roblox’s money (Robux). Gaming platform Minecraft has partnered with companies like Disney for the purpose of allowing them to create virtual content. Industry analyst Jeremiah Owyang recently posted a blog entry that provides numerous instances of companies using the metaverse blocks to earn money and connect with users.

The metaverse has the potential to create enormous economic value for companies that are involved in its creation. For instance, Facebook’s parent company Meta can earn money by selling technology that makes avatar life more enjoyable and more immersive. While immersive technologies like VR and AR aren’t an essential requirement to embrace Metaverse technology, Meta is betting that businesses and individuals will be able to utilize these technologies. In addition, Meta already has a significant share of technology with the acquisition of Oculus VR gear.

What can my business do to deal with the Metaverse?

Take a look at whether it is logical to begin engaging with users using digital platforms like Fortnite, Minecraft, or Roblox. Also, think about how your business could interact with users via metaverse elements, such as NFTs. Look at the examples Jeremiah Owyang cites in his article. Are you able to think of your brand earning trust and loyalty with an NFT, as Taco Bell is doing? If so, this is the moment to test.

Metaverses can also provide various interesting ways that people and brands can connect with one another through content like:

Engaging in thought-provoking discussions, for discussion on what the future holds for virtual reality or augmented realities by sharing your personal avatars on platforms hosted by a different company.

On a fundamental basis, the metaverse is a virtual reality experience made up of various digital worlds. Each realm has its own city or nation, where every avatar is able to be active, play or work. The metaverse is a mix of virtual reality, 3D holographic avatars video, and a variety of other methods of communication. If you begin to dig deep into the realm of the metaverse you’ll be amazed at how complex and detailed the virtual world is

Meta Platforms Inc. (formerly called Facebook) was a major fan of the metaverse and also helps in promoting the utilization of the metaverse with products it develops like Smart glasses and virtual VR headsets.

The first creator of the Metaverse However, other companies, such as Disney along with Microsoft also are developing projects related to the metaverse, too. Other businesses are investing in real estate within the metaverse. The metaverse’s real estate is sold for billions and millions of dollars since the real estate available in different realms aren’t indestructible which contributes to the feeling of urgency in purchasing land. It is a speculation topic that is being pondered by the world to find out if the metaverse is the next major technology similar to the internet. Certain technologists believe that we’ll see an economic system that functions fully in the metaverse within the future.

What are we able to accomplish in meta-space,, you might be asking? The possibilities are endless! The likes of Justin Bieber and Ariana Grande have already played full-length concerts on the other side of the universe. School districts are setting up virtual classes to facilitate online learning and greater engagement. Workplaces are creating workplaces in the universe to allow employees to feel as if they’re in the office as they work with colleagues, all the while still working from the confines of their homes.

The metaverse is vast and far and (in reality, as well as within virtual reality). In fact, China as a country, which has strict oversight of its citizens’ access to websites, appears to be now engaged in this metaverse. Unity Software Inc. is a software firm based in China that is looking to offer tools and other technology that could be used to create the metaverse. Tencent is another Chinese-owned company is the world’s biggest video gaming company and it is stated that Tencent has registered a number of metaverse-related trademarks to its social media site.

However, the majority of the development of the metaverse is being carried out by U.S.-based businesses to date. With potential opportunities for real estate investment as well as companies to market virtual goods and services, this could bring an entirely new concept for international businesses!