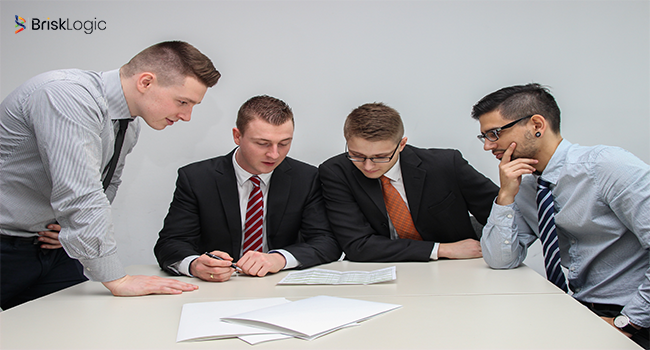 What is the importance of MVP In your Business?

If you are an Entrepreneur who creates mobile and web apps, it’s crucial to know the way that MVP (minimum feasible product) can impact your business and allows you to test your ideas within the market you are targeting before you develop the complete product. The advantages of paying attention to MVP within your company can help you bring your product to market earlier will help you maximize your budget and provide you with valuable improvement ideas, feedback from users and data from an analytical perspective.

What is the minimum viable product?

MVP is a new item like a website or mobile application that is designed with only the essential or minimal features necessary for testing the application on the appropriate market and getting initial attention from consumers and users. After the initial mobile or web-based app is created and tested, the feedback from the testers can be important in creating the fully-featured product and adding new features. An MVP adds value to users who utilize it and should contain the essential features only. The idea of starting with an MVP will allow you to determine if your mobile or web app will be received by users before investing more time and money to add all features. If your MVP is not successful, you can end development and production before investing any time or money on a product that does not be popular with the people who use it. The creation of a basic MVP will take much less time than creating an entire mobile or web application that has completely loaded functions. This prevents the designer from creating features that do not benefit the users of your app.

How do you create a Web and Mobile App that is an MVP?

When you collaborate in partnership with us We assist you in turning your ideas into a viable business ideas through analyzing patterns and analyzing the competition for mobile and web applications. We collaborate with a variety of entrepreneurs, small businesses as well as Fortune 100 companies to bring MVPs to the market. The first step is to understand the key features you need to include in your MVP and then deliver the features to your customer base to be tested.

We first assist you in defining your MVP must-have features that will bring benefits to users while leaving out features that aren’t essential for the basic functionality of the application. Once the essential features you need to have been identified, we assist you to prioritize them from most important to the least important, by understanding the components of features and the way they are utilized.

When we design the MVP it is crucial to:

How Do We Define and Create MVP?

Know the market to which you’ll launch your MVP. Consider the competition and what they offer. Find out how you can do it better or differently. Examine all the essential aspects in your MVP and decide whether you want to save some features to come back later. This will help make the minimally viable mobile or web application as easy.

Once you are aware of the main capabilities, develop a plan for research and release then create the MVP and promote it. As developers of your mobile or web application, we will keep timelines and features in the development of the application.

Before you release your MVP to the market you want it to be Quality assurance is the process to ensure that the website or mobile app functions according to the way you intended it to. We’ll address bugs and employ beta testers to test for issues or bugs that weren’t noticed.

Once you have created your most feasible mobile or web application It is now time to go live with the app and get important feedback that will help you determine the best ways to improve the app and develop or add new features that are more friendly for you users. We study data such as:

Continuous development of your web or mobile application while keeping feedback from your users and the product’s roadmap at the forefront.

You can get invaluable feedback from your users through app reviews available in the store as well as star ratings as well as via social media platforms such as Twitter. The Twitter account you have created lets you connect with your users and also your users to connect with them. Social media is advantageous since not all users leave reviews on your app’s store.

People are more likely to criticize something negative regarding your mobile or web app than mention something they like. Thus, feedback must be reviewed and analysed to determine the potential and value of your product. As we continue to build the mobile and web apps it is essential to measure user feedback against the original concept that the company had. Does the product perform as you wanted it to do? Are the users using it according to how you intended to use it?

As the creator of your website or mobile app, we’ll guide you through each step of the way, and help you to determine whether you’ve got a viable product or if you have to return to your drawing boards.

A fast and efficient MVP launch lets you instantly introduce a product on the market and test concepts in real-world applications and receive real-time user feedback on the overall idea. But, it’s not just for improvement and efficiency, but also to help make it easier to save time and time. An MVP helps determine whether it is worth developing the idea of a service or product and only works when the company listens to the comments it gets.

In any case, the MVP includes various key elements:

The cause of miscalculations is often issues encountered while testing. The major issues that can arise from this are the following problems.

Most companies that are successful in the West begin their journey to success by using MVPs. This is the least risky and the most expensive method. One alternative is to either separate your project from the larger corporation or to create an extensive product after securing significant capital. The most well-known startups began with an initial MVP version, tried the market, gathered an audience, and showcased their concept to investors. After that, they added new features to their product, and then continue to expand on their success.

Dropbox initially shot an initial Demo video in which they showcased their concept in three minutes. The company had no product yet. The video received likes and millions of views and thousands of comments and also helped to attract investors.

The initial version offered a simple tool for sharing messages. These were disappeared after 10 seconds after having been read. The initial iOS version was released in 2011 and included more advanced features, such as uploading images. Today, Snapchat boasts more than 230 million users each day. The company’s value is around $35 billion.

Sometimes, it’s enough to just make a small step and then get feedback to determine the validity of the idea. In 2007 Brian Chesky and Joe Gebbia recognized the demand for low-cost short-term rental. They were at San Francisco and found that in a city that hosted numerous conferences, there were not many alternatives for staying overnight apart from expensive hotel rooms. And it was difficult to secure rooms in them. To cover the cost of the apartment they were living at, Brian and Joe created an advertisement on a website for shared rentals. Then, three attendees of one of the conferences were interested in the opportunity. The idea was the beginning to create an online platform to search for and list short-term rental properties around the globe.

The company’s MVP has helped Brian and Joe recognize the value of their hypothesis and begin expanding the business. In 2020, Airbnb was able to record an operating profit of $3.38 billion and over 5,500 employees.

In the beginning, there was only one function available on the application – “checkout”. Additionally, rewards for checking as badges. After the app was adequate and was able to receive feedback from users did the developers start to extend its functionality. Presently, Foursquare is utilized by over 55 million users and the worth of the app is greater than $240 million.

The platform for stock photography began with a website on Tumblr. Users could download a theme as well as 10 high-quality images taken by local photographers for just $19. To attract people who would be interested in the idea, the announcement was posted on Hacker News. Within the first few hours after the announcement was made through Unsplash More than 20,000 images were uploaded. The initial site was basic with photos that could be uploaded via a Dropbox account. It was not possible to use this method for long therefore Unsplash rapidly began to evolve. Today, the platform has over 207,000 photographers. They also upload 2 million images each month.

Travis Kalanick and Garrett Camp launched the Uber Cab iPhone application in 2010 where users could hire premium vehicles at just half the cost of a traditional taxi. The app’s creators were inspired to create the app following their observation that fares for city taxis were becoming disproportionately expensive. The app was initially tested in a restricted area and had limited target users, but after a year of testing in beta and experimenting, they were able to attract the first significant investment.

Get a startup idea For Business with Brisk Logic

Every startup begins with an idea. Even if the concept is original, it’s important to evaluate its feasibility and relevancy. Making a product MVP will allow you to reduce costs and in the process, collect the required information. So, don’t underestimate a good viable product. It will save both times as well as money. Many of these examples have enabled creators to get funding for the development of their products.