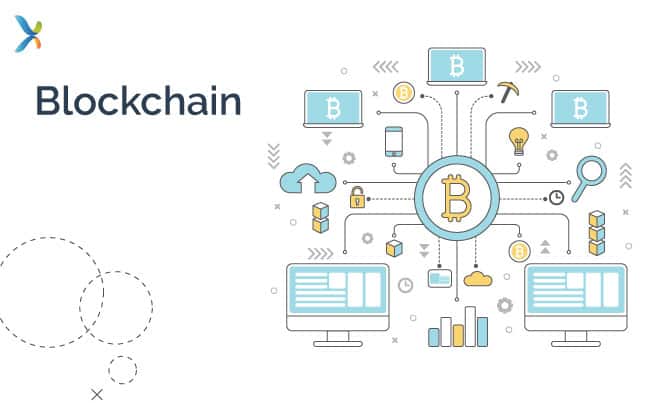 Blockchain: The Definitive Guide for Industries in 2022

Blockchain is a distributed ledger, or database, shared through a public or private computer network. Each computer node in the network contains a copy of the ledger, so there is no single point of failure. Each piece of information is mathematically encrypted and added as a new “block” to the chain of historical records. Several consensus protocols are used to validate a new block with other participants before its added to the chain. This avoids fraud or duplication of expenses without the need for a central authority. The book can also be programmed with “smart contracts”, a set of conditions registered in the blockchain so that transactions are activated automatically when conditions are met. For example, smart contracts could be used to automate insurance claims payments.

Soon, there will be no sector without benefiting from blockchain technology. Blockchains will have diverse applications in all industries, leading to greater efficiency, transparency, security, and savings. Without blockchain, there will be no paradise. It provides the opportunity to increase productivity, ensure transparency and reduce wasted time and paperwork, as well as shielding security. No wonder two-thirds of the big company are already trying to implement solutions of this kind.

The main advantages of Blockchain are decentralization, cryptographic security, transparency and immutability. It allows us to verify the information and exchange values ​​without having to resort to a third-party authority. Instead of a unique blockchain form, the technology can be configured in multiple ways. This is to meet the business objectives and requirements of a particular use case. We review some key areas and industries in which blockchain technology can add commercial value, even before large-scale adoption.

It will be possible to break administrative barriers and implement innovative business strategies. As it fosters a new infrastructure and disruptive and collaborative-based revenue models.

Positive Impact Of Blockchain On the Consumer

For example, in the medical field, where remote patient care and record-keeping presented problems in the past, blockchain advances provide ways to overcome those barriers through the use of synchronized records and monitoring devices. smart attention on the net.

This technology will speed up the transition from farm to market products, linking small farmers to the supply chain. Blockchain also solves problems such as food waste.

Increasing efficiency and reducing costs, in addition to reducing the risk of fraud.

The possibility of the blocking chain becoming a new open standard protocol for trusted records, identities and transactions cannot be ruled out without further ado. Blockchain technology can solve the need for an entity to manage, store and finance a database. True peer-to-peer models may become commercially viable due to the ability of the blockchain to compensate participants for their contributions with tokens (application-specific crypto active), as well as to give them a share in Any future increase in value. However, the necessary mental change and the commercial disruption that such a model would imply are immense.

In the short term, cost reduction is the strategic value of the blockchain. The blockchain may have the disturbing potential of being the basis of new operating models, but its initial impact will be to boost operational efficiency.

From financial transactions to the exchange of information, smart contracts, official records or the improvement of the traceability of food or supply chain, the blockchain, whose fame jumped to the front pages for protecting digital cryptocurrencies such as Bitcoin or Ethereum, has a great future projection.  For all companies, authorized blockchains allow distinctive value proposals to be developed with commercial confidence, with small-scale experimentation before being extended.

The fundamental functions of certain industries are intrinsically more suitable for chain blocking solutions. The following sectors being the most valuable: financial services, government, and health. The central functions of financial services to verify and transfer information and financial assets align very closely with the central trans formative impact of the blockchain. It can solve the main problems, particularly in cross-border payments and trade financing. Through chain-based solutions that reduce the number of intermediaries and are geographically agnostic.

As with banks, blockchain infrastructure enables the key functions of record keeping and verification governments to achieve large administrative savings. Public data is often opaque among government agencies and between businesses, citizens and control agencies. In the treatment of data, from birth certificates to taxes, blockchain-based registrations and smart contracts can simplify interactions with citizens and, at the same time, increase data security. Many public sector applications, such as blockchain-based identity records, would serve as key solutions and standards for the economy in general.

The benefits of reducing the complexity of transactions and costs, as well as improvements in transparency and fraud controls, can be captured by existing institutions and multi-party transactions using the appropriate blockchain architecture. Economic incentives to capture value opportunities are driving traditional operators to take advantage of the blockchain instead of being overcome by it. Therefore, the commercial model that has more chances of success in the short term is that of the authorized chain of blockade and not the public. Public blocking chains, such as Bitcoin, do not have a central authority and are the facilitators of total disinter-mediation.

Within healthcare, chain blocking could be the key to unlocking the value of data availability and the exchange between providers, patients, insurers and researchers. Blockchain-based health records can not only facilitate greater administrative efficiency but also provide researchers with access to historical data sets that are not identifiable by the patient, which are crucial to advances in medical research. Smart contracts could give patients more control over their data and even the possibility of marketing access to the data. For example, patients could charge pharmaceutical companies for accessing or using their data in drug research.

Over time, the value of the blockchain will go from driving cost reduction to allowing completely new business models. One of the most promising and trans formative use cases is the creation of a distributed and secure digital identity. These both are for the identity of the consumer and for the process of “knowing your customer” and the services associated with it. However, the new business models that this would create are a longer-term possibility due to current feasibility limitations.