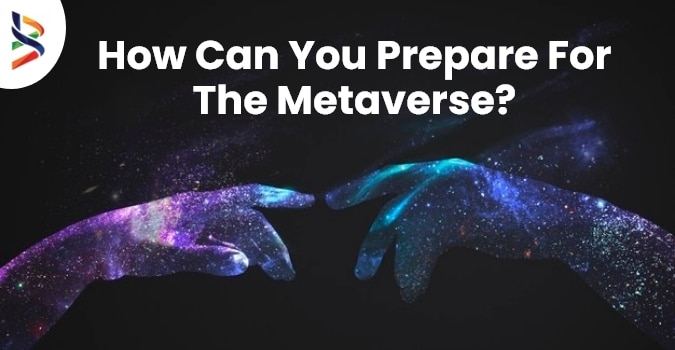 How can you prepare for the metaverse?

Tech giants are preparing for metaverse, an idea that’s still in the process of being developed

Imagine you are walking along the street. Then, you start thinking of a product that you would like to purchase. Right next to you there is a vending machine packed with the item and variants you had been thinking about. You stop, choose one item from the machine, and it’s delivered to your home then you continue in your journey.

Imagine a couple: the scenario of a husband and wife. The husband invites them to go to the shop, but she isn’t sure of the name or type of item she’s looking for. The brain-computer interface device detects it for her and then sends the link to her husband’s gadget, as well as the stores and aisles it’s within.

The metaverse is a place of a world of alternate digital worlds in which people play, work and socialize. It’s known as the metaverse, the mirror universe it’s as well as the AR Cloud, the Magicverse or the Spatial internet or Live Maps however one thing is certain it’s coming soon and it’s huge.

Google Metaverse, and you’ll discover a myriad of definitions. Wikipedia describes it as being a”collective virtual shared space created by the merging of virtualized physical reality and persistently physically based virtual space, which includes the entirety of digital worlds and augmented reality along with the Internet. The term “metaverse” is a portmanteau of the prefix “meta” (meaning beyond) and “universe”; the term is used to refer to the idea of a possible future version of the internet that is made by shared, perpetual, 3D virtual spaces linked to a virtual world that is perceived as.

In the present, you are able to access the internet when you visit it. However, with the advancement of technology, connectivity, and devices it will be possible to enjoy it everywhere each and every day.

Ads in the metaverse, companies are often an integral part of the metaverse. Frederic Descamps, CEO of Manticore games, stated “Even in the film “Ready, Player, One’, who created the metaverse? It’s entirely about creating.” Brands need to take this issue seriously and with ethics , and not create a world one big ad. This is of the greatest importance.

Just like in the actual world, CMOs must have an understanding of the society within the virtual world. Digital clothing, world-building or marketing could affect brands. In December, 2019, the clothing choices were announced for GTA V that looked similar to what protesters were wearing in Hong Kong wore. In the game “players dressed as Hong Kong protesters took to the [fictional] streets of Los Santos.” Gamers dressed in black, wearing yellow hard hats , gas masks, rioted during the game. Chinese players reacted they dressed their characters as police officers, fighting back gamers who dressed as protesters.

The metaverse is where the people aren’t just wandering around in a single place. They’ll be in relations, friendships (with self-contained NPCs or holograms and other individuals) which will influence their choices. Brands will have to keep evolving to the changing styles of relationship interaction and play. Customers will not be able to communicate with brands on social media. They’ll be capable of engaging with them in a 3D form.

Shopping online is a standard in the world of metaphysics. It’s not just about testing out clothes that people can buy in real-world purchases. Virtual fashion avatar “skins”, and virtual real estate (housing vehicles, homes and so on.) will each have their own value in the virtual world. Businesses will need to create brand names for people of different levels of their wealth. Investors who are heavily invested in the metaverse might have their own business and properties, so they may be able to share opportunities with companies that do not exist in physical reality.

Fashion is a major element of creating a character being represented through an avatar. Fashion houses and designers are able to participate in the market for digital-first clothing. The metaverse revolves around the concept of identity in ways that were not previously possible.

In Fortnite the game, real-life celebrities are playing the game, and players turn into celebrities. A study from 2018 Reach3 Insights study found that “most streamers aren’t vastly different from the friends’ players already spend time with in real life, making those streamers that much more relatable and valuable.” In the metaverse, brands will not be able to conceal in the shadows with commercials, ads or even products. They will need to be friendly and approachable.

Wendy’s Twitter is a popular place to go to have the opportunity of being roast. People are drawn to companies on the metaverse simply due to the feeling of a connection and not necessarily have a need for the product or service. Wendy’s is one of the companies currently testing the metaverse.

In November of 2018 they launched in November 2018, they set up a “Food Fight” mission in Fortnite and live-streamed it on Twitch. Wendy’s did not appear as a player, however they did invite players to take on the in-game restaurant Durr Burger (as as a rebuke at Wendy’s competitors). Wendy’s went from having zero Twitch followers to over 7,400, and received about 43,500 followers in the course of the contest.

Jimmy Bennet, Wendy’s senior director of social media and media, stated that they did not spend money on Twitch or Fortnite because it’s demanding to pursue sponsored promotions than natural outreach. Bennet added, “We didn’t have to do so much heavy lifting and put so much money to support it because we were able to organically lean into the experience.” This is the kind of attitude CMOs and brands require in the future of meta-media.

Another excellent example of way the metaverse is beginning to show up in the world of entertainment is John Legend’s most recent Bigger Love virtual concert that utilized the Wave XR’s technology to broadcast the virtual John Legend, raise funds for charities and was watched by 500,000 viewers.

A new form that is currently being developed on, and it has huge consequences for the society. Marketing branding, communications, and marketing professionals will be faced with new challenges, but also opportunities. The new era of metaverse will unleash incredible imagination and create new possibilities and possibilities for both businesses and brands. The question is how do you prepare yourself?