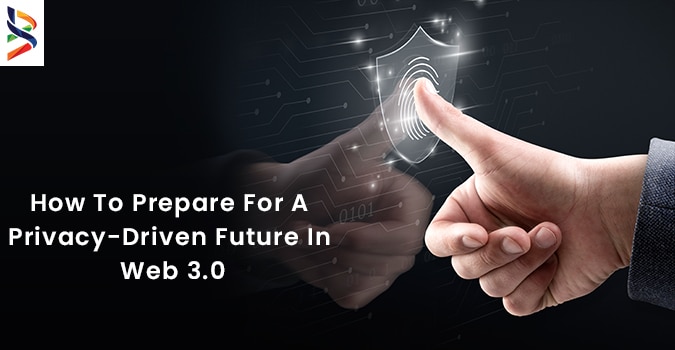 How To Prepare For A Privacy-Driven Future In Web 3.0?

We are living in a world in which companies typically collect huge volumes of user data and use
this information to add the best value. But, over time this mission didn’t work out in subtle, yet
significant ways, and the data of users is being employed in ways that users do not want to
accept.

In the last few years, the privacy of data has become a bigger issue as a result of those
unexpected effects. The public is becoming more conscious of the consequences of their
personal data being shared and used by businesses. Lawmakers and politicians are also asking
questions about how the data of users is used. A majority of the population isn’t able to
comprehend how important their personal data really is. But, it’s gradually gaining ground in the
fabric of society via issues like polarisation, confirmation bias , and other harmful factors.

In response, there are some privacy laws such as GDPR and CCPA which provide an extra
layer of protection. However, they do not take enough steps to safeguard the privacy of the
user. Instead, they mainly let businesses mark off a few boxes.

There is still a lot of work to be completed and the internet must fundamentally alter to facilitate
an improved relationship between businesses and privacy of users. In the present, many
innovators describe this brand new fundamental shift in the online environment by calling it web
3.0. Contrary to the previous Web 2.0,and future in  Web 3.0 creates a new world in which users can control
and are paid for their data.

The privacy laws of today allow users to enjoy greater rights to their data than they had before
the year 2018. Users in certain areas have the ability to have access to, manage and even
erase their information in certain instances. Although this is a good thing, it’s often difficult to
figure out how to get access to your information and the way it was used, and how you can limit
your access. Most of the time, privacy warnings that are displayed on the majority of websites
and applications are lengthy and confusing for the typical user. According to a study from the
end of 2019 by Pew Research, 81 percent of US adults still believe that they have very little or
none control over the data that is collected.

With the amount of data available, it’s evident that privacy laws
aren’t able to solve large portions of privacy issues as of yet.

What do we do next?

What can future in Web 3.0 improve security? One word is blockchain. Imagine a world where users’
personal data is held by them in a transparent manner and isn’t controlled by any single entity
and users are able to easily identify who has access information and the kind of access they’ve

As an executive who’s been studying blockchain in depth and whose business has built many
ad technology Here are a few ways I believe that future in web 3.0 and blockchain can help create a
more secure future for users and take away some of the negative effects of the present day
companies:

1. Blockchain technology By default, blockchain technology is an uncentralized type of
technology which allows no one or group to take complete control over the ecosystem. Instead,
all users have the control. There is no one central authority for blockchain, it’s an information
storage system that stores records, while also ensuring algorithmic privacy and security.

2. The ecosystem needs to be rewarded with the right incentives. The best blockchain
frameworks have thought about the incentive to ensure that every actor including those who
manage the ledger and run the network, to the companies which build on top of the blockchain,
operate in a fair and transparent manner. If they fail to do so then, the actors could be penalised
based on the rules of blockchain or collective vote.

3. Users are able to and will continue to give their information away However, they’ll be aware
precisely how the data is used. If blockchain is properly implemented it is up to the users to
determine when, how, and for how long they will share their personal data. They should also be
aware of the way in which it’s used. If a business sells user information to a third-party it is
important for the user to know the companies that it was given to. If search results in Google
serve to forecast and display users with a specific advertisement, they should be aware of the
same.

4. The user can opt out of the information they have shared at any point. If a person isn’t happy
with the way in which their information is handled or does not want to continue in sharing their
data with a specific company in the first place, they should be able to deactivate access.

5. Less Hackable Blockchain is created to be computationally unhackable to hack in the present
due to numerous security measures. The widespread, global acceptance of Bitcoin has proven
it is blockchain is unhackable to hack so far. It is a great thing that there were 98.2 million users
affected by the biggest data breaches in the early quarter of 2021, according to data compiled
from ITRC as well as The US Dapartment of Health and Human Services. As the fight against
hackers gets more intense the blockchain technology can provide additional security.

Although we are still a long way from the widespread adoption of blockchain technology Here
are some strategies to help businesses be prepared and ready for a future that is based on
privacy to be successful and sustainable:

1. Be transparent and honest about the way you use user data. The more data a business is
able to share with its users, the more likely the customer will trust the company.

2. Make clear the value exchange you offer users when data is required to run the business.
Many companies offer benefits to those who share their personal information, but if they can
communicate clearly the value they generate the users tend to give access to the information.
This helps establish a trusting connection with the users.

3. Audit business practises to safeguard the privacy of users.

4. Keep an open mind towards the latest technologies, like blockchain, that could eventually be
the driving force behind web 3.0’s next phase of internet and users’ privacy. Although we’re
likely to be several years away from widespread adoption of web 3.0 technologies that allow for
absolute privacy, having an open mind can help companies to transition without major disruption
to their business.

In the end, Web 2.0 has driven amazing technological advancements in the world. As a natural
progression of the internet, and to address privacy and data security breaches,future in  Web 3.0 is on
the way, and blockchain could be the technology to drive this development on a large scale.