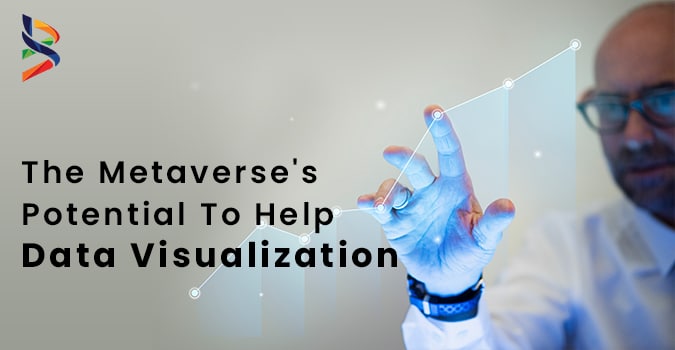 Facebook switched their names to Meta to convey to the public that their primary goal as a firm is the development of both the hardware and software needed to create and explore virtual worlds. Although not all aspects of the Metaverse is likely to be immersive Virtual and Augmented Reality are the main focus in Facebook’s Metaverse strategy. As the technology to create virtual worlds advance and expand, more industries will seek to create value from the Metaverse.

I thought I’d take the easiest first one out of first. While traditional techniques for visualization of data are limited to an X-Y planar view Data visualized in virtual reality can benefit from to take advantage of the Z dimension. Data is intricate and cannot be described in two dimensions. Although many data scientists work with large datasets with many variables select among, they generally employ dimensionality reduction methods such as Principal Components Analysis in order to better understand more complex dimensional relationships. Virtual reality offers a way that a data scientist could visualise another Principal Component along the Z-axis. This could greatly assist in trying to comprehend visually the deeper dimensional correlations.

A Deeper Interaction With Data

With Tableau or any other software for data visualization There are methods to use different filters that allow you to choose certain data. Virtual reality allows interactions such as these could be more complex. For the model I created using laser pointers to enable users to choose any point in the virtual space and then pull up all of the data available on that particular point. Although it worked, I believe there are possibilities to go further than this. For instance, you could make use of lasers to pick outliers you want to keep out of your analysis. You could also take the complete 3D plot and rotate it around to see the data from a desired perspective. I believe the possibilities are limitless!

Virtual reality can provide some “WOW” aspect for people who are new to VR. When I first got into VR and enjoyed it so much that I began to think about ways I could develop an VR application that would leverage my love of mathematics and statistics. Data scientists sometimes have difficult conveying the outcomes of their research to those whose role is to take decisions based on data. Data visualization is an essential part of a the tools used by data scientists to connect the gap in knowledge between the data scientist and the decisions that each takes at the executive level of businesses. Because visualizing data using VR is much more enjoyable than looking at data in the standard 2D form, I believe that VR could be a method to aid decision makers in understanding the data they use to make their choices.

There’s a problem It’s that the Big Data revolution of the past decade has generated excessive data in a short period of time for many companies. This is due to the dispersed Internet of Things sensors, for instance, which collect data about the way machines work.

As per Cisco, only 26% of businesses in a recent survey said they had found their IoT initiatives have proved productive. Even more troubling, less than one percent of data that is unstructured is used or analyzed even.

Data scientists employ a variety of sophisticated models for interpreting data. These models are currently being developed by artificial intelligence in addition, to dig further into the data set to gain insight. However, when it comes to humans in general, those who have to actually use data in making decisions There’s an overwhelming agreement that we haven’t been able to make the data we have collected usable and accessible to people who don’t have a degree in statistics.

Data visualization using VR as well as AR may be the next major application of the technology. The early days aren’t over however, instances of 3D visualizations of data hint at major changes that are coming to the way we use data.

Brisk assists companies in streamlining their customer service processes with automated menus on phones and chatbots for instance.

The team was prompted to inquire What is the best method of creating an interactive 3D model that users could interact with? And, more importantly is how can you present over two million site contacts in a meaningful manner?