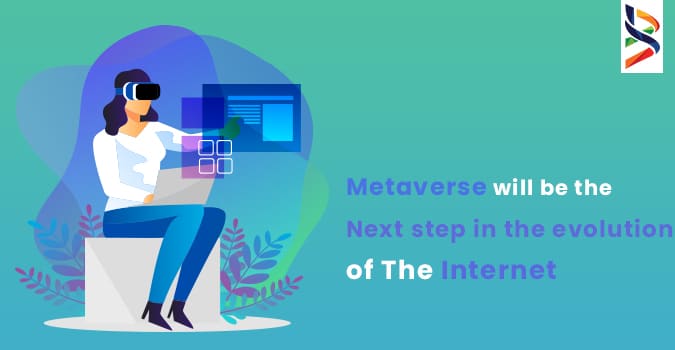 Metaverse will be the next step in the evolution of the internet.

The metaverse is an increasingly widespread concept in the field of technology. What is it and how does it affect our lives?

Imagine you are attending an event that brings thousands of people from across the globe in a virtual space that you can explore using your own avatar in the virtual world.

Metaverses are virtual reality environments that allow users to interact with computers and also other users. According to the keynote speech of Mark Zuckerberg the metaverse is principally focused on ” experiences.” Meta’s perspective of”the metaverse” as stated in the speech speech, is “a new phase of interconnected virtual experiences using technologies like virtual and augmented reality.”

The future of technology for consumers may be transformed by marketing of metaverse, a notion that blends reality and technology and is promoted particularly by the creator of Facebook, Mark Zuckerberg.

Facebook founder Mark Zuckerberg has announced that the parent company of Facebook will be renamed Meta. This is a significant strategic objective for Zuckerberg in particular, the advancement of Metaverse. It utilizes technologies such as VR and AR in order to create digital experience What is the reason why metaverses are vital?

The Metaverse is a brand new term for the future of the internet that will see everyday reality merged with realistic 3D digital experiences through virtual reality and augmented reality glasses. The public will be able meet with virtual office spaces, organize virtual conferences, and the entertainment industry will change.

In essence, people will operate in this virtual world by virtue of digital avatars that they can customize and control with virtual reality or augmented technology for augmented reality. This will also result in the digitalization and transformation of economic systems, in the event that this model is accepted by companies.

“There are numerous instances of digitalization of the economy that will result in an unprecedented growth in the computer industry across the globe. To play a key role in this era, Romania must learn from it. It is essential to introduce each child who is proficient in math and algorithms, to computer science, and to the technological advancements to come. This is what needs to be accomplished and we’ll need to put in efforts to guide them toward these careers. There are a myriad of specializations that result in graduates who are unable to find work. It’s not that there’s no need for specifications, but we need to concentrate on the requirements of the market for jobs, “he said. Daniel Metz Chairman of the Board of Directors, NTT DATA Romania.

Pandemic has changed the way that businesses conduct business. Offices have been moved to homes and communication is conducted via digital channels like Slack, email, and video conferencing applications such as Microsoft Teams or Zoom.

The next step for businesses after having learned the lessons learned from the pandemic, is to move to a completely digital system with the aid from the virtual world. The companies will no longer be able to have offices in physical locations, instead they will operate rather virtual workplaces that allow employees to meet via avatars. It will recreate some of the desktop connectivity and interaction. To achieve this, companies must provide their employees with gadgets such as virtual reality headsets. However according to the creators of the Metaverse the devices will soon be similar to smartphones. Furthermore, IT departments are required to provide an environment that is comfortable for their employees.

Over the last two years, audiences across the globe haven’t been able to attend the shows of their favourite performers due to postponement or cancellation of certain shows. Entertainment is vital for mental well-being. This is the reason why the metaverse could be utilized to host concerts featuring the most famous artists around the world without needing to travel across borders.

The idea isn’t new. It has been employed in games such as Roblox and Fortnite which featured virtual concerts that were staged with the participation of American pop star Ariana Grande. Also, we had hologram-based concerts as well as virtual influencers, who are digitally created characters which have been given an identity. Hatsune Miku is a 100 percent virtual pop singer, developed by a studio.

The future may include not just concerts within the realm of metaphysics, but the creation of artificially generated virtual identities. Moreover, virtual and real artists can be on stage together.

One of the first major implementations of the concept for virtual realities was the realm of education. In the midst of the pandemic in the early 2000s, students struggled to perform well online and teachers struggled to communicate information effectively. However, even before 2020 concepts were being developed so that students could learn about by using virtual reality, specifically for subjects that are complex like biology or chemistry. For example, atoms and molecules, or even the Human body can be easily explained through digital 3D models that students could explore using the use of a VR device.

In this future world of internet technology, which is to say, this metaverse, education and training in complicated fields like medical, may be transformed. Students will no longer have to go to labs for experiments or even see the human body. Everything could be replicated with digital technology. But, there are some voices that have warned against the metaverse because it could make it harder for humans to interact with each other and the distinction between digital and reality is likely to disappear.

The growing fascination with the metaverse can be viewed as a result of the Covid-19 epidemic. With the increasing number of people who work and attend classes at home, there’s an increasing need for new ways to enhance online interactions.

Do you think that massive-scale metaverses are possible within the next few years? The amount being put into the idea is a clear indication that it is likely to become real.

It’s become an essential part of our lives. This is what makes it logical to not add the metaverse to it?

Metaverse the business sector that is post-COVID must be paying close attention.

The idea of Metaverse first appeared in the novel by Neal Stephenson in 1992 “Snow Crash. The story is about a group of talented people who are able to come up with the concept of a virtual reality. Simply put, Metaverse is a method of technology that lets you participate with everyday activities, such as shopping or playing for work as well as conversations. It’s an immersive 3D Virtual World. With the progress of technology and science and the advancement of technology, AR and VR. Virtual world is growing more sophisticated.

The field of market research around the world Strategy Analytics expects the global Metaverse market to be around 315 trillion KRW in 2025. The market is expected to grow over six times faster than the present market. The trend will be caused through an upcoming generation called the MZ Generation.

The Metaverse’s Next Great Leap:+-

The Metaverse is a fantasy picture of the future that tech titans like Facebook founder Mark Zuckerberg are betting on as the next major leap in the internet’s evolution.It refers to shared virtual worlds where people may buy and sell land, buildings, avatars, and even names, frequently using cryptocurrency. People can go about with their friends, visit buildings, buy goods and services, and attend events in these settings.It may be possible to watch information flash past your eyes as you walk around a city using augmented reality glasses, ranging from traffic and pollution updates to local history.